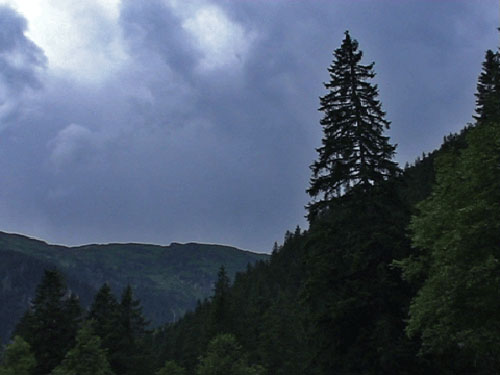 “Monolith/ life” is a joint exhibition by Aglaia Konrad (born in Austria, in 1960) and Willem Oorebeek (born in the Netherlands, in 1953). Both live in Brussels but have never exhibited together before. While Aglaia Konrad explores the structure of spaces and perspectives, the appropriation of space and the composition of social forms through the medium of photography and film, Willem Oorebeek works with levels of perception in the printed and pictorial media.The starting point for their joint exhibition in Florence was a 16mm film Aglaia Konrad shot in the marble quarries of Carrara in 2010 while resident as an international visiting artist at the Villa Roma. It is part of her cycle of 16mm films, “Concrete & Samples”, dedicated to sculptural architects, which is now being shown in full.Also premiered is the video “Angertal”, which records the architecture of ants in a small biotope in an Austrian valley and intercuts the diligent work of the insects with fundamental questions about senses of belief, perspective and orientation. “Angertal” is being shown in the new garden pavilion of the Villa Romana.The “Monolith/ life” exhibition thematizes the presentation of films in a space installation developed specially for the rooms of the Villa Romana in collaboration with the Belgian architect Kris Kimpe. It is accompanied by a printed edition, which bears a motif based on Bruegel’s “Tower of Babel”.

Aglaia Konrad has taken part in numerous international exhibitions, including among others “documentaX”, 1997 in Kassel, “Cities on the Move” 1998 and 1999 (Bordeaux, New York, London, Helsinki, Vienna), the Shanghai Biennale 2000, “Gazes of Architecture on the Body”, Tokyo Wonder Site and Museum of Contemporary Art, Kumamoto (2010), as well as “In the First Circle” and the Barcelona Tapies Foundation (2011). In 2009, the Museum of Contemporary Art in Siegen granted Aglaia Konrad and Armin Linke a joint exhibition.

Willem Oorebeek has simultaneous exhibitions in the autumn of 2011 in both the Robert Miller Gallery in New York and at Modern Art in London. In 1994, he had a solo exhibition in the Witte de With in Rotterdam, and in 1997 his art was on display in the Netherlands Pavilion at the Venice Biennale. His works were exhibited at the Generali Foundation in Vienna (2011), at the Culturgest in Lisbon (2008), at the SMAK in Ghent (2006), at the Badischer Kunstverein in Karlsruhe (2004) and in the Boymans-van Beuningen Museum, Rotterdam (1988; 2001), among others.