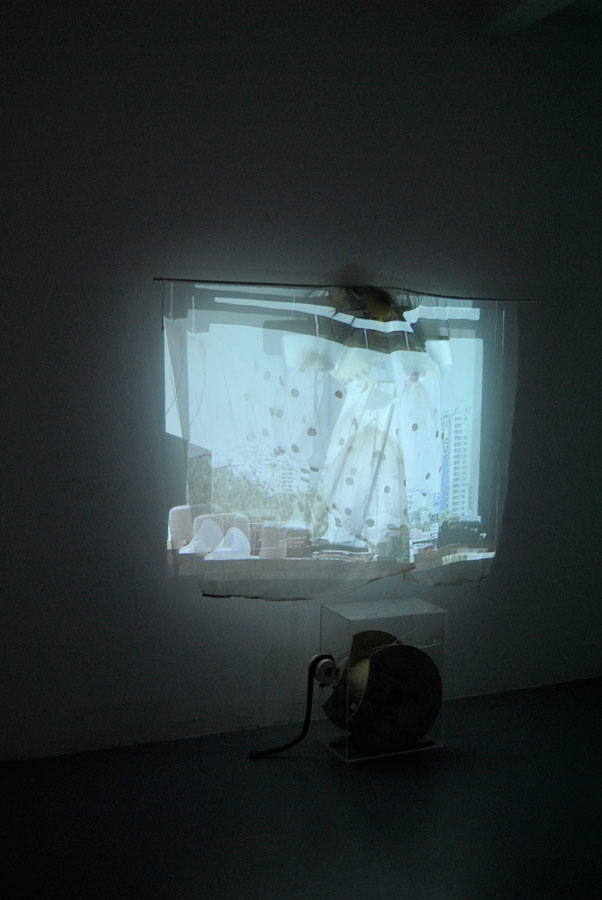 Among them are internationally renowned artists such as Johan Tahon, Honoré d’O and Leo Copers. Together with Wouter Cox, Peter De Bruyne, Bert Drieghe, French Gentils, Tom Jooris, Peter Puype, Lore Rabaut & Frank Depoorter, Ilse Roman, Bruno Vandenberghe, Caroline Van Der Straeten and Nicholas Eeckhoudt, they pull a surprisingly artistic trail through the old factory building with sculptures, paintings, photographs, projections, performances and spatial interventions. The British duo The Caravan Gallery crosses the canal. For two weekends, they will settle their caravan at the entrance of the factory building and make a work of art in interaction with the visitors and local people.

The Dutch word ‘Aangeraakt’ (Touched) refers primarily to a verse line from a social anthem De Internationale. In 1900, the Belgian poet Henriette Roland Holst wrote: Begeerte heeft ons aangeraakt! (Desire touched us!). From this point of view, the exhibition is directly related to the past, the history of the factory which was established in 1908 and to the former proletarian city of Wetteren.

At that time, the residents of Wetteren were still reeling from the Great Strike of 1907 in the textile factory of Felix Beernaerts. It was the first showdown between the factory leaders and socialist trade unions outside the major cities.

Also, the word ‘Aangeraakt’ has a central role in Catholic tradition. It appears regularly in literature from cardinals like Augustine to poets like Hadewych and afterwards in the texts of mystics. In their effort to describe the encounter with the ‘Supreme’, they resort to earthly, sensual experiences. They describe the divine love as a stunning sensual and physical touch.

These two associations of ‘Aangeraakt’, the striving to elevate and sublimate life’s ordinarity on the one hand, and the earthly and sensual translation of the divine on the other hand, are the poles in which this exhibition is located.