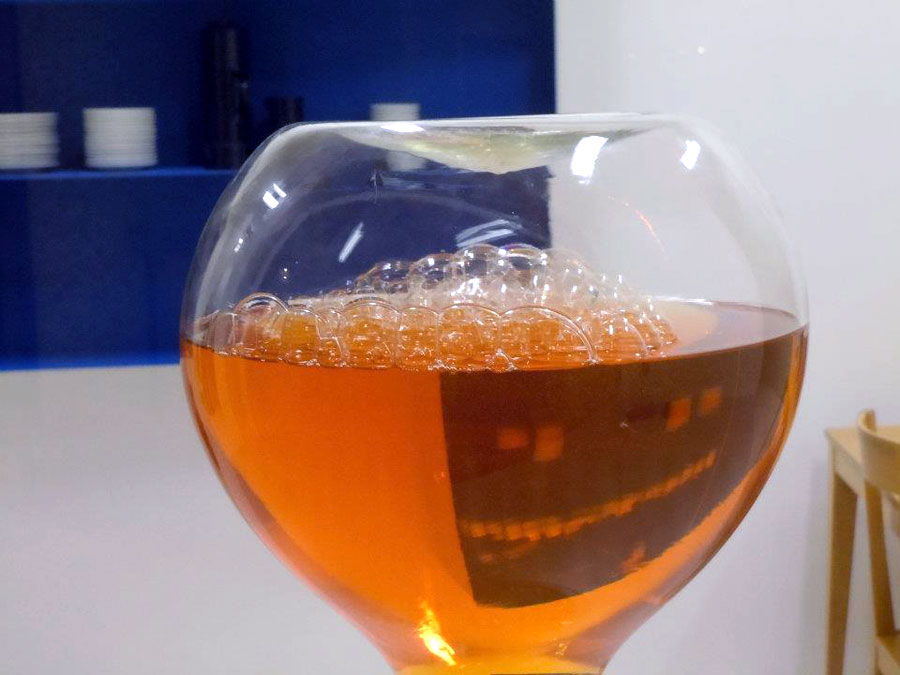 SmallTalk is a series of lectures that take place at irregular intervals in the Atelier of the Flemish Government Architect. The contents of these lectures closely relate to the programme of the Team.

For the interior design of the Atelier the Team Vlaams Bouwmeester collaborated with visual artist Suchan Kinoshita (b. 1960, Tokyo – lives and works in Maastricht).

En passant: Scenario for a Passage is an especially for the Atelier devised new commission, inspired by the passage character of the place. Suchan Kinoshita’s intervention responds to the passage of time and the changing functions of the Atelier, taking into account the differences between day and night, between moments of activity and moments of rest.

En passant: Scenario for a Passage is a layered project that includes several elements. Two of them were realized at the opening of the Atelier. The first chapter of her script focuses the attention of the passerby on the interior of the Atelier through a composition for two voices and a light bulb. In the second component, a so-called ‘clock’, the individualized, subjective experience of time plays an important role. The third part, an installation that draws footsteps and other noises from the Ravensteingalerij into the Atelier space, will enter into force May 2012.

Following this new creation Suchan Kinoshita brings Acte de Présence, a performance in which the idea of the performance itself is central.

Reservation required (only 50 seats) at:
bouwmeester@vlaanderen.be with reference SmallTalk 22/5 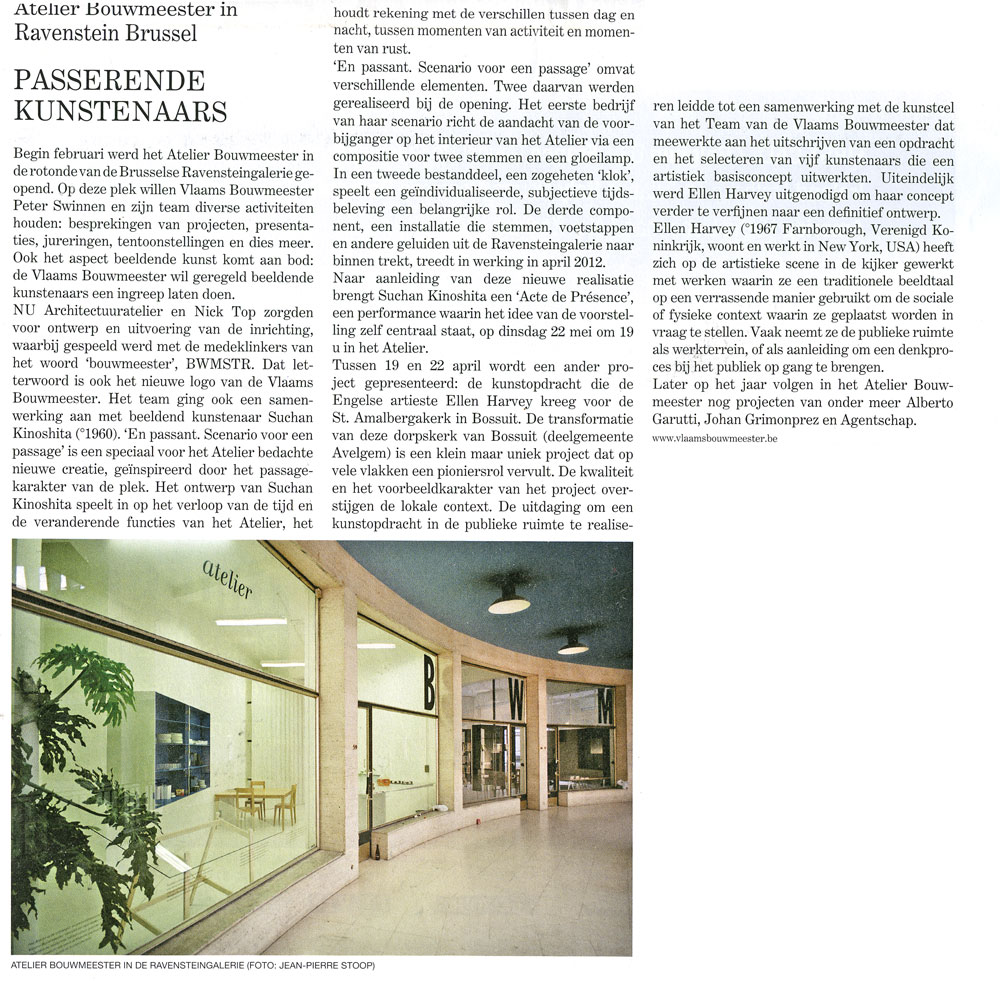