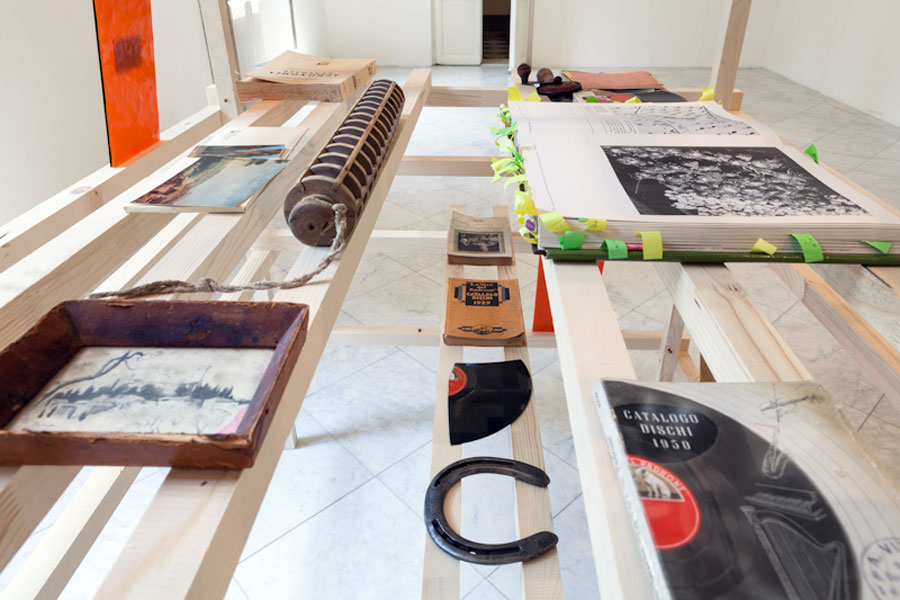 The NAK. Neuer Aachener Kunstverein is pleased to announce that Maastrict-based artist Eleni Kamma is the first winner of the PREIS FÜR JUNGE KUNST PRIIJS VOOR JONGE KUNST PRIX DE L’ART JEUNE. In addition to a cash prize of 3.000,- Euro, the artist will present her work in a solo exhibition at the NAK. Neuer Aachener Kunstverein in October 2012. The exhibition will be accompanied by a publication.

The PREIS FÜR JUNGE KUNST was awarded for the very first time in 2012 by the NAK. Neuer Aachener Kunstverein and STAWAG, Stadtwerke Aachen AG and is made possible through the generous support of STAWAG. The prize is given to artists under forty years old and who were born, educated, or live and work in the Meuse-Rhine Euroregion. STAWAG Executive Board Director Dr. Christian Becker explains the energy concern’s decision to sponsor the prize as follows: « Promoting young talent is a central focus of STAWAG’s community involvement. I am delighted that we can offer young and upcoming artists a chance to develop their work through the NAK art prize and contribute in this way to ensuring that Aachen remains a source of inspiration for innovative ideas. »

« Athens-born of Cypriot origin Eleni Kamma (*1973) focuses on the inherent gaps and contradictions within existing cultural narratives and structures. In her books, drawings, videos and installations she investigates possibilities for a future architecture that rejects binary oppositional systems of thought and accepts rather than tolerates « other » positions. Her interest lies in narrative representations of transformation.

Issues of memory, authenticity and identity take centre stage in Kamma’s artistic practice. It often takes the form of real objects or stories that are constituted as stereotypes through omission of their actual history. By revisiting systems of classification and strategies of description and taxonomy, Kamma examines the relation of the cliché, the banal and the stereotype, to the formation of history and the production of meaning.

Kamma’s work captivated the jury not only through the broad range of the media used and the wealth and diversity of its references, but also through its subtle reflection on space and the « appearance » of an object that suggests an in-between space.

With Kamma, the prize is awarded to an artist who maintains close ties to all three countries of the Euregio Meuse-Rhine. Currently living in Maastricht, she not only plays an active and integral part in the regional art scene but her international connections allow her to maintain a high profile within the international art field, providing visibility and evidence of the vitality of the regional art scene of the Euregio Meuse-Rhine. »

Eleni Kamma (*1973) was a Fellow Researcher at the Jan Van Eyck Academie in Maastricht in 2008-09. Moreover she is represented by Galerie Nadja Vilenne in Liège. In 2010, Kamma was an artist in resident at the WIELS Contemporary Art Centre in Brussels, and, in early 2011, she participated in the IASPIS Residency Program in Stockholm. In the same year, Eleni Kamma was also a guest artist at Villa Romana in Florence. Her works have been presented previously in Aachen in conjunction with the exhibition of the Liège-based SPACE Collection at the Atelierhaus Aachen e.V.