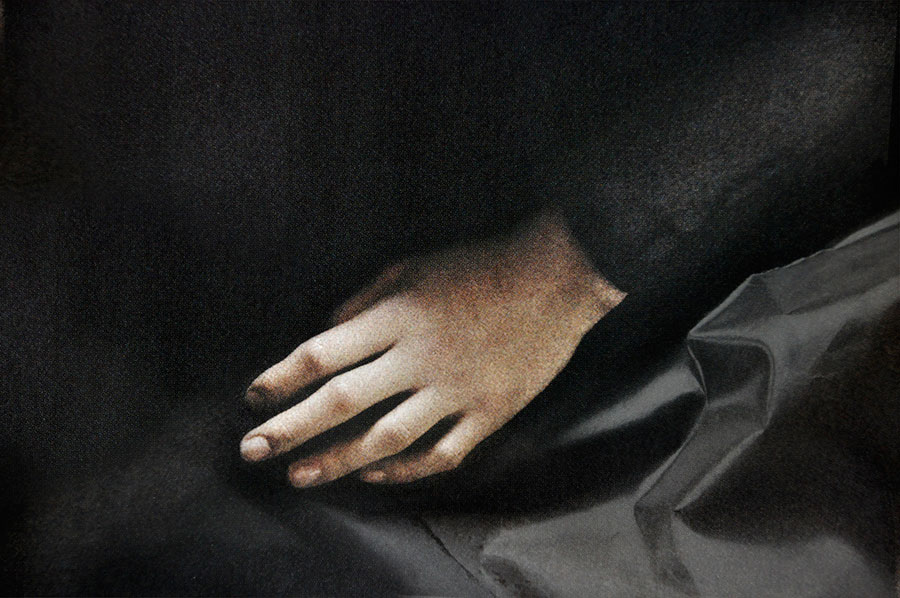 Skin. A duo presentation by Sophie Langohr & Charlotte Lagro about the human skin as a canvas and an object of research.
Visual artist Sophie Langohr (Liège, 1974) revisits the history of art by testing and reinterpreting iconographic codes expressed in historical paintings and sculptures. In doing so, Sophie simultaneously questions our current systems of representation. The new work she presents here is a follow-up to her recent series Drapery, which was shown at the last International Biennial of Photography and the Visual Arts in Liège (BIP Liège, 2014).
The work of Charlotte Lagro (Maastricht, 1989) deals with themes such as the human body and the choreo-graphy of daily acts. Simplicity, soberness, precision and concentration play a central role, both in the creation and presentation of her work. Charlotte’s work has been nominated for several prizes, including the Hermine van Bers Prijs in 2013.

MUAS #2 presents the work of artists from this region. The theme of this edition is 1.5 hours. The MUAS partnership will showcase the work of artists who live close-by and yet seem far away – a distance of 1.5 hours away by car. The idea is based on a radius of 100 km from Maastricht – an exciting region that offers a diversity of artistic environments and discourses.

Everyone is welcome. All locations will open at the same time on Saturday 18 October at 12 a.m. At 5 p.m., there will be an after-opening drink at Intro in situ. All locations will be open at the same time: from 12 a.m. to 5 p.m. during the opening weekend on Saturday 18 and Sunday 19 October, every Thursday and Friday during office hours and during the finissage on Sunday 16 November 2014.