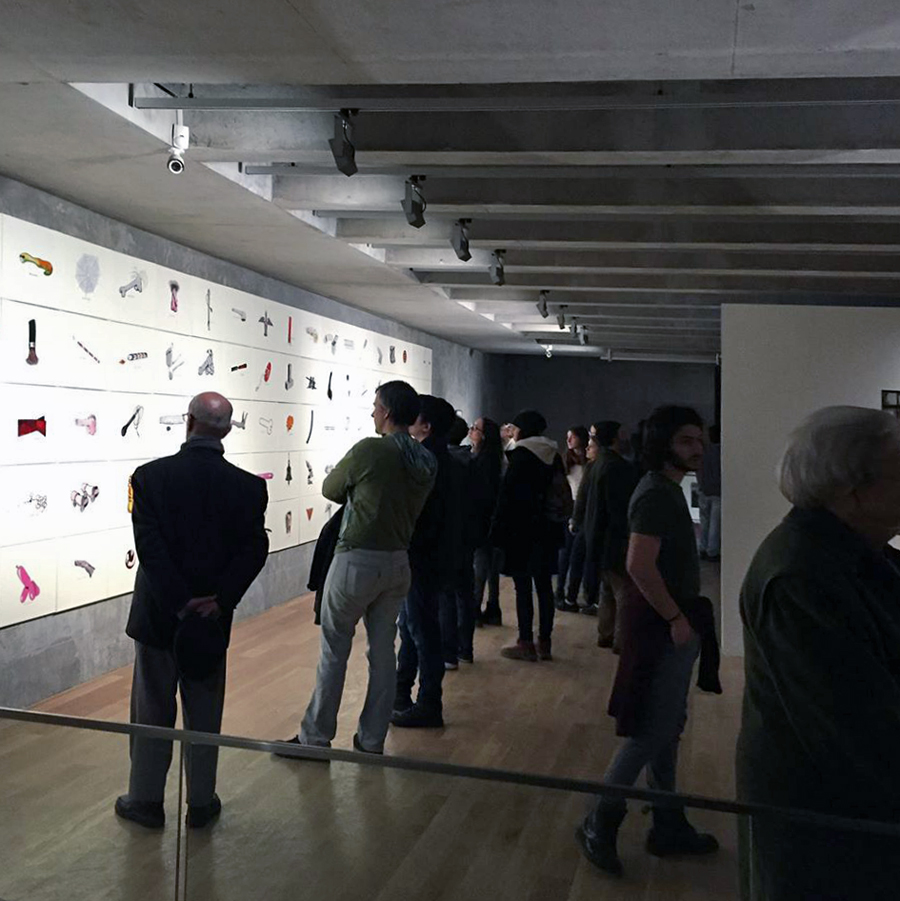 Cartoonist since 1969, Jacques Charlier claims for himself a revered tradition: that of the Comedians Salons from the XIX century. In 1973 he drew and published his first “Sexes d’Artistes”, imaginary portraits of the genitals of those artists that marked the Art History in the XX century since Marcel Duchamp. Epitomes of art today, of avant-garde practices approach and of each artist’s distinctive character features, Charlier decided in 2009 to go back to the idea and this time drew 100 artists’ sexes, creating an illustrated art history compendium. The project, censored in the Venice Biennale in 2009 for his eminently playful nature, is exposed in its integrality for the first time.

(…)The young Cuban curator Sara Alonso Gómez, responsible for the show, explains that at first she tried to find a common denominator in contemporary Belgian art, but, after the first few interviews and studio visits, she realized there was a certain denial of a national identity. This denial, perhaps brought forward by the bilingual and cross-cultural mindset in Belgium, leads to existential questioning. The Importance of Being, in its multiform shape, encompasses some of the best contemporary “Belgian” artists.

One of the more historic works in this exhibition is a film by Marcel Broodthaers, La Pluie – projet pour un texte. Broodthaers (1924-1976) is an artist known to be influenced by Magritte. They even knew one another. Following Ceci n’est pas une pipe, Marcel Broodthaers continues Magritte’s play between words and art, balancing between the cryptic and the poetic. The 1969 work on display is a clear example of this: we see the artist sitting in the rain, trying to write down a poem, which the raindrops wash away. He tries again and again, but in the end he gives up. The ink letters have turned into unreadable shapes. And this process has been filmed and shown as art.