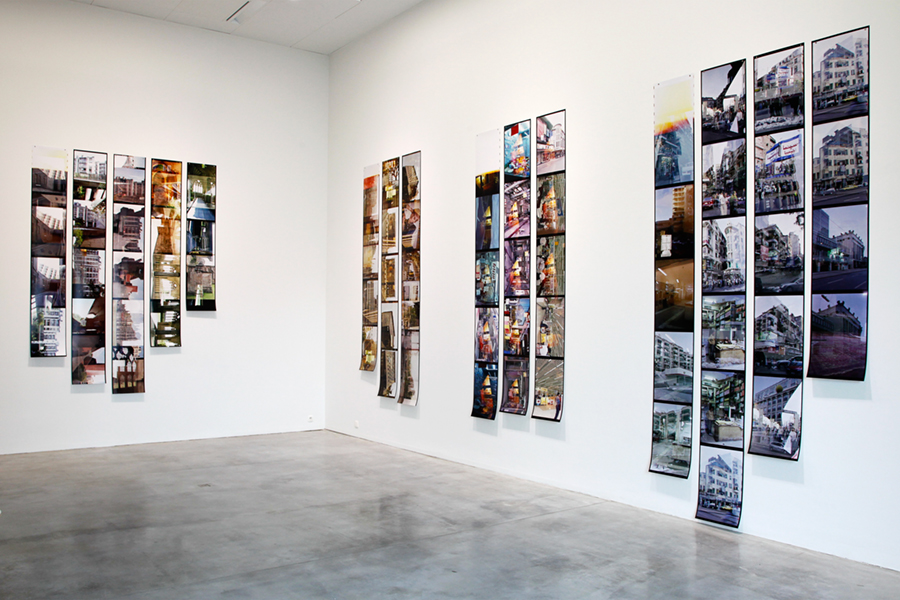 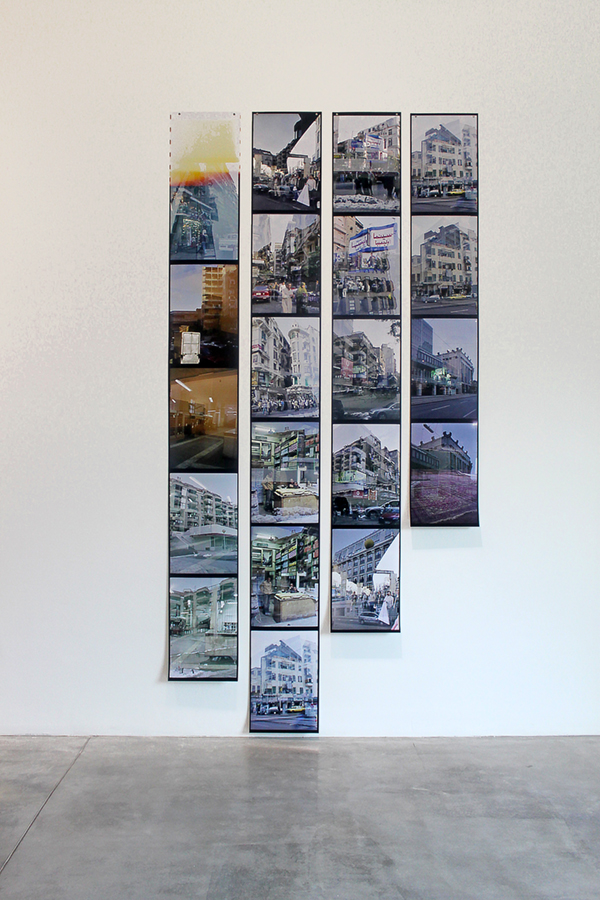 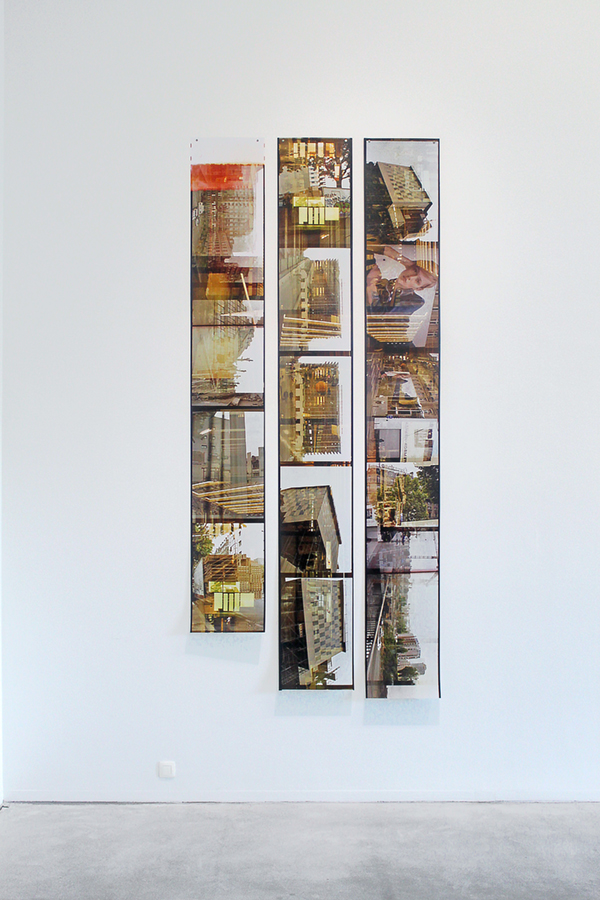 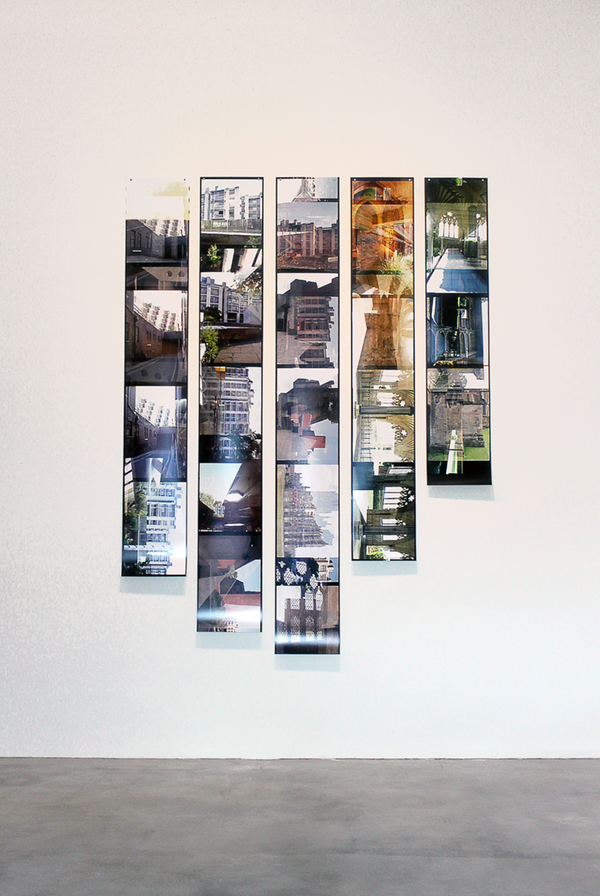 (…)The series Zweimal belichtet incorporates several rolls of film that were accidentally used twice. These mishaps were not programmed but the result of a specific working method that accompanies the analogue process. As Konrad photographs the same subjects in black and white and in colour, and hence constantly recharges her camera with different film rolls, a mix-up may occur in which she re-uses an already exposed film roll. Only after development she noticed the mistake: two shots taken at different moments and showing different subjects are mashed together in a layered and fractured image. The film rolls that unfurl before the viewer show a continuous flow of extremely hard to read images. As different spaces and times crash into one another, with their lines, colours and forms awkwardly fused, the world is no longer recognizable but becomes a hotchpotch of fragments. The double exposures are not superimposed in a discernable hierarchy, but coalesce into an intangible mess. Confronted with this clutter, the viewer starts to loose his bearings: his eye is unable to rest on one of the double takes, zooming in and out like an auto-focus camera. Indeed, the viewing experience is tantamount to what occurs while the photographer looks through his viewfinder: both observer and photographer seem immersed in that moment when the image is out of focus, when everything that meets the eye is in the process of becoming. But, while the ordeal of the photographer usually ends successfully, the viewer is not so lucky here: he remains stuck in this moment where everything still wavers between presence and absence. Although these images originated as failures, they are consciously recuperated as intriguing examples of an intrinsic part of the (analogical) photographie process. Their unreadability effectively overturns normative conceptions of the photographie image and its composition, but it also explores those unforeseen visual possibilities contained within the photographie medium. Indeed, these bewildering images are testimonial to the crucial role that chance plays in the photographie act. The photographie image, as a technological and chemical process, is the consequence of a camera that « looks » indiscriminately at the world, soaking in everything what is in front of it, making no distinction between what is important and what is not. It is in the slipstream of this automatic process that chance asserts its (potentially damaging) role. It is up to the photographer then to play with chance, to strike the right balance between control and surrender, and, in fact , to use chance as that « sting of the real » which invigorates the photograph. Yet Konrad’s double impressions seem to have arisen from a picture-taking system in which chance took over. As such, the y remind us of the dangerous (and therefore titillating) novelty the photographie act introduced in the visual culture oLthe 19th century, when, with the advent of the camera, anything could be depicted-whenever, whatever, wherever: such was the image-making credo introduced by the camera. When contingency takes the overhand and chance dominates the production of the image, the coherence the photographer is supposed to bring to the image collapses. As a result, the photographie agent is superimposed by an « other, » and perhaps more radical, image-making process, one in which the techno-scientific laws of the photographie system rule.(…) (Steven Humblet) 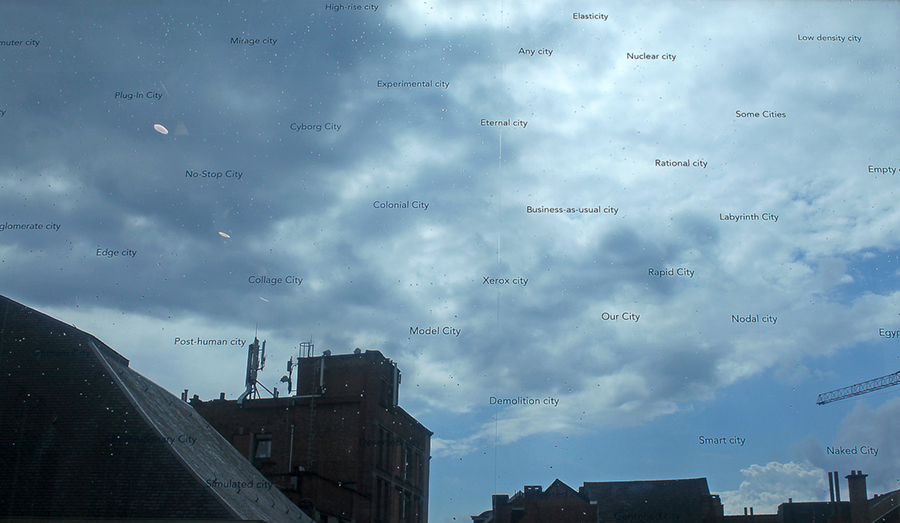 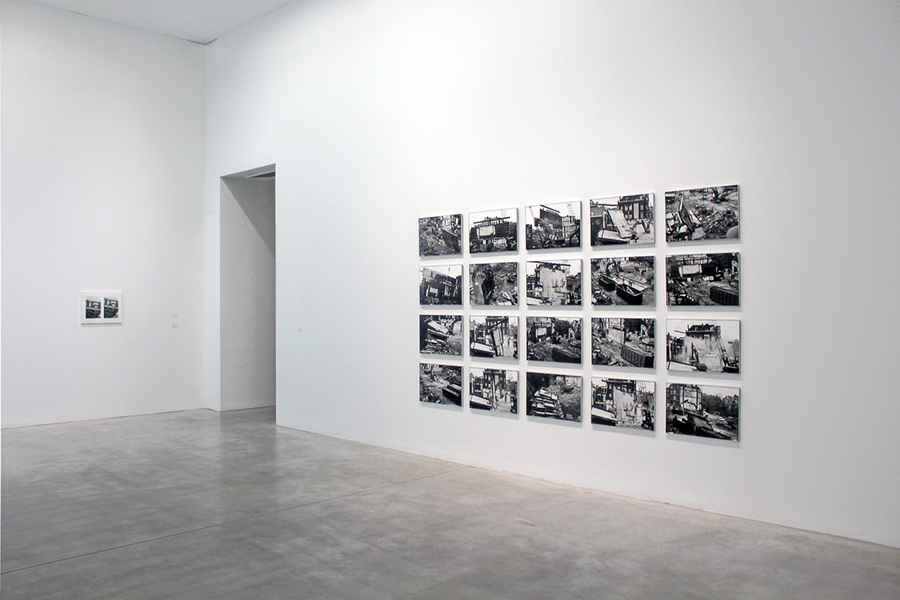 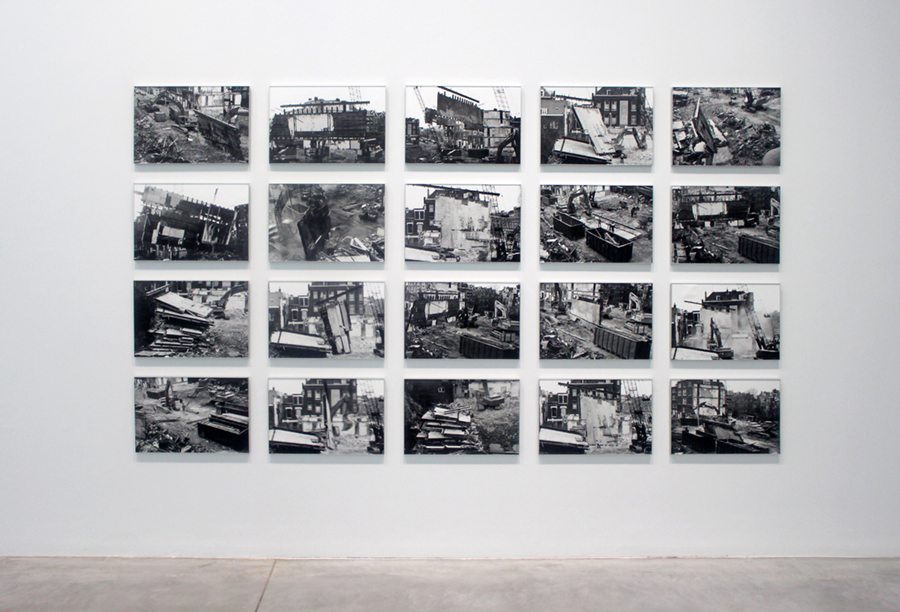 (..) Konrad’s photography plays with notions of « original » and « index, » « nature » and « culture, » with the fact that the original « stone » cannot be dated and with its « social » shaping in the historie present. This reversibility is further witnessed in Demolition City (1991/2016) the photographie series she made of the demolition of a terrace of houses on Rosier Faassenstraat in Rotterdam, which looks as if it might read either way, forwards or backwards, reiterating both the construction or deconstruction of walls, floors, and roofs.(…) (Penelope Curtis) 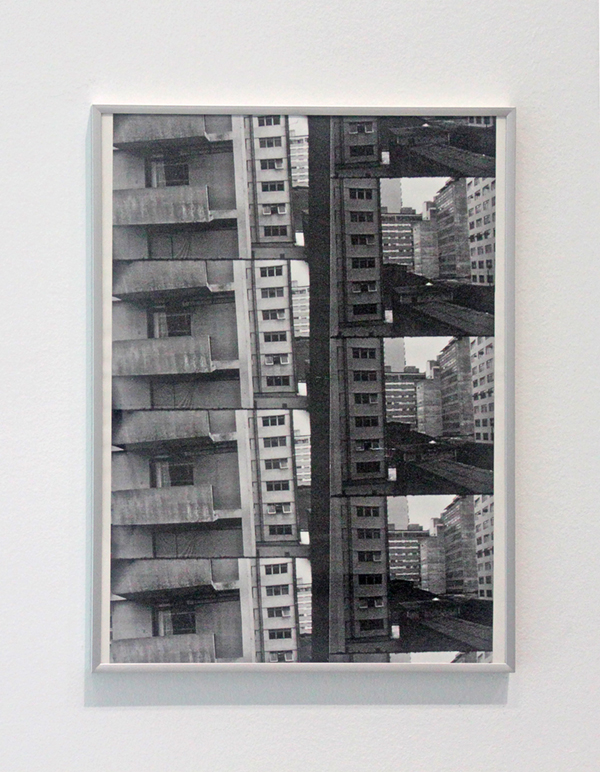 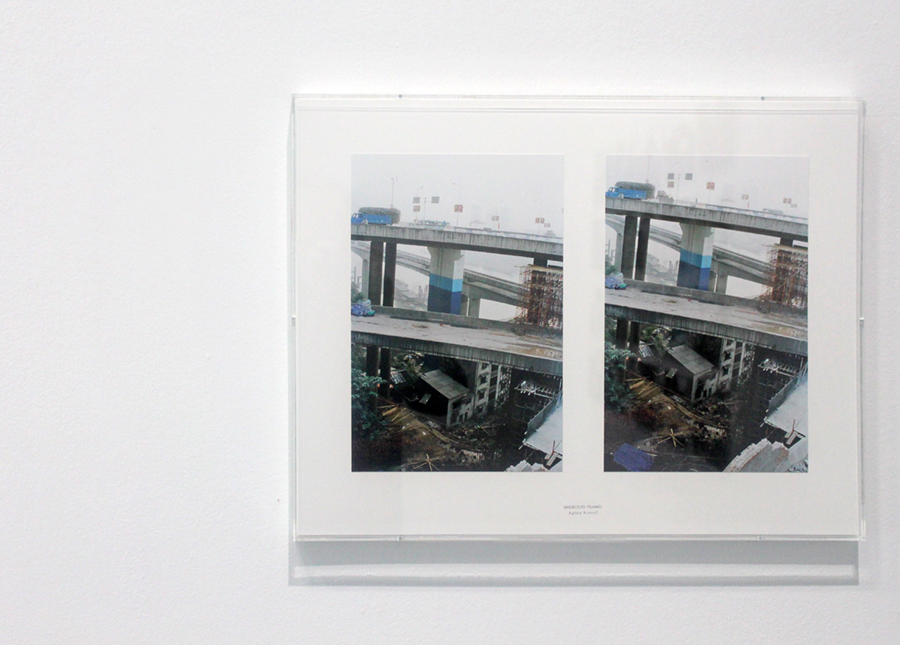