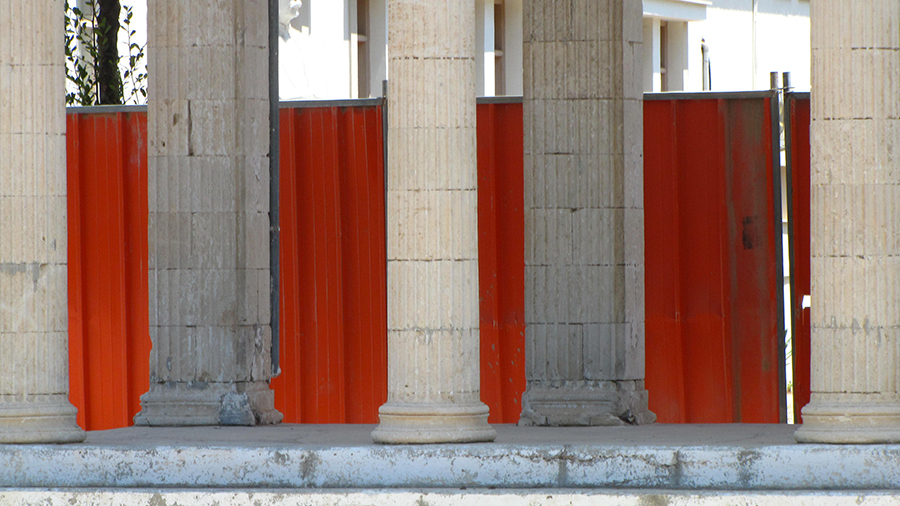 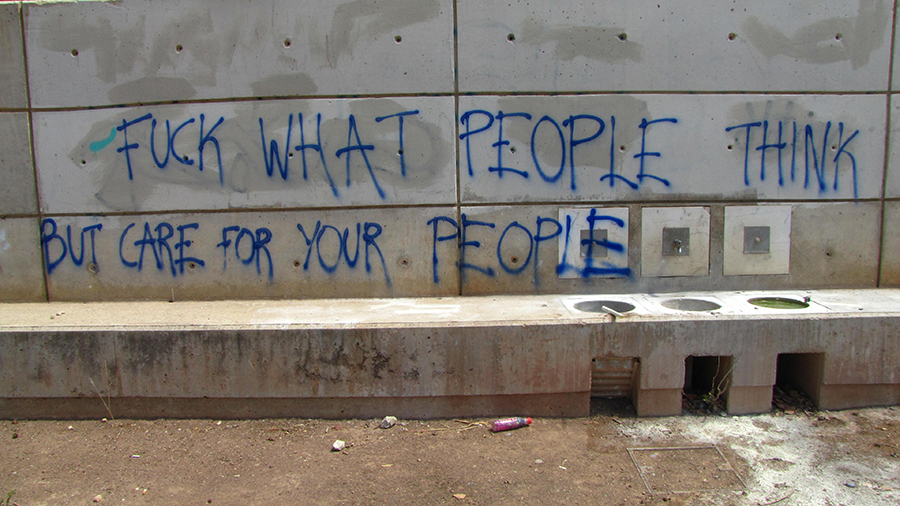 Under the thematic strand Travellers of the World and in the context of the inaugural events programme organized for the opening of Open Air Factory, the Cultural Capital of Europe Pafos2017 presents the group art exhibition Πλάνητες [Plánetes] curated by Elena Parpa. The exhibition is hosted in two venues, at the Old Powerhouse and at the Shelley Street Residence, proposing an alternative route in navigating through the space of the city.

With etymological origins in the word πλάνης (plánis), πλάνητες (pronounced plánetes) in Greek means “wanderers”, itinerants in constant move who never give up their right to come and go at will. In its literal sense, therefore, the word may refer to the old figure of the drifter and the vagabond, the gypsy and the nomad. As observed, however, by French anthropologist Michel Agier, the present moment of refugee crisis and forced migration draws attention to a different aspect of the experience of wandering. For Agier, the wanderers of today are the stateless, the refugees and the displaced living under precarious conditions in liminal zones. Having experienced war and violence, they flee home for a safer future, only to experience rejection and wandering as a permanent condition trapped between borders and makeshift encampments.

Responding to such observations, the exhibition negotiates the notion of the contemporary pláneta without compromising the word’s cosmic connotations or divergence to other interpretations. Πλανήτες (pronounced planétes) in its most widespread use in the Greek language denotes celestial bodies in orbit in a constantly expanding network of parallel universes, where Earth and its assumed fate as the only living planet in the cosmos, instigates questions relating to the mystery of existence. Is it possible to continue the discussion on the fate of humankind with an eye on our position as inhabitants of a wandering planet in cosmic abyss?

The exhibition seeks to retain this double vantage point – of the world from the Earth and of the world from outer space – in the hope of a more creative, wider and critical perspective of the present. It does so in connection with the history of Pafos and in close rapport with the group of twenty-three participating artists and groups. Working in a range of media including photography, film and video, painting, installation and text, these artists negotiate the notion through different perspectives giving rise to the various manifestations of the contemporary πλάνητα – as migrant, refugee, traveller, gypsy, outsider or even as a mutative architectural structure and object that comes to us from distant times. 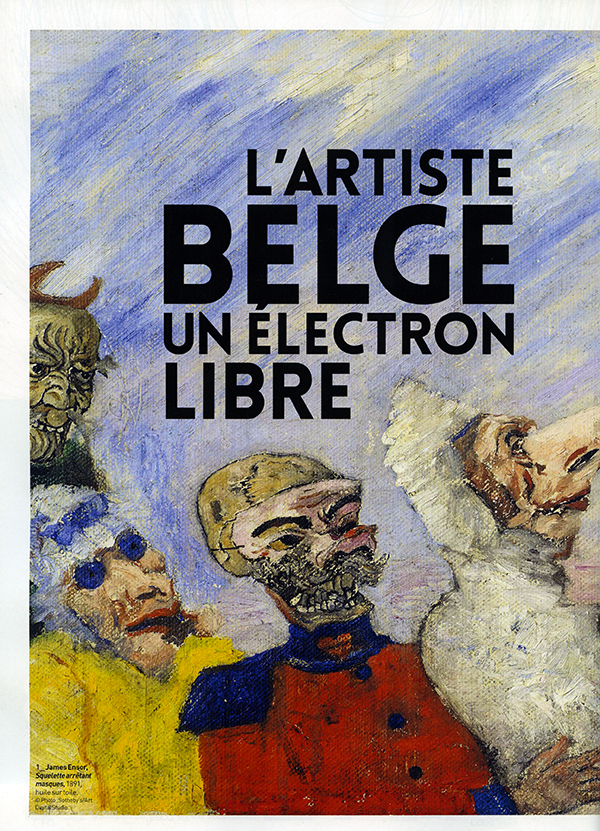 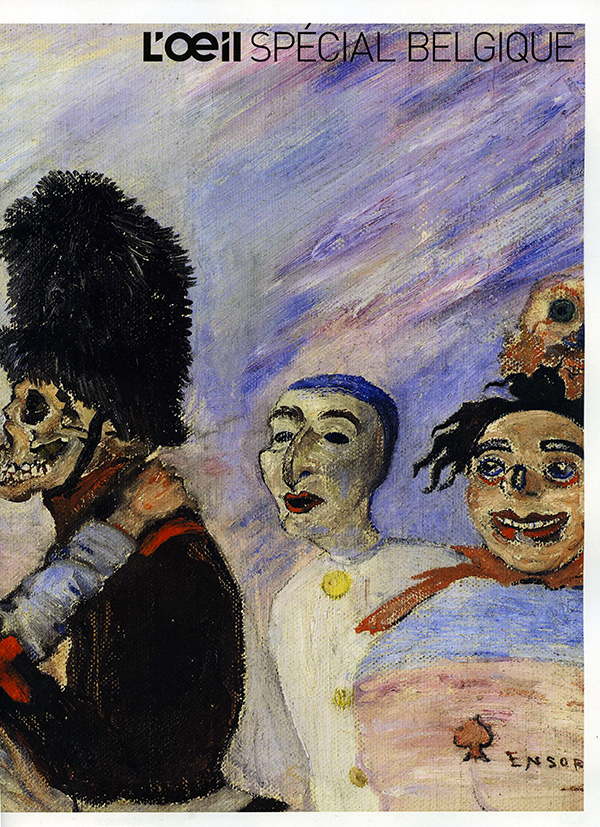 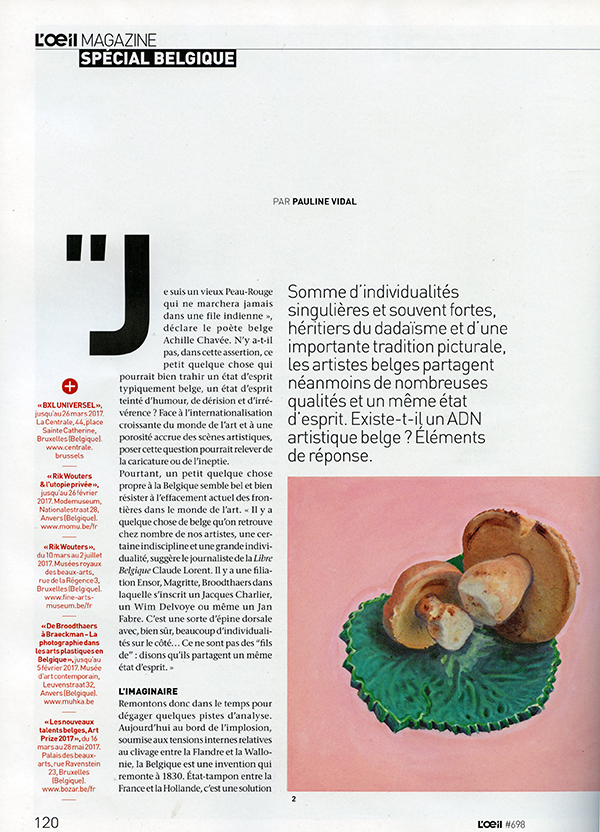 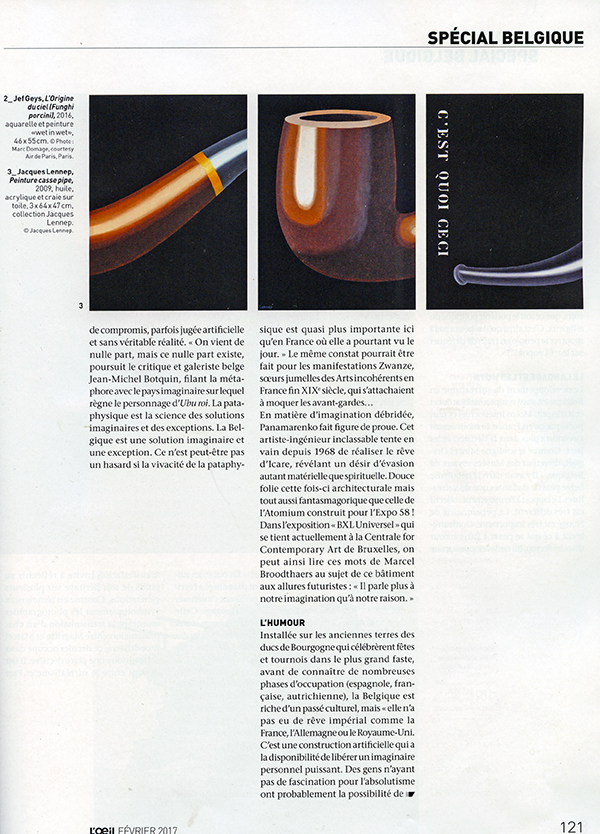 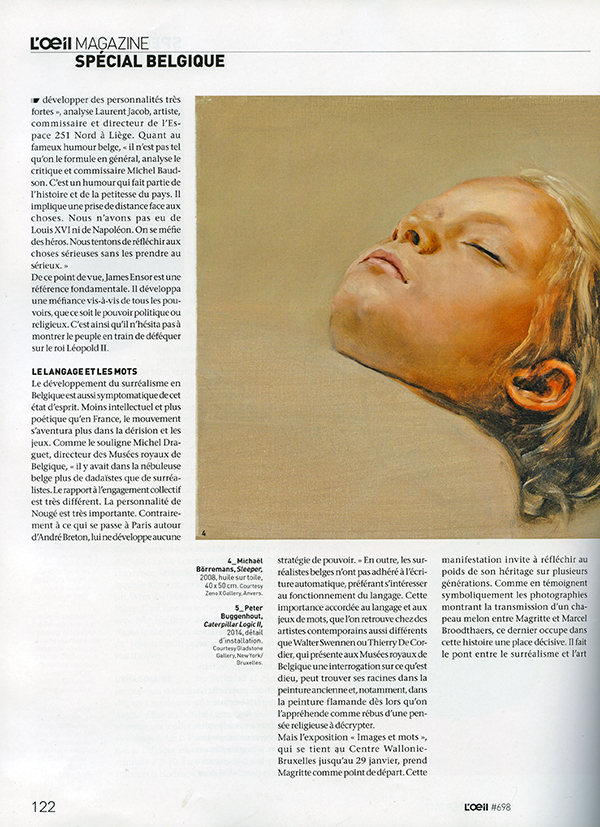 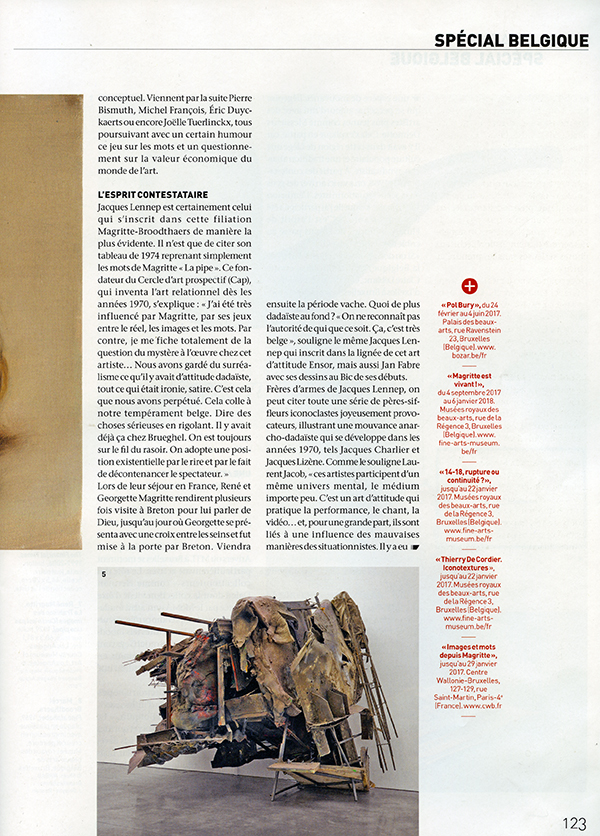 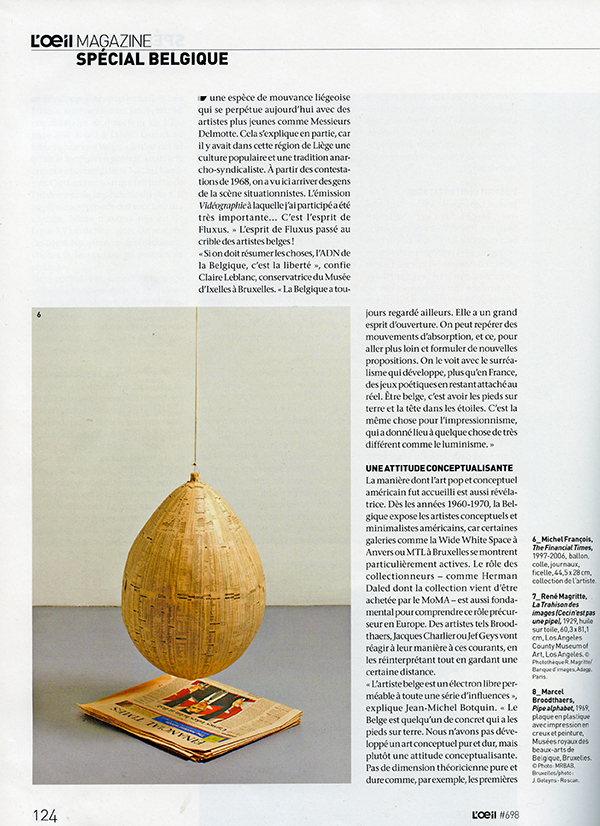 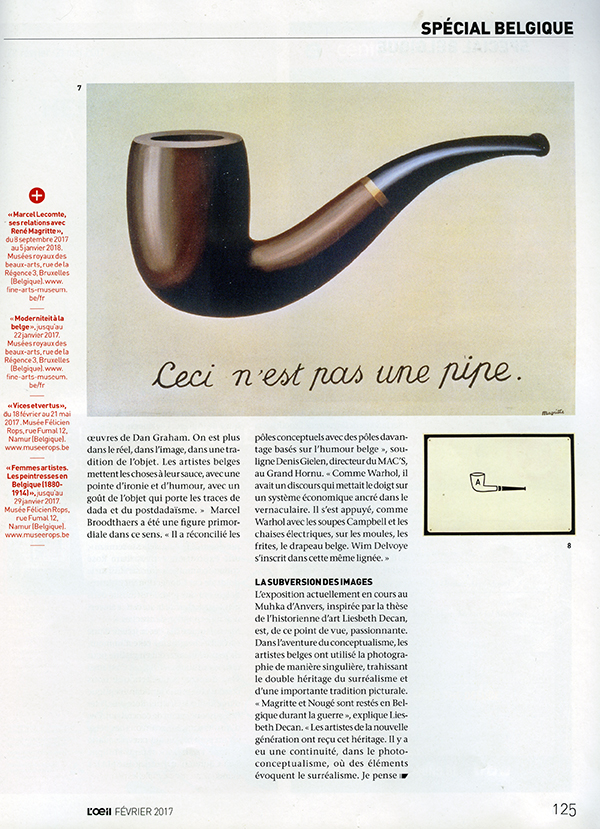 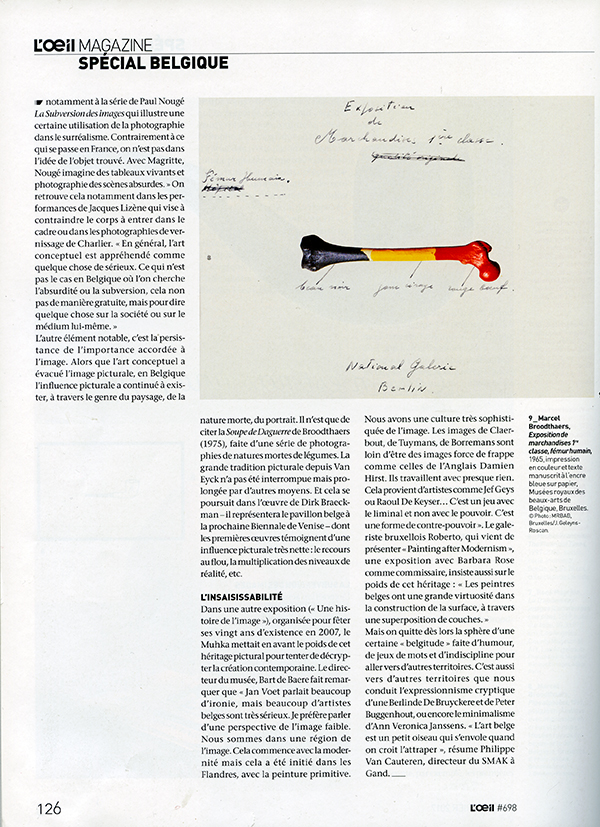 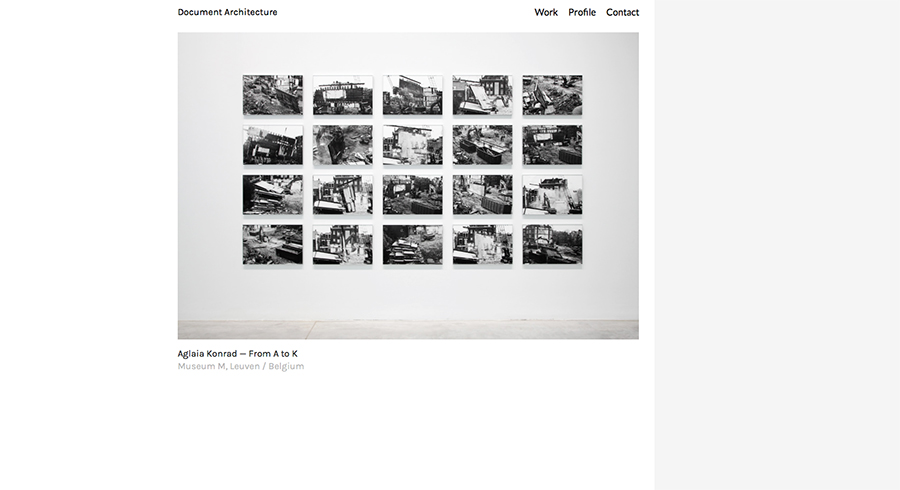 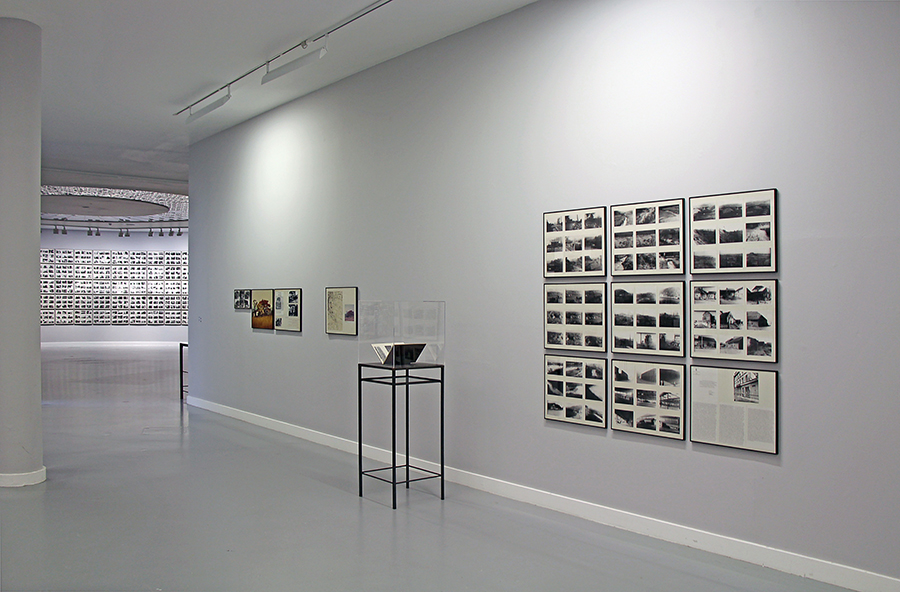 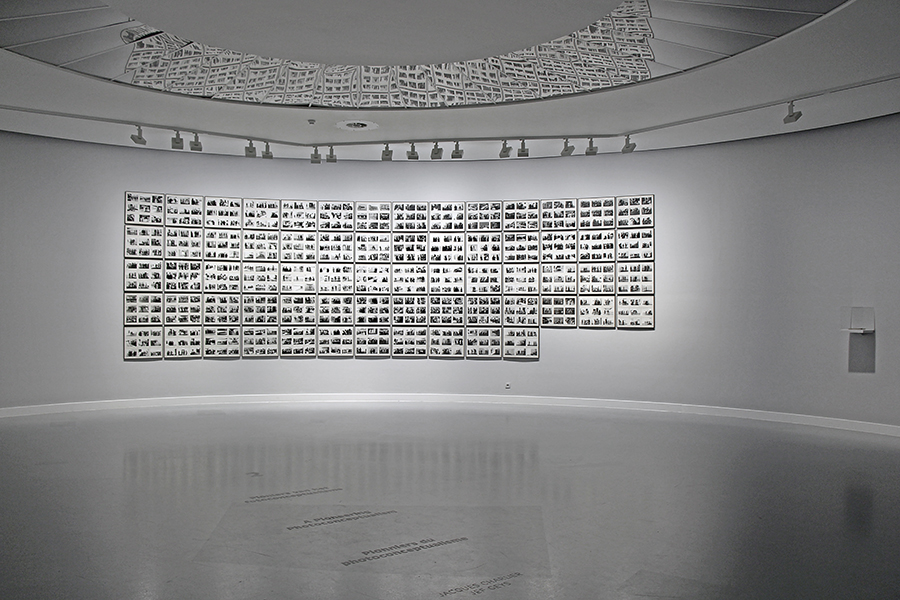 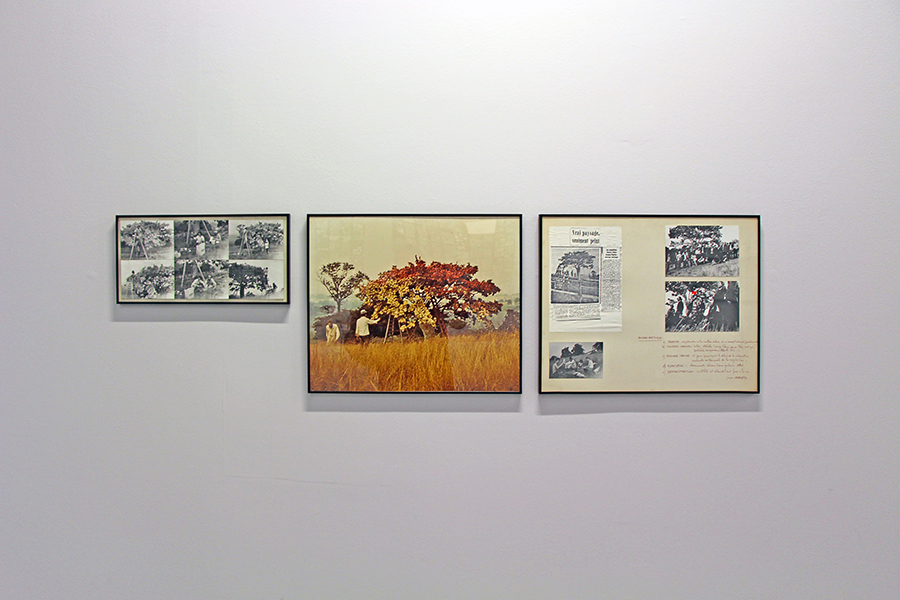 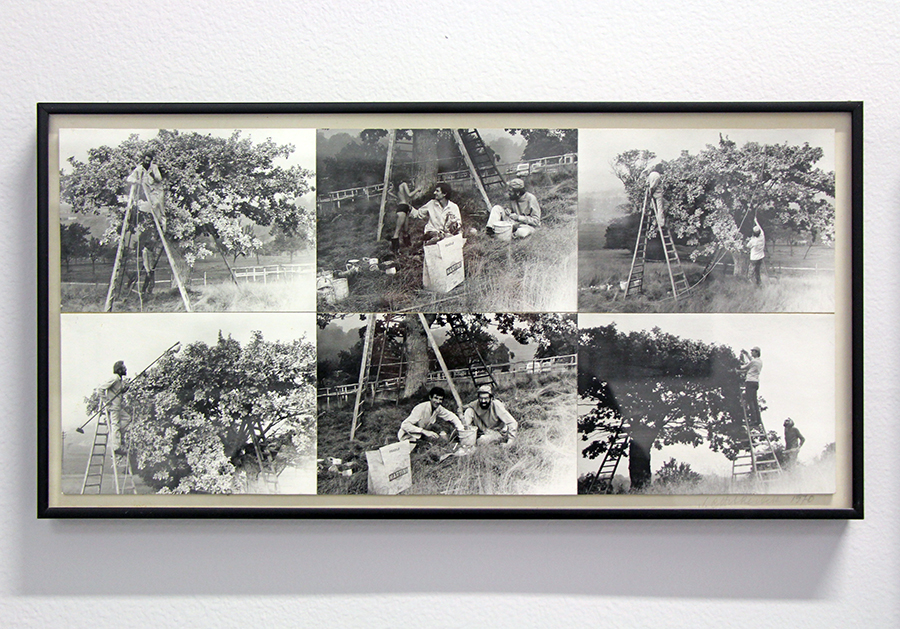 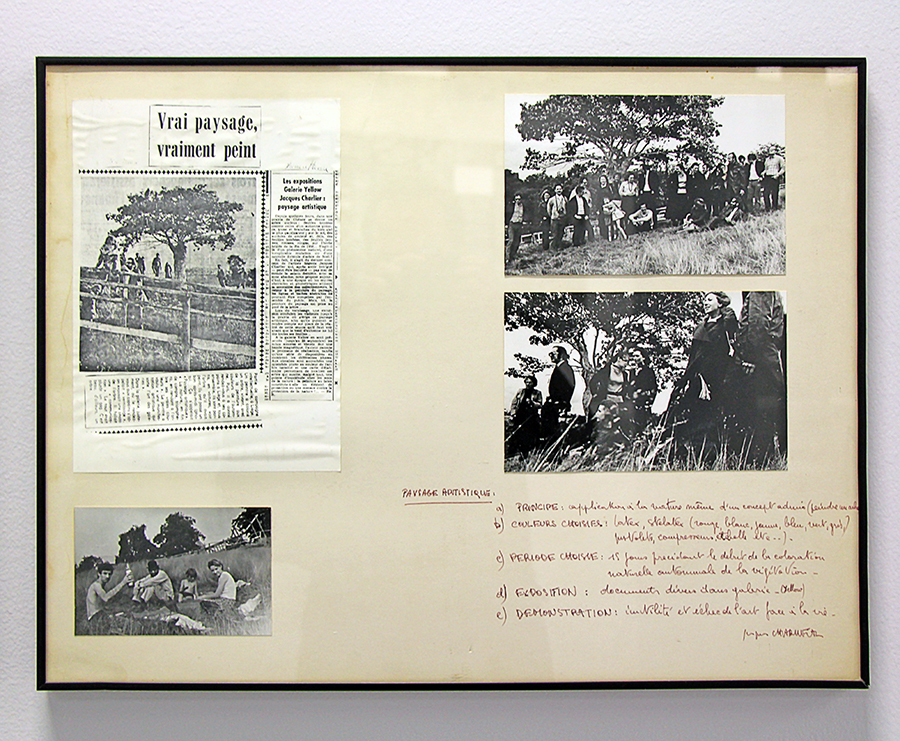 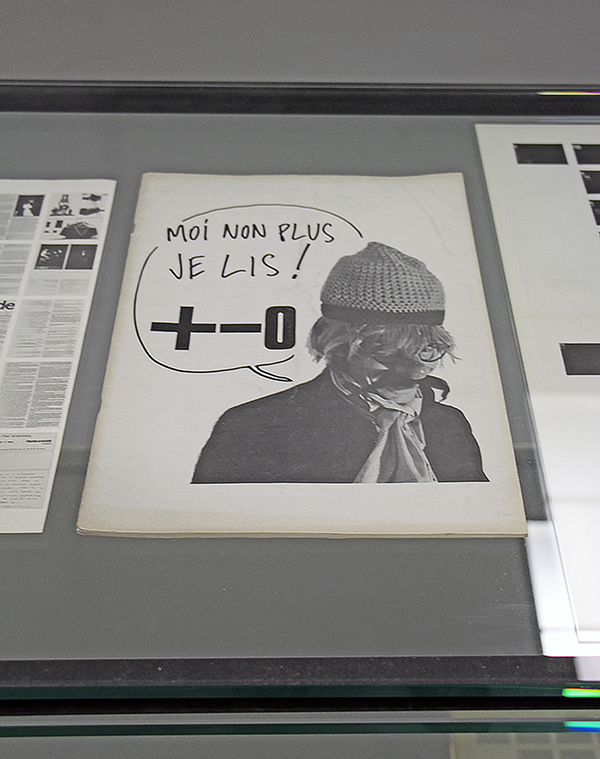 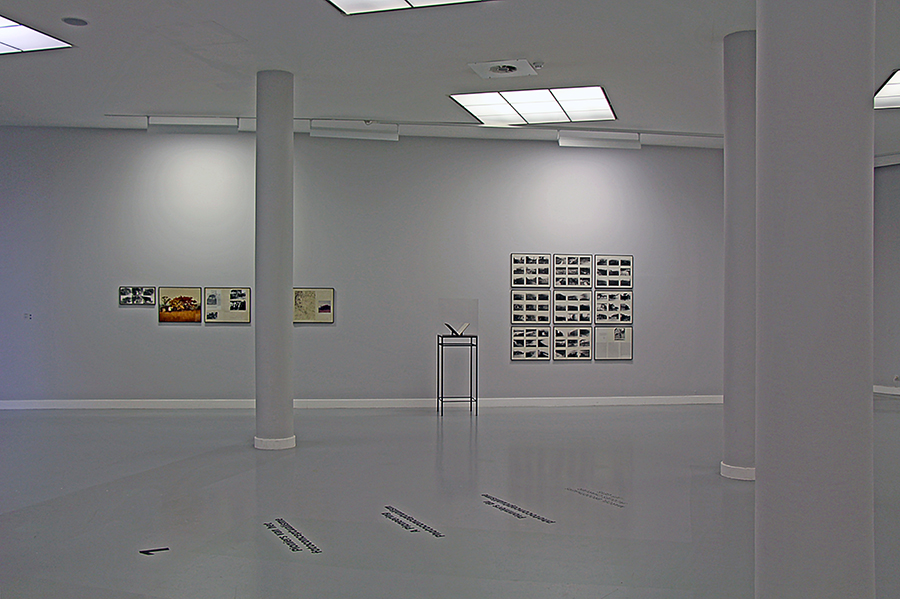 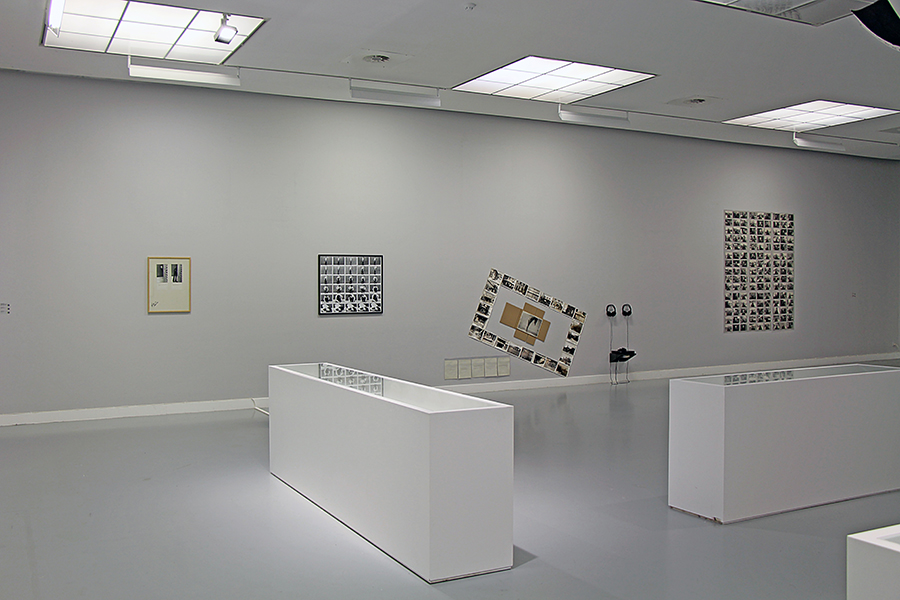 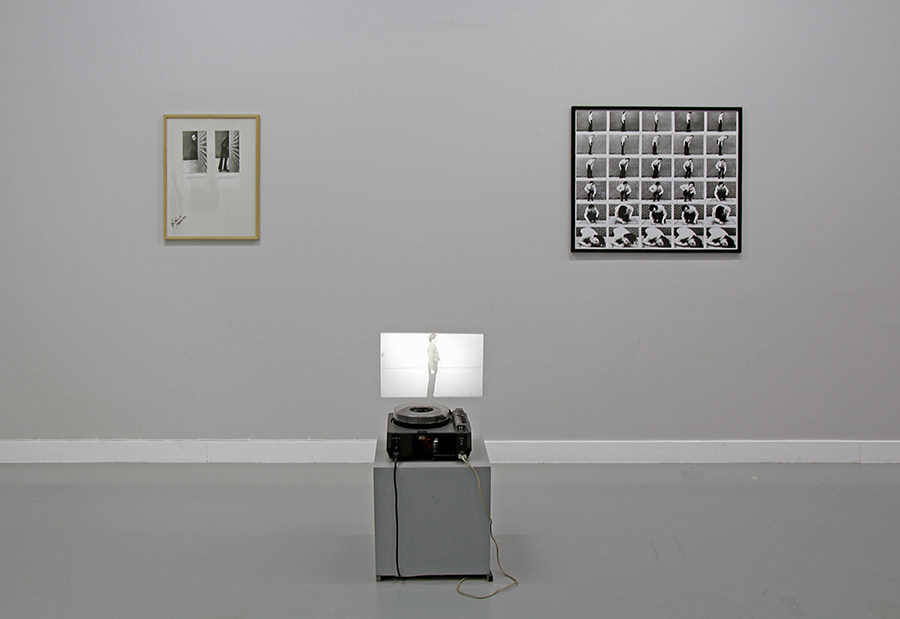 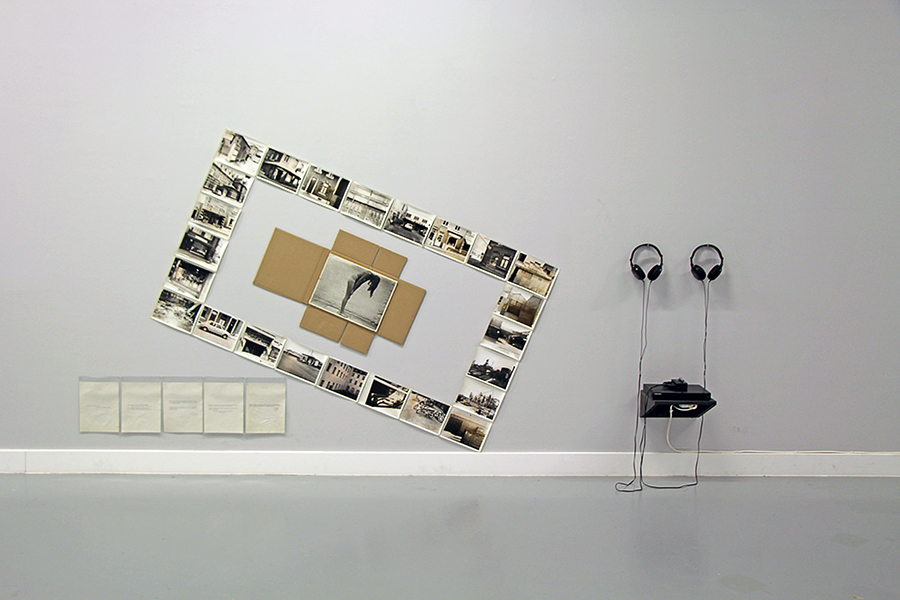 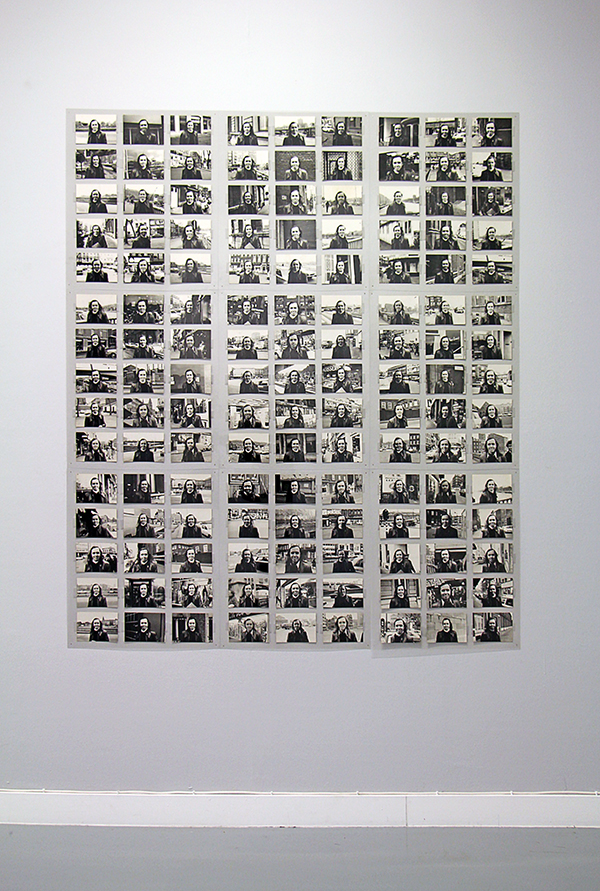 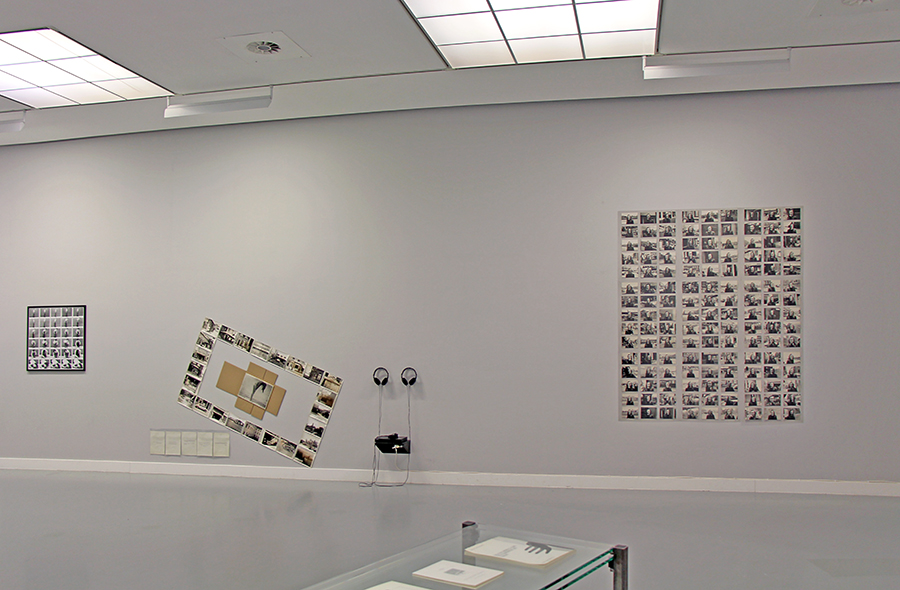 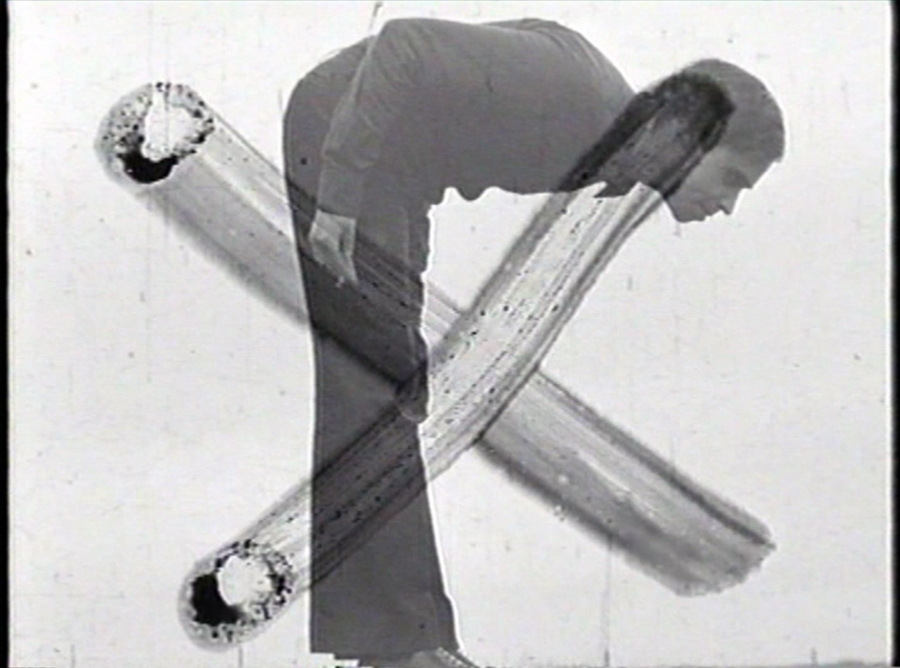 Organized by the Nicosia Municipal Arts Centre – Associated with the Pierides Foundation [NiMAC] and the Petah Tikva Museum of Art, Israel
Cyprus is so close to Israel, yet at the same time it lies so far away. Despite their geographical proximity, the two countries know very little about each other, and art is no exception. Alongside their many differences, they share significant similarities, including a long and dominant historical past, constant geopolitical turmoil, and incessant crises – social, religious, political, and financial – which continue to affect the present and the future. Located at the eastern end of the Mediterranean, in this region of osmosis between East and West, they could not avoid – each in its own way – their geopolitical « destiny » in shaping the current post-colonial realities; a destiny which, for both countries, is underlain by a narrative of “partitions.”
Indeed, today, we experience once again « partitioned times, » as Ranabir Samaddar, professor of South Asia Studies known for his critical work on justice and human rights, claims. Not only geographical and political divisions, but also social, racial, economic, and cultural ones define the international order, despite the spirit of globalization. The island-state of Cyprus could not escape this fate. Since 1974 it has also been divided, with approximately 36% of its territory under Turkish military occupation. Despite continuous efforts to reach a comprehensive, just, and viable solution to the Cyprus Issue, the buffer zone (also known as the “Green Line”) still dissects the island into a northern and a southern part. In addition, the financial collapse of the state in 2013 created an ongoing economic crisis, the results of which will haunt the island and its inhabitants for many years to come.
The exhibition “So Close Yet So Far Away” | Contemporary Artists from Cyprus presents for the first time in Israel a dynamic group of seventeen contemporary Cypriot artists, who scrutinize contemporary Cypriot culture and the many complexities of Cypriot identity. The exhibition attempts to illustrate how, in this era of globalization and increased visibility of “peripheral” artistic activity, contemporary Cypriot artists negotiate issues of history, memory, and politics, especially in the local context. It also examines how they deal with the modern history of trauma, conflict, and violence as well as with other crucial complexities, going far beyond the Cyprus Issue, which still affects the society of Cyprus.
In recent times, Cypriot art demonstrates an incessant international mobility and a sense of acute criticality. The work of many contemporary Cypriot artists has acquired an intensely socio-political dimension, capturing the complexity of the current local and global issues with great sensitivity, expressed sometimes through a neutral, dissociated gaze, sometimes through a poetic stance, and other times through keen sarcasm and subtle irony. The participating artists seek to highlight and negotiate existing positions and contradictions surrounding the apparent homogeneity of a globalized environment. Issues of multiculturalism, crossings, displacement, migration, and hybridization are given central stage in most of the works presented in this pertinent exhibition. 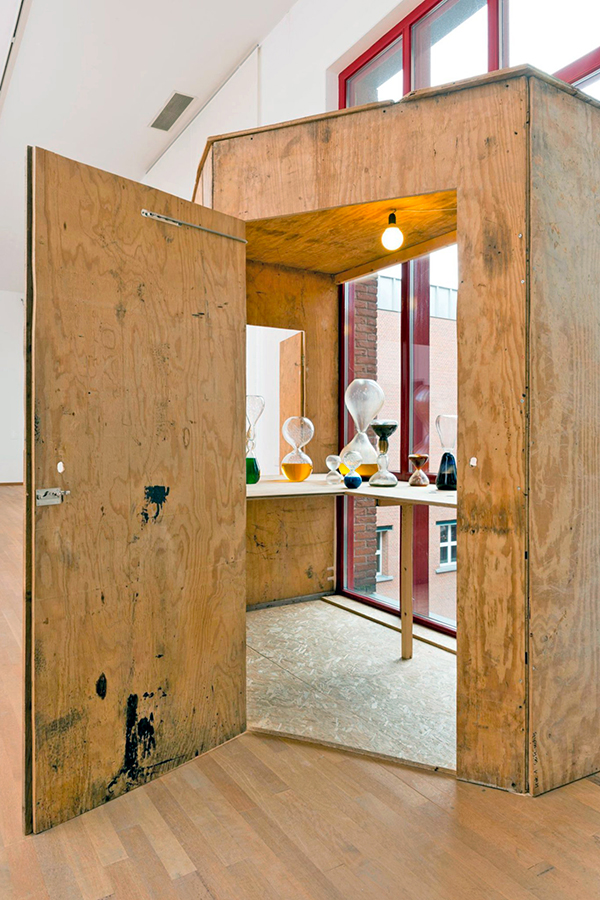 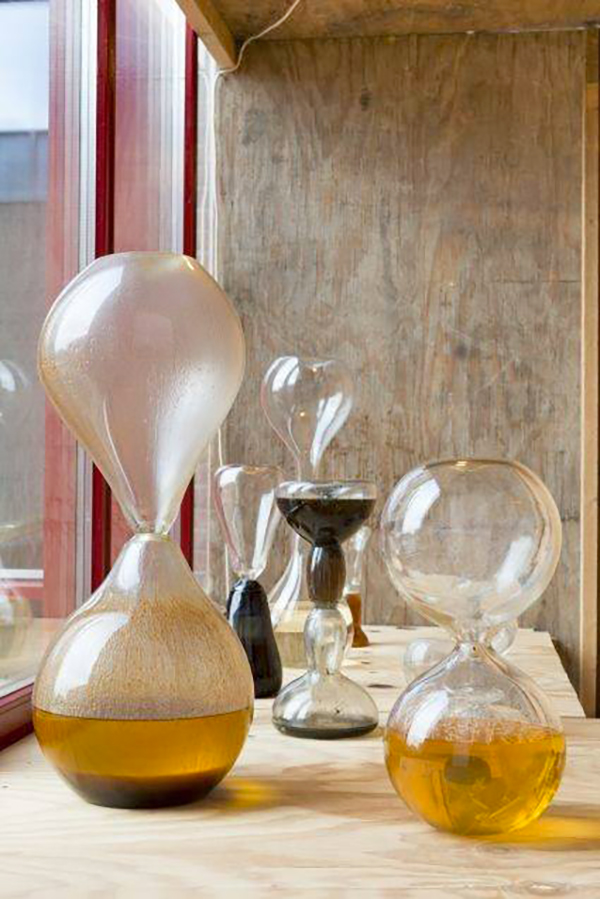 Suchan Kinoshita, Hok 1, 1996.
« How 1 » (Hutch 1) is the unpretentious title of this work by Suchan Kinoshita. It is a shelter build of waste wood. Inside you can find a laboratory with hourglass-like bottles in all colors of the rainbow. If you turn the hourglass (ask an attendant to do that for you) you can see and hear time ticking, dripping and sloshing. Meanwhile when you look outside you can see the day go by.

« Really good art is always relevant. Because it refers to possible worlds that are inextricably linked to our own. Because art gives shape to shapeless feelings and ideas, to revelations that would never have been revelations if not expressed, and to perceptions that would never have achieved that status if no shape had been found for them. »‘ – Quotation from Marjoleine de Vos in NRC, 30 October 2016.

We have always been fascinated by illusionism as a painting technique. Even the Ancient Greeks used optical illusions. Central perspective and its perfectionistic little brother the trompe l’oeil have been used since the fifteenth century to convince the viewer that the image in front of them is real and part of the same three-dimensional space that the viewer inhabits.

In modern society, digital technology is creating an illusionary layer of information that fits in seamlessly with our perception of the real world. It has become more difficult than ever to separate fact from fiction, genuine from fake.

Contemporary artists seduce us with visual worlds that can seem deceptively real and ordinary, but when we look closely they reveal a mysterious, ambiguous character. Sometimes there seems to be no logic to them at all.

It is inherent to artworks that they undermine our everyday, passive way of looking, stimulating and confusing us. At such a moment, our gaze is almost literally shaken loose from its customary thought patterns and associations, triggering a different mindset that may let us see a more truthful reality.

The exhibition Illusion and Revelation by Ernst Caramelle and the collection presentation also named Illusion and Revelation are on show in the Bonnefantenmuseum from December 24. The exhibition of Ernst Caramelle shows that the relationship between perception and visible reality is much more complex and ambiguous than we assume. This insight serves as the starting point for the focus in the presentation of works from the collection.

This collection presentation features art from the following artists: