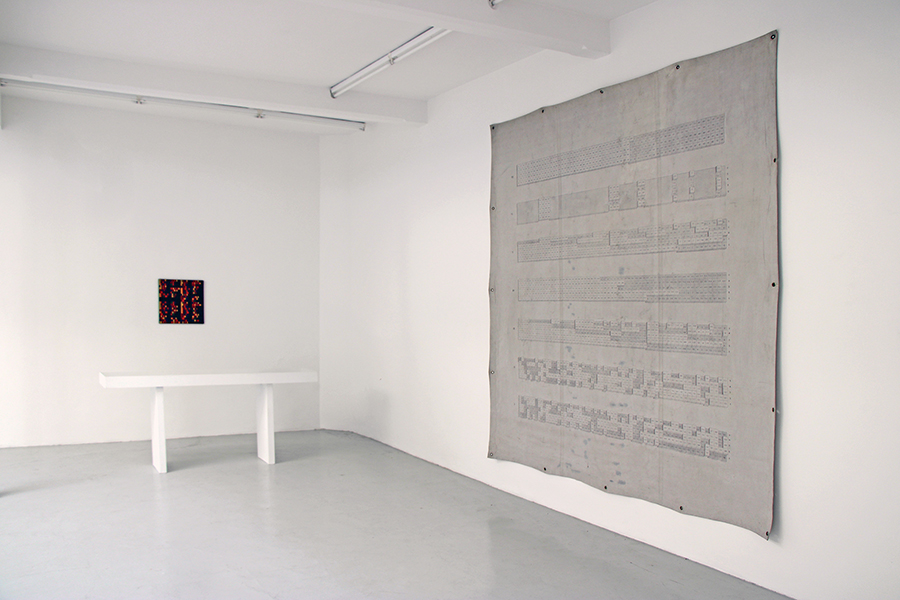 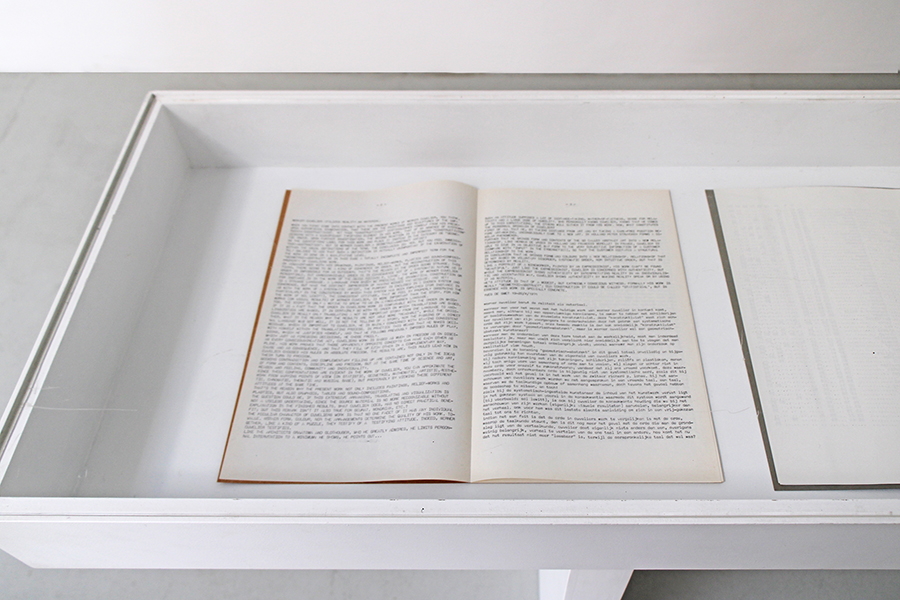 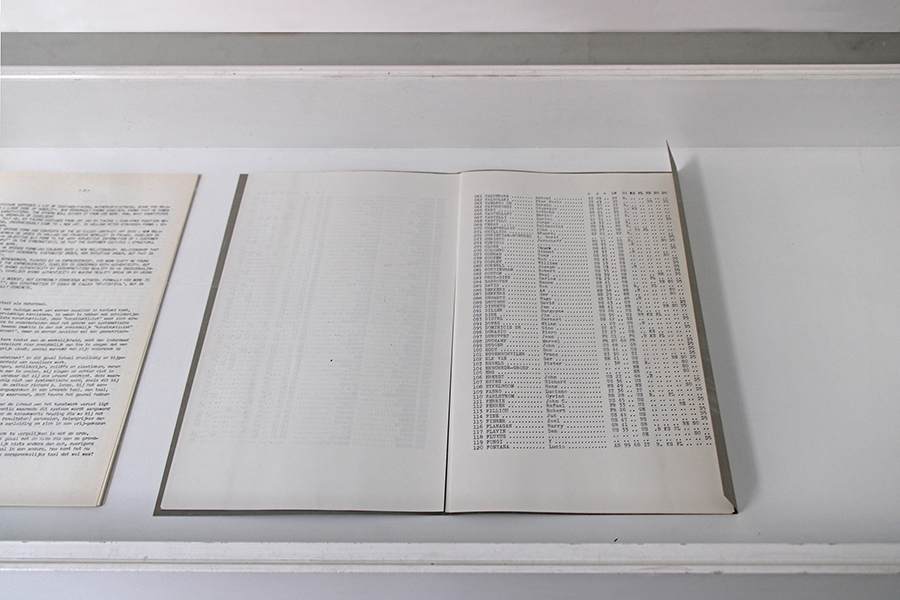 The Statistic Proiects is a series of conceptual works and visual representations which Werner Cuvelier began as early as 1970 and kept on developing until the 1990’s. In the series, Cuvelier uses different tools from the social and sociological sciences to collect and systematize data from specific cultural contexts, especially from the art world. For example, Statistic Project V (1973) is based on data that Cuvelier gathered directly from artists participating in well-known art exhibitions and collections: Documenta 4 and 5 (Kassel, 1968 and 1972); When Attitude Becomes Form (Bern, 1969); Sonsbeek beyond the limits (Arnhem, 1971}; and the collections of Karl Stroher and Peter Ludwig. In the final work each exhibition and collection was represented in three different media: as a standard text table printed on a white sheet of paper; as on abstract color code, painted on a square, gray cloth; and as and sequence of electronic tones to be played out in the exhibition space. This work had been preceded by the Statistic project I ( 1970) in which Cuvelier employed the traditional medium of oil on canvass to map the statistical presence of artists in the catalogues of major international group exhibitions. Statistic project I has echoes of the modernist, abstract paintings of Neoplasticism while it is in fact scoffing at the systematizing thinking that underlies both modern art and late twentieth century science. 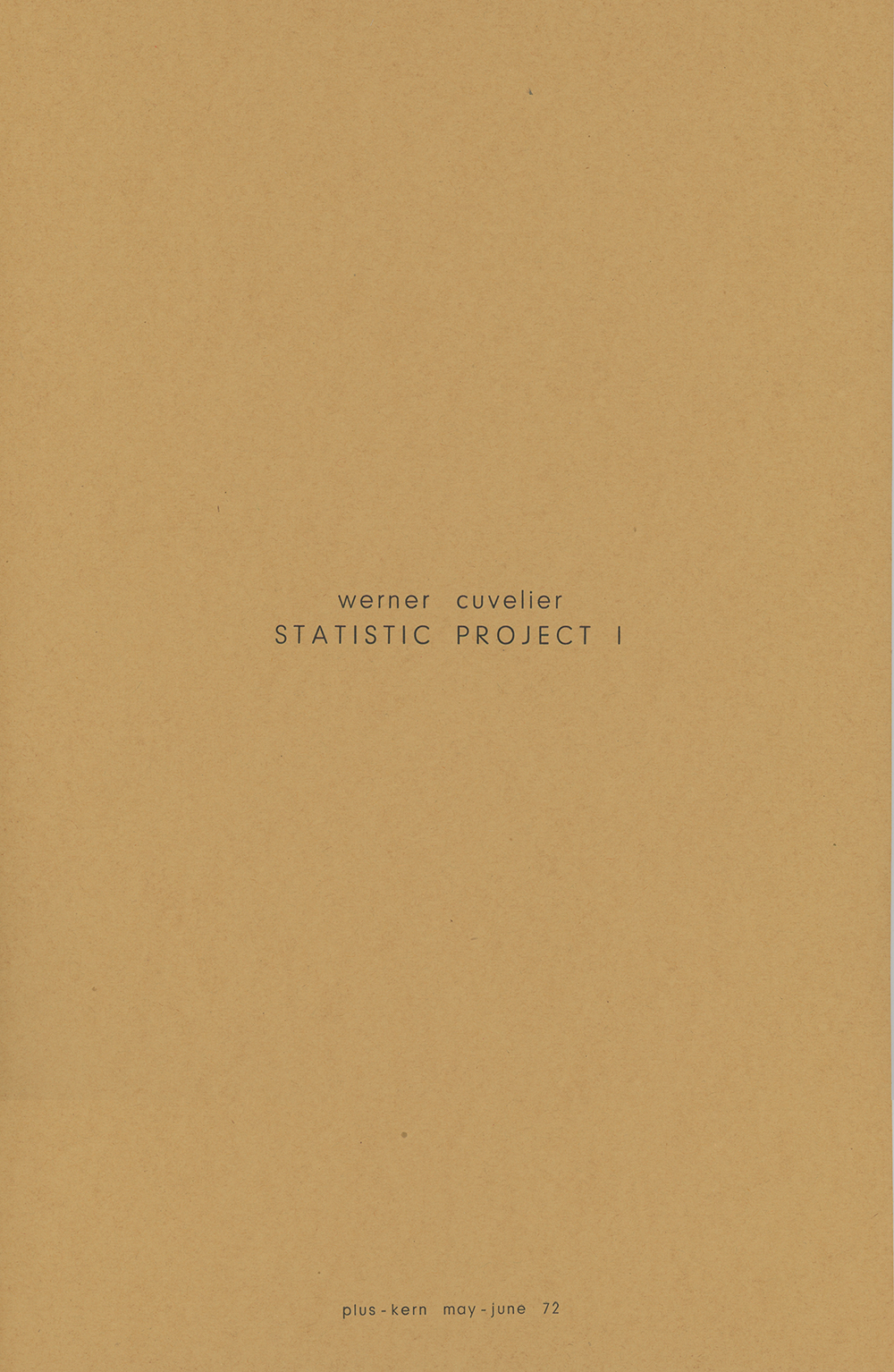 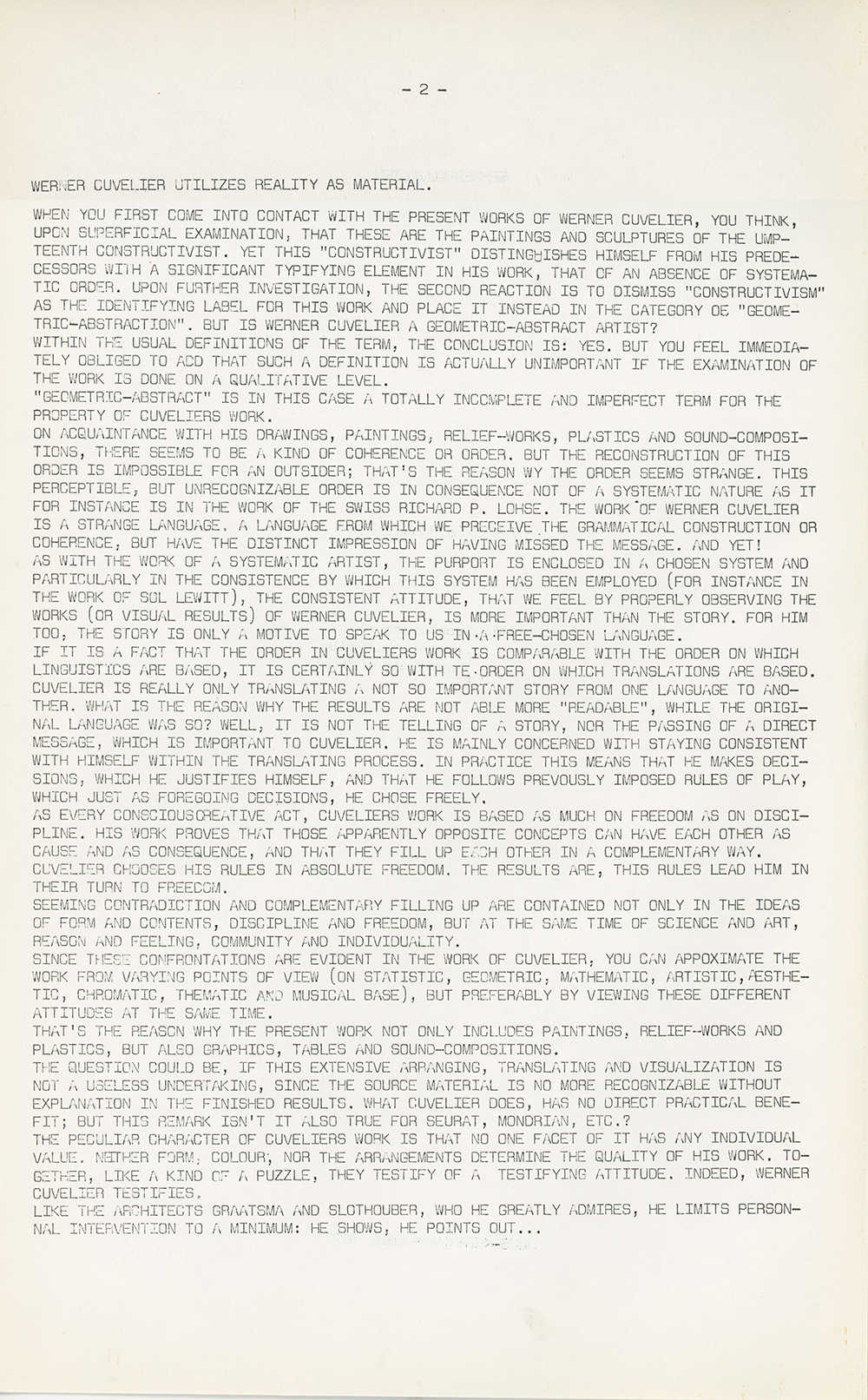 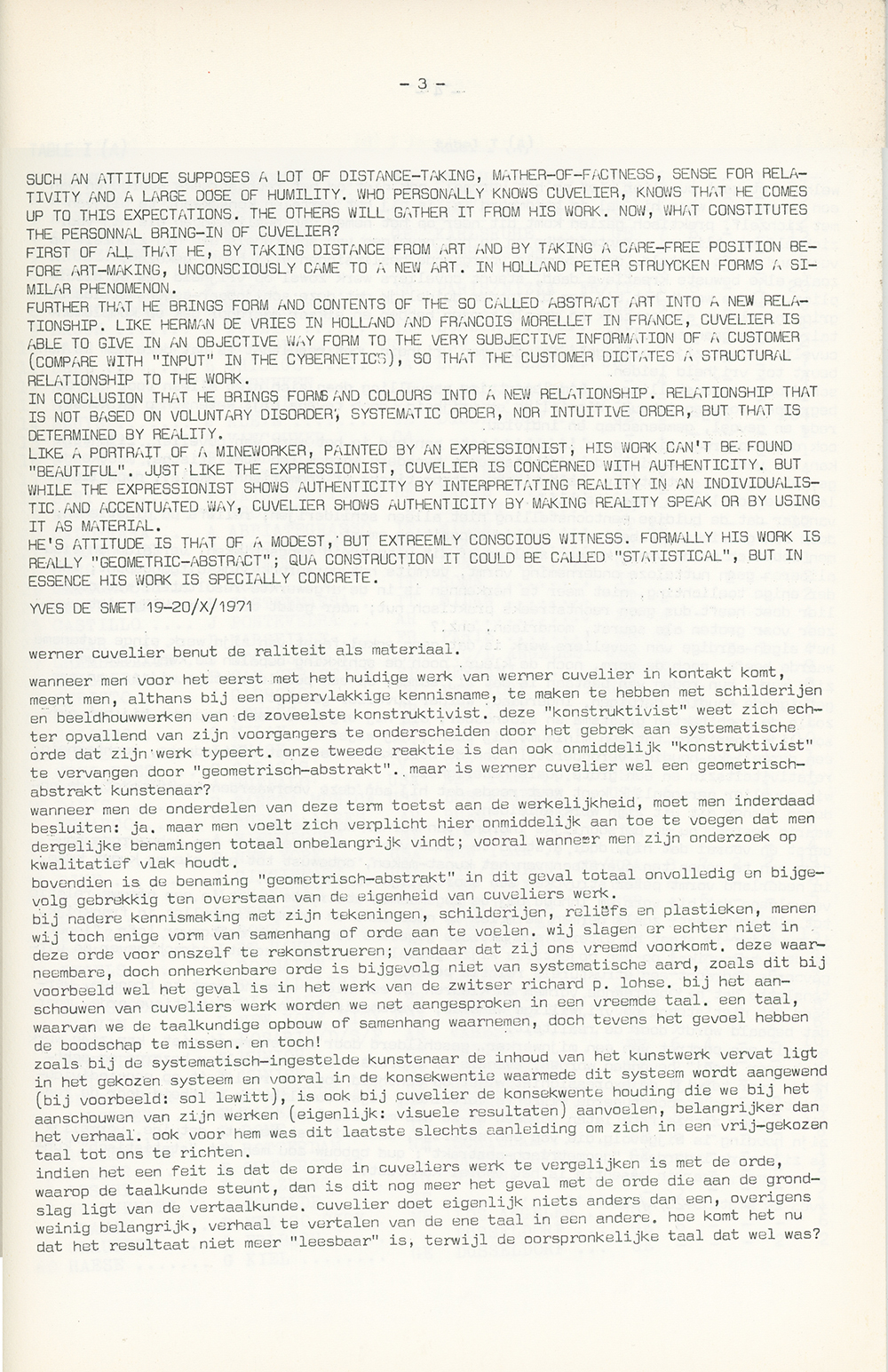 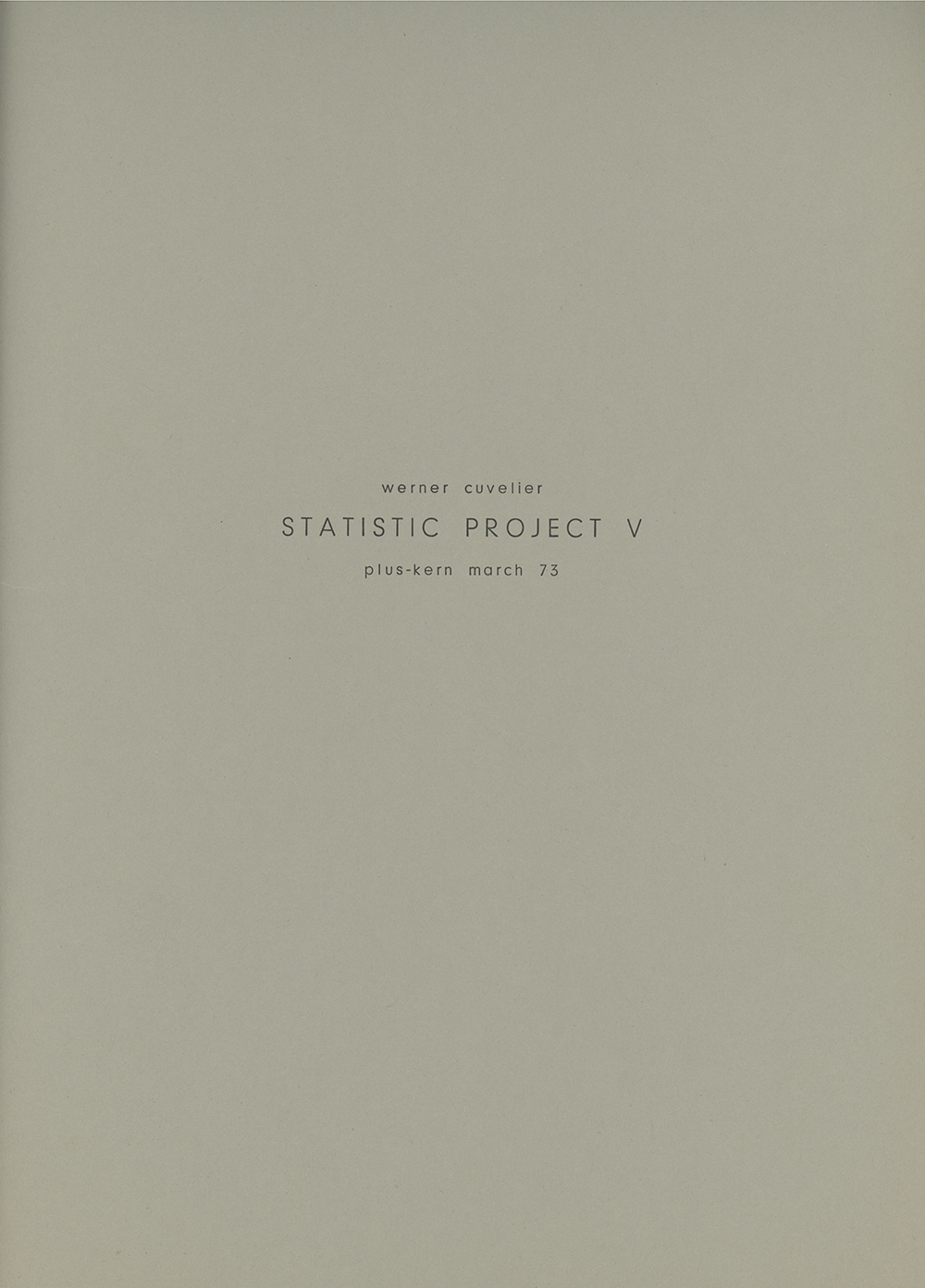 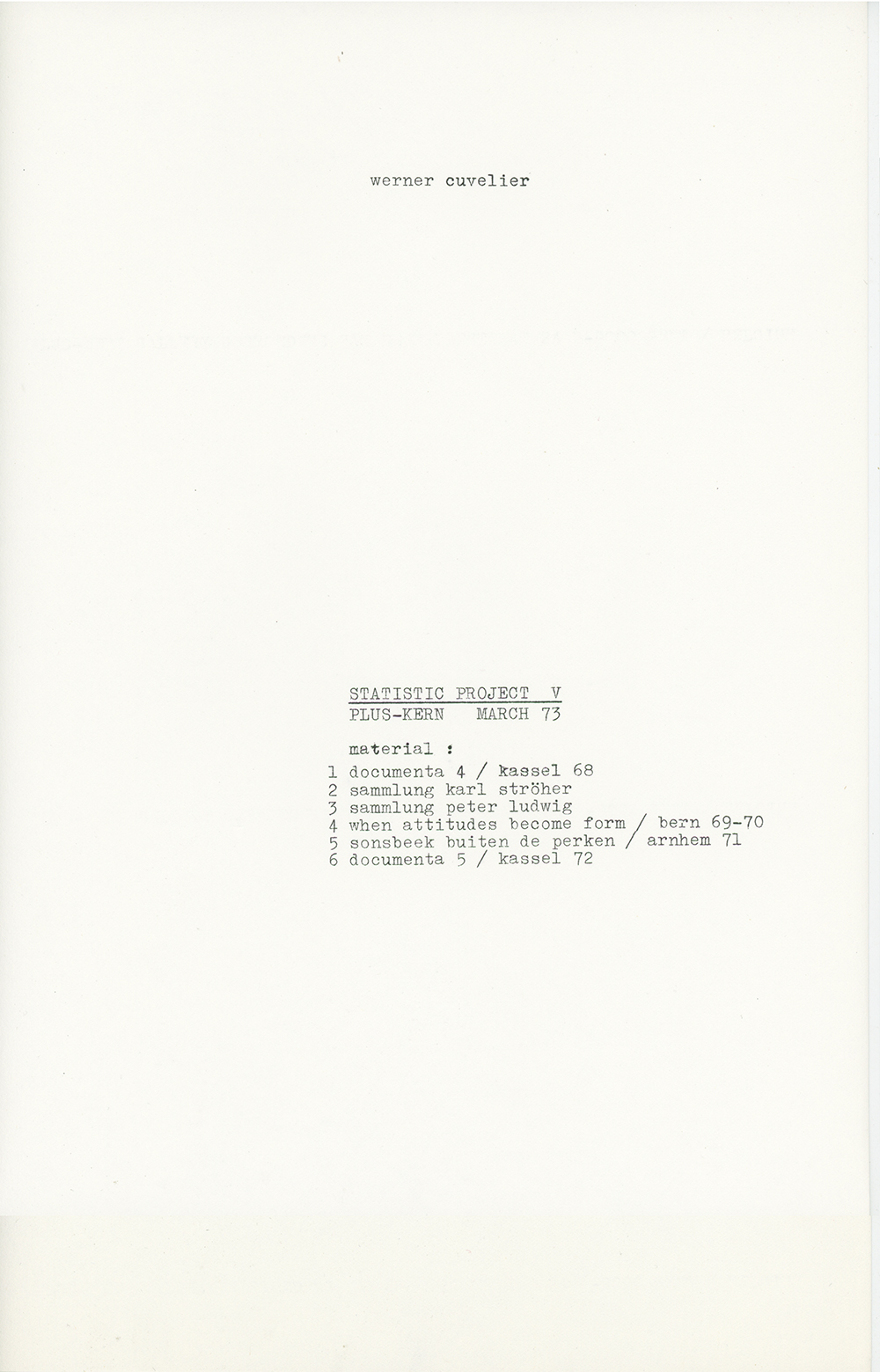 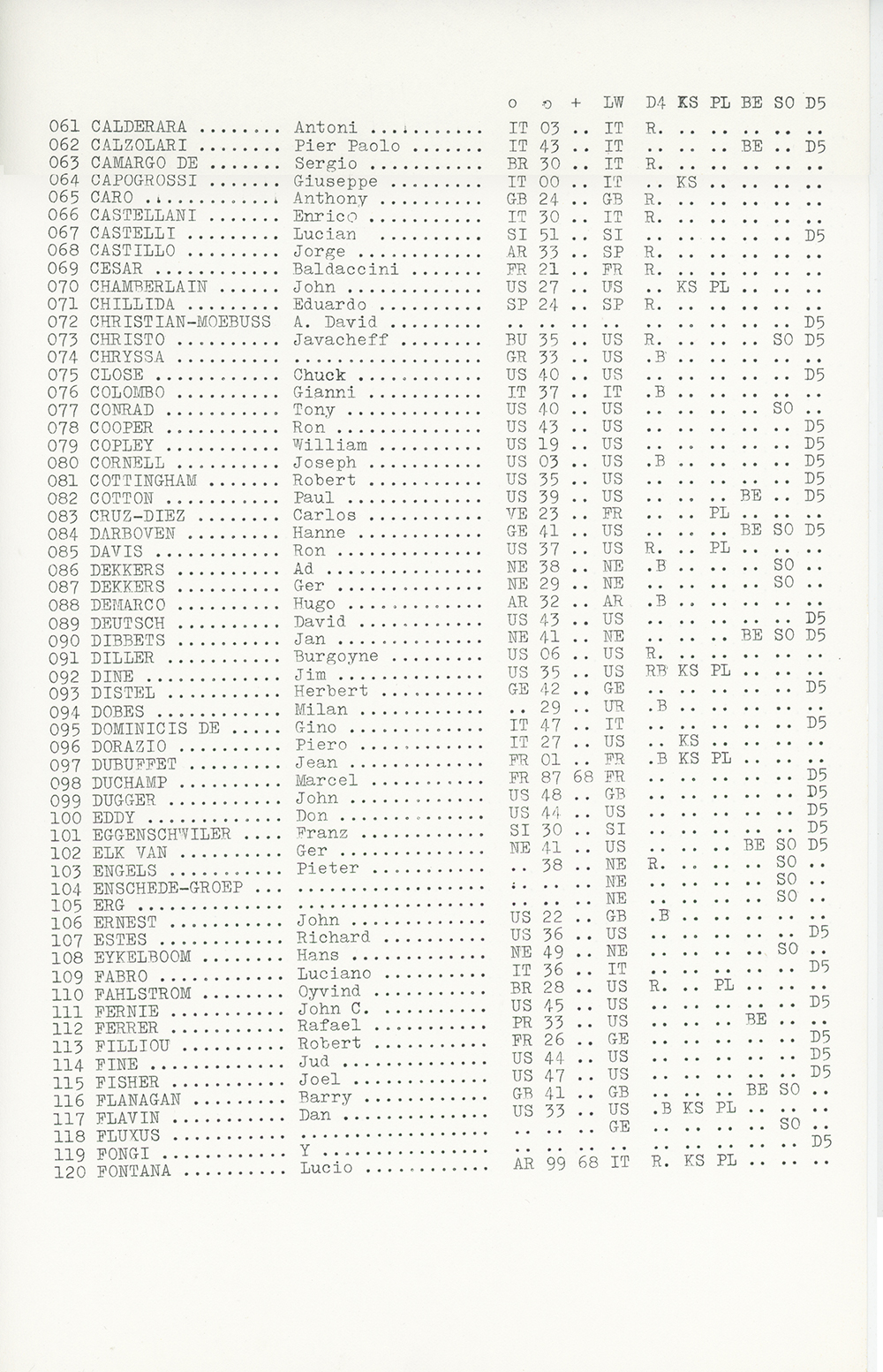 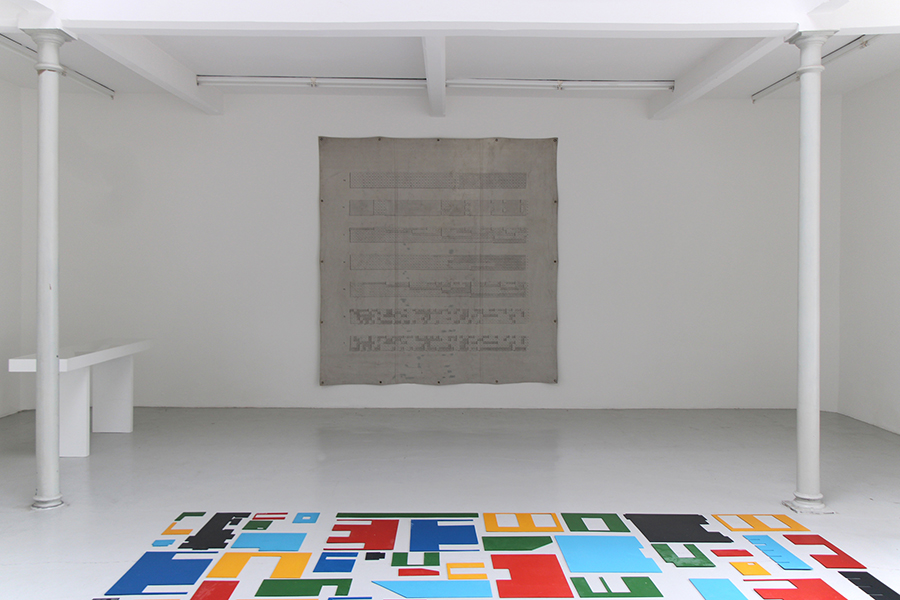 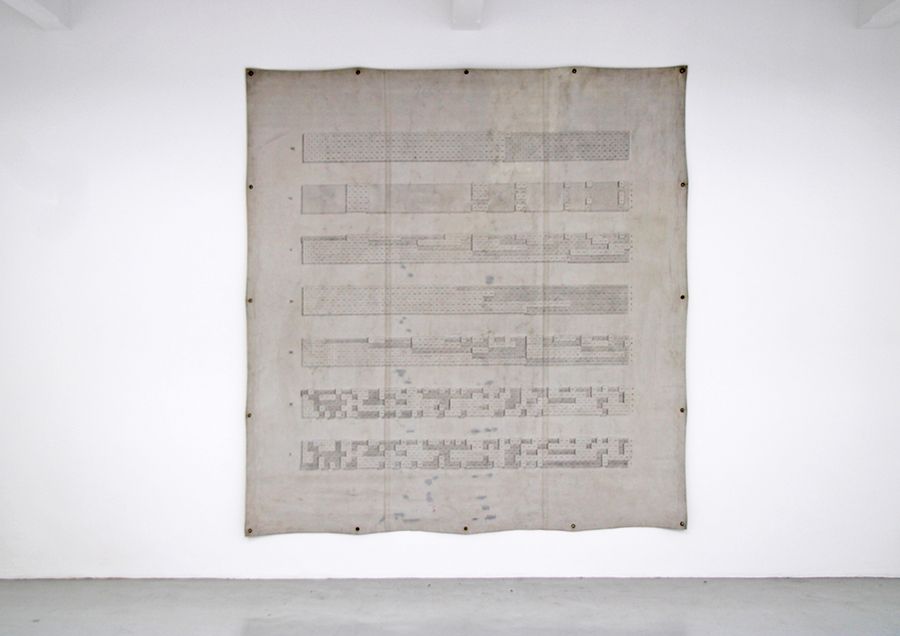 Statistic Project VII is a work that Cuvelier made in 1973 in collaboration with the German philosopher Rudolf Boehm (then at the University of Ghent). It is a geometrically constructed sculpture which, like other works of Cuvelier, seems to evolve from Neoplasticist aesthetics while actually being a three-dimensional representation of statistical data. The sculpture represents in diagrammatic form the results of a survey taken in Flanders and in the United States. The survey, developed by the artist and Rudolf Boehm, posed five existential questions to all kind of people. There were, for example, affective, personal questions such as « Do you feel guilty or innocent? » or « Do you think it’s better to live as if one will never die or that it’s better to live with an eye to the fact that one has to die? ». From the many layers- both literal and symbolic-of this work it is clear that Cuvelier wants to deal with statistics not only as a method for gathering and interpreting knowledge but also as a content in itself. As he wrote in a 1973 note, his work is a « pseudo-statistics » that « scoffs at science, and especially at statistical science by comparing results … with colors and sounds. »­­ 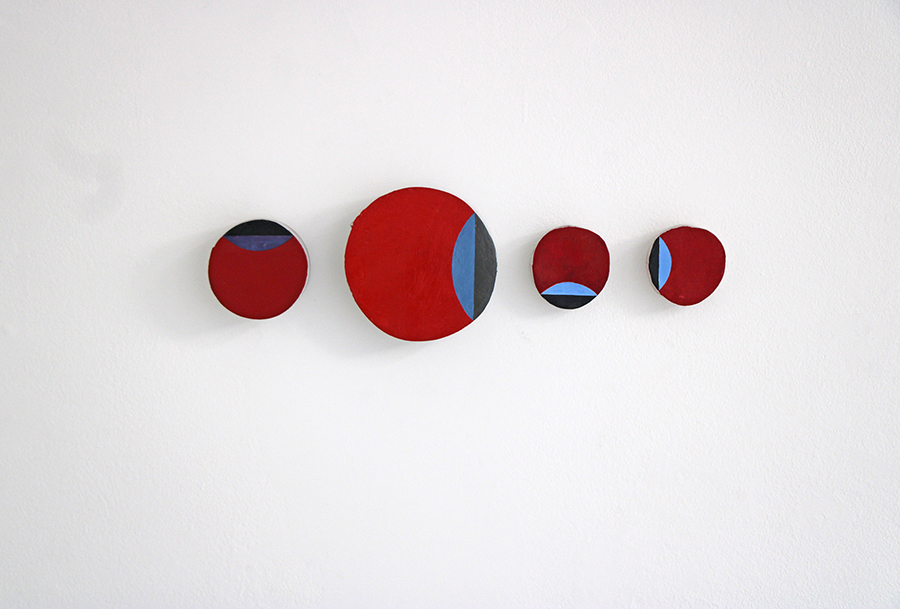 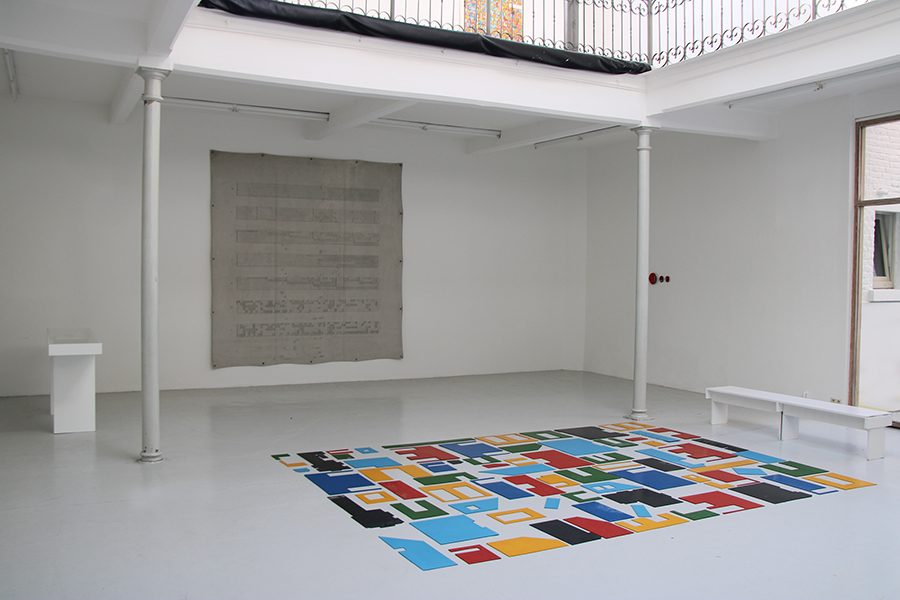 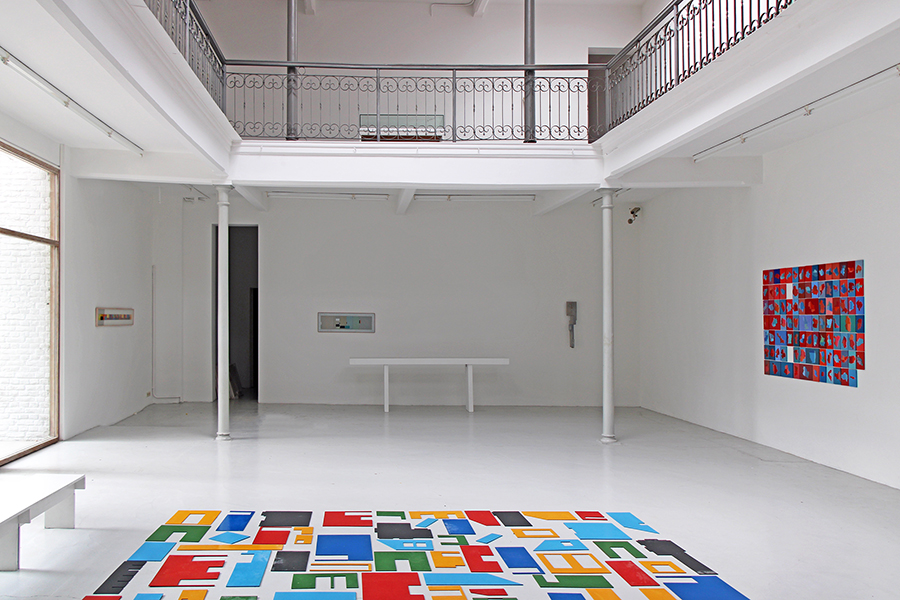