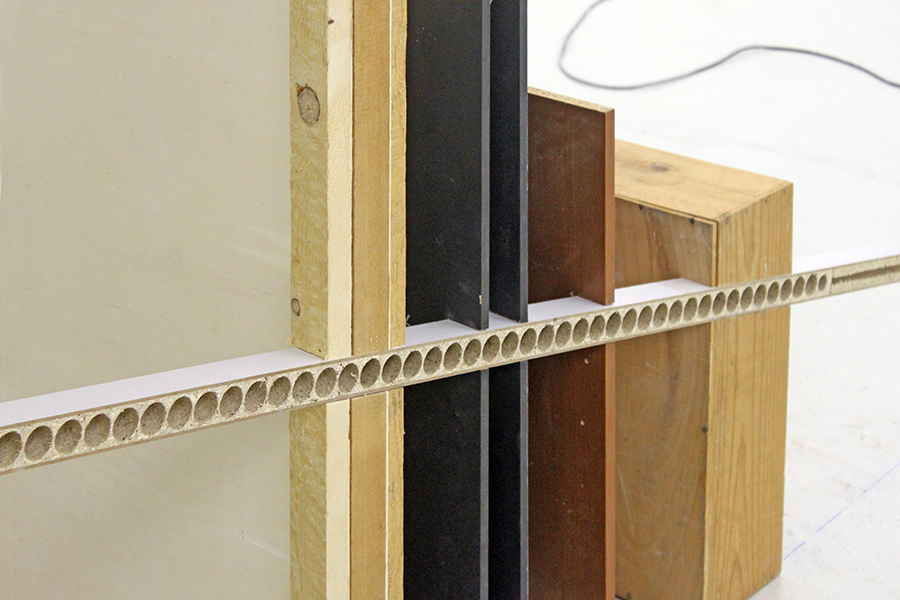 For Tokonoma at Ludlow 38 in New York, Suchan Kinoshita, Olivier Foulon, Joerg Franzbecker, Kris Kimpe, Aglaia Konrad, Willem Oorebeek, Eran Schaerf, and Walter Swennen—all of whom have collaborated in different constellations in recent years—come together during the month of May to enter a visual and spatial dialogue within a new interpretation of Tokonoma for a second time.

MINI/Goethe-Institut Curatorial Residencies Ludlow 38 is the Goethe-Institut New York’s contemporary art space, made possible with the generous support of MINI. Located on Manhattan’s Lower East Side, it has provided for curatorial experimentation in the tradition of the German Kunstverein since 2008. Its mission is to introduce new international perspectives to the downtown art community and to foster dialogue within the greater aesthetic and political context of New York and the United States. In the last three years, the trajectory of exhibitions has been determined by annually rotating curatorial residents from Germany, who bring their own unique perspectives to the art space. Ludlow 38 was initially programmed by a different German Kunstverein each year: Kunstverein München in 2008, followed by the European Kunsthalle Cologne and Künstlerhaus Stuttgart. In 2011, a residency program for young curators from Germany was launched in partnership with MINI. Since then, exhibitions and events have been organized by curatorial residents Tobi Maier (2011), Clara Meister (2012), Jakob Schillinger (2013), and Eva Birkenstock (2014) respectively.

Eva Birkenstock is the 2014 MINI/Goethe-Institut Curatorial Resident at Ludlow 38. Since 2010, she has been Curator of the KUB Arena at Kunsthaus Bregenz, Austria. Previously, she was the Artistic Co-Director of the Halle für Kunst, Lüneburg, Germany. Together with Galit Eilat and Eyal Danon she initiated the Mobile Archive, a growing video archive that has been touring the world since 2007. She has curated and co-curated exhibitions with artists including Yona Friedman, Dani Gal, Dora Garcia, Nick Mauss, Katrin Mayer, Ulrike Müller, Emma Hedditch, Falke Pisano, Tris Vonna-Michell and Ian White. Notable group projects include On Performance, 2010 (curated with Joerg Franzbecker); Nairobi – A State of Mind, 2012; and Beginning Good. All Good. – Actualizations of the Futurist Opera ‘Victory Over the Sun’, 2011 (with Kerstin Stakemeier & Nina Koeller). She most recently co-edited Art and the Critique of Ideology After 1989 and On Performance (2012), both for Kunsthaus Bregenz, as well as the artist books Tris Vonna-Michell (JRP|Ringier, 2011) and Dani Gal – Chanting Down Babylon (Argo, 2009). Birkenstock holds an MA in Art History and Cultural Anthropology from the Freie Universität Berlin