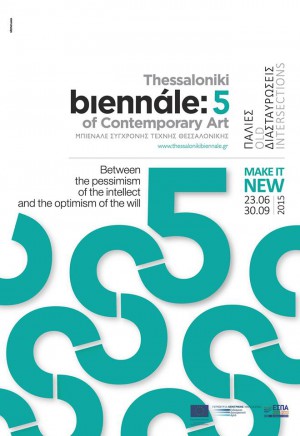 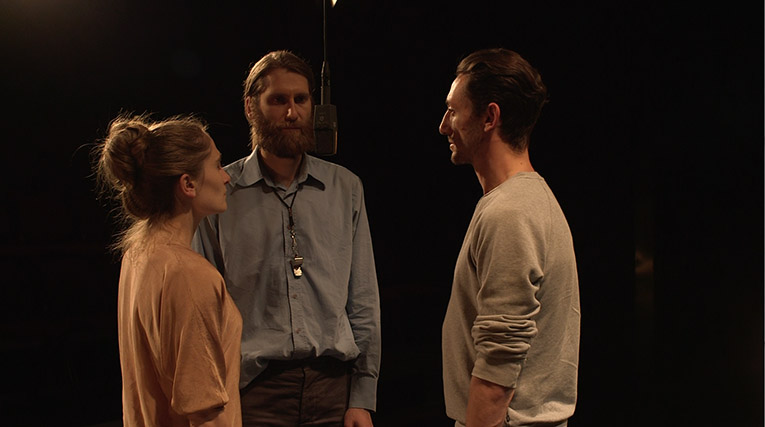 The title of the 5th Thessaloniki Biennial is inspired by an aphorism invoked by Antonio Gramsci in the The Prison Notebooks (Quaderni del carcere) that he wrote between 1929 and 1935 while he was imprisoned by the Facist regime in Italy at the time. In these voluminous writings which he composed during his eleven years incarceration Gramsci repeatedly cites this phrase; in one of the letters he writes: “The challenge of modernity is to live without illusions and without becoming disillusioned … I’m a pessimist because of intelligence, but an optimist because of will.” This duality constitutes a point of departure to talk about the current situation of crisis – and how to overcome it -­‐ that governs much of the Mediterranean, which will once again be the focal point of the next biennial.

As a diverse blend and composite of cultures, religions, ethnicities, languages, traditions and norms – the and the crossroads of three principal religions and continents – it becomes very difficult to define the Mediterranean area, except in geographic terms. Indeed there is much debate on whether we can even speak of a Mediterranean identity, culture or even region; and equally, it is impossible to treat the countries of the area as an undifferentiated group, nor arrive a singular understanding of what constitutes ‘The Mediterranean’. It is as much a real as an imagined space, whose perception has been determined and coloured by idyllic as well as negative stereotypes and misperceptions. But what many of the 26 countries (not including the Turkish Republic of Northern Cyprus and Palestine, both of which are contested territories) seem to face today are a series of serious ongoing crises (whether social, economic, or political) as well as several zones of armed conflict. In fact, it would not be an exaggeration to call the Mediterranean a crisis zone of sorts. Greece, Spain, and Italy are all in the throes of economic crises, Turkey is in the midst of a political crisis, while a large part of the Southern shores of the Mediterranean simmer with political and social unrest as democracy is being challenged, and the Eastern shores remain mired either in armed conflict or decades long unresolved political, religious and territorial disputes.

So while the Mediterranean cannot be defined in terms of a common identity, it constitutes a hotbed for some of the more burning issues of the moment including social and economic equality, democracy, civil rights, migration and mobility, and personal autonomy, the overall area treading the fine line between order and disorder. Many countries of the Mediterranean are, in fact, to a large extent facing a situation of impasse, which is engendered by prolonged or unresolved crises. Gramsci himself defined crisis as precisely that situation where “the old is dying and the new cannot be born” and added that “in this interregnum a great variety of morbid symptoms appear.” Given the failure of both politics and the political imagination, what remains in many parts of the Mediterranean world is an anticipation of alternatives and the hope for a better world. It is in the vacuum or grey zone of this anticipation that the Mediterranean currently finds itself, fuelled by desire but bogged down by reality but also realpolitik. It rests with artists, cultural practitioners and grass roots activists to exercise the creative and radical imagination, in order to critically dissect what is happening right now (thus engaging the pessimism of the intellect) as well as to

envisage or allude to another way of being (by harnessing the optimism of the will). It is precisely the imagination that fuels this optimism of the will that appears lacking today in much of the politics and policies that govern Europe and also the Mediterranean today.

‘Pessimism of the intellect’ might mean looking at the world as it is with all its flaws, but at the same time challenging the certainties and scaremongering that are propagated by those in power who fear losing it; the pessimistic intellect entails putting things under scrutiny and into doubt. It views the world critically, puts things and givens into question, which is the basis for any advancement. In a sense the pessimism of the intellect is pragmatic, but not necessarily cynical. ‘Optimism of the will’, on the other hand does not necessarily denote a naïve view of the world but rather evokes the imagination and the mental strength necessary to bypass adversity, something that most humans inherently possess, and have also harnessed since time immemorial to get through times of hardship and move forward.

In light of the general fatalism that governs many aspects of politics, economics, and public life today, as well as the dominant view that capitalism is ‘inevitable’, Gramsci’s phrase seems as relevant as it was when first written. It is the optimism of the will that when implemented finally sparks change and can sow the seeds for a better future.
What we seem to miss now, more than ever, is the optimistic will put into action. The Thessaloniki Biennial will explore the multiple meanings of this dual phrase as well as mine that grey zone in between. Gramsci’s aphorism could also provide an inspirational point of departure for looking beyond crisis, at a time increasingly characterized by apathy and a general defeatist attitude in relation to the intensification of capitalism, growing social and economic inequalities, and the threat of socially oriented programmes and protections, not only in the Mediterranean, but throughout Europe in general. The biennial will thus shed light on some of the critical issues affecting the Mediterranean region so far, but will also allow room for what Ernst Bloch has called “forward dreaming”, so essential to move beyond the impasses that humanity faces at the moment. In this case, art has a seminal role to play as a form of emancipatory praxis. The artists in the biennial will thus engage in critical, oppositional cultural practices, and exercise the freedom of the imagination thus symbolically engaging with Gramsci’s aphorism. The latter perhaps provides the key to counter the situation of hopelessness today, which as David Graber correctly has pointed out, is not a natural state of affairs: “Hopelessness isn’t natural. It needs to be produced. If we want to understand this situation, we need have to begin by understanding that the last thirty years have seen the construction of a vast bureaucratic apparatus for the creation and maintenance of hopelessness, a kind of giant machine that is designed, first and foremost to destroy any sense of possible alternative futures [….]this apparatus exists to shred and pulverize the human imagination, to destroy the possibility of envisaging alternative futures”.
Art is one of the ways that this sense of inevitability can be challenged by opening up critical ways of looking at the world not only as it is, but as it could be and that is precisely what the artists presented at the Biennial will set out to do.

Main Exhibition
The main exhibition bears the title « Between the Pessimism of the Intellect and the Optimism of the Will”, which was given by the curator Katerina Gregos, inspired by an aphorism by Antonio Gramsci. It will be housed in Periptero 6 (venue into the premises of the Thessaloniki International Fair). 44 artists, one artists’ collective group from 25 countries all around the world, will show their artworks, new and old productions, making the title of the exhibition more up to date than ever.