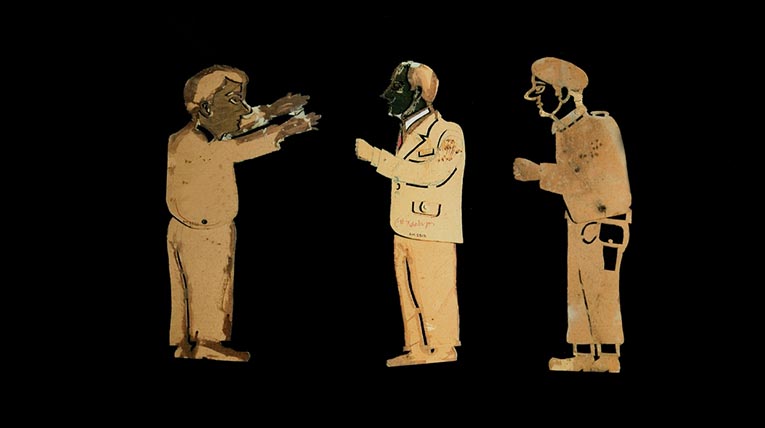 This June, the Stavros Niarchos Foundation will celebrate the completion of the Stavros Niarchos Foundation Cultural Center (SNFCC) – the Foundation’s largest single gift. Designed by world renowned architect, Renzo Piano, the SNFCC includes new facilities for the National Library of Greece and the Greek National Opera, as well as the creation of the Stavros Niarchos Park. During the week of June 23rd through June 26th, the SNFCC will host a series of programs and events for the citizens of Athens, Greece, and the world, welcoming them to this emerging cultural destination. One of these programs includes a special four night exhibition of work in the quintessential medium of the late 20th and early 21st centuries: video.

Following last summer’s Fireflies in the Night—a three-night non-stop dusk-to-dawn video survey of some of the best art of its kind produced internationally that was projected on screens located on the “Great Lawn” of the Stavros Niarchos Park—this year’s installment, titled Fireflies in the Night Take Wing will consist of eleven separate looped video programs, including an immersive installation of two works by Shirin Neshat, screened at eleven sites scattered throughout the SNFCC buildings and grounds. Each of these hour-long loops will be composed of different works by a wide array of international artists – including Greek artists active in the cosmopolitan context of contemporary art.

(…) Hope both for true participatory democracy and art’s role in achieving it is also stirred by Eleni Kamma. Even though she laments of the decline of the tradition of Karaghiozis, her work evocatively links the freedom of speech (parrhesia) that characterizes this central figure of the Middle Eastern shadow theater as bold spokesperson of people’s problems, desires and political critique, with the creativity and outcry of the protesting occupants of the Gezi park.