Monolith / Life is on an initial level an exhibition on the experience of sculptural architecture. The room is arranged as a route in which the visitor is invited to discover the connections between a series of images at his own tempo. The various set-ups define a free-standing exhibition structure that contains video projectors, screens and blacked-out areas. Kris Kimpe developed this spatial layout. The four architecture videos by Aglaia Konrad that were selected were originally produced as 16mm films. They lead us into a world where architecture and sculpture are closely interwoven.

Sculpture enters into an alliance with the scale, structure and functionality of buildings, while the buildings play with the formal idiom, weight and surface effects characteristic of sculpture. Aglaia Konrad filmed three emblematic examples of abstract sculptural buildings of the sixties and seventies.

They illustrate how the mutual interweaving yields new spatial experiences. At that time, the use of concrete for aesthetic purposes was quite innovative.

Sculpture House (2007) takes us to the sculpture house by the architect Jacques Gillet et al. in Angleur near Liege; Concrete & Samples I (2009) focuses on the Church of the Holy Trinity in Vienna by the sculptor Fritz Wotruba; Concrete & Samples II (2009) analyses the Blockhaus (the church of St. Bemadette-du-Banlay by Claude Parent and Paul Virilio) at Nevers in France. The surroundings are made abstract; there is no story, nor any people. The buildings are the protagonists. At a steady pace the camera very slowly probes the interior and exterior forms, interrupted sporadically by a moment of stillness. The viewer shares in an intense architectural experience, which verges on the tangible. If the viewer were at the building itself he would rarely take up so many viewpoints and stop so long for the sober compositions. Everything of importance is shown: the articulation of details, the interplay between the solid blocks and the negative spaces, the surface traces, the view through from inside to outside or, on the contrary, its opacity, the contrasts between dark and light, reflection, the indentations and protrusions, the walls, straight as a die or curving. The whole thing unfolds like a concentrated walk that does not leave us feeling indifferent. Even though the practical viability of these buildings is debatable, they succeed all the more in arousing an intense experience.

We experience the fact that architecture is more than pure construction, but equally we experience the time spent in the void and the light. Or in other words, we experience them as bearers of a vision on a fragment of time/space which is methodically isolated from the universal time/space. The handling of negative space, dosing the incidence of light and applying the right proportions are fundamental ingredients that are not apparent in the plan of a building but play a leading part in Konrad ‘s films. In this ‘organic’ architecture, the surrounding space, the incident light and man all enter into a smooth association with the structured materials. The freestanding building is embedded in a broader community, which in it apparent absence is nevertheless actually present temporal dimensions. The sculptural architecture becomes mixed up with a third component, nature. The sculptural effect arises precisely because of its negative form, by removing material with which to build elsewhere. But the panorama in Carrara is no less impressive than the artistic products for which it provides the raw materials. There is of course the ecological footprint on a part of nature. At the present speed of excavation, the exhaustion of the quarry is already visible on the horizon.

In her work, Aglaia Konrad has always had an eye for the broad urban context of architecture and flows of people. In the four abovementioned films she lets us wander quietly in and around the sculptures. The eye moves with the camera and is absorbed into the structure. But behind the silence lies the advance of time and the collective action of communities that bring the architecture to life.

Architecture needs social structures that both guarantee certain stability and remain mobile. This is expressed in the film Angertal (2011), a collective project by Galatia Konrad and Willem Oorebeek about an anthill in a mountain valley in Austria. The insects maintain a collective structure that seems both simple (an accumulation of found material) and incredibly complex. The swarming of the creatures in particular raises questions about how and why the structure comes into being. Where are they going, always in opposite directions, who coordinates what, what is their purpose when they make an about-turn? Yet in this apparent chaos there must be an almost mathematical organisation, because the result is there to see architecture, a movement distributed equally over a well-defined surface, food and reproduction, all endless in time. But with our human intellect we cannot grasp the logic of the ants. There must surely be a form of internal communication that is not based on one indispensable ant, but on the number of ants.

All the films show the endless structures of the unbridled urge to build. The parallels between The Tower of Babel, experimental architecture and the anthill are obvious. They are all project s that mobilise communities for a sublime image whose horizon lies outside the picture. The Tower of Babel and numerous architectural projects may well have failed in their unrestrained intentions, but their thread is always taken up again in the course of time. Willem Oorebeek has made a print of a crumpled postcard showing a reproduction of the famous painting by Pieter Breughel, which was in its turn inspired by a passage in the Bible. Artists reproduce existing visual material in a different context.

To round off the exhibition we come face to face with several figures striking for their exclusive pose and appearance. In this instance man appears life-size, while the people and ants we had previously seen relate to the proportions characteristic of the film medium. Both networks – the collective and the exclusive – define the social structures that set the building structures in motion. Throughout all the ramifications and reproductions, the fundamental patterns of social behaviour recur in different forms. 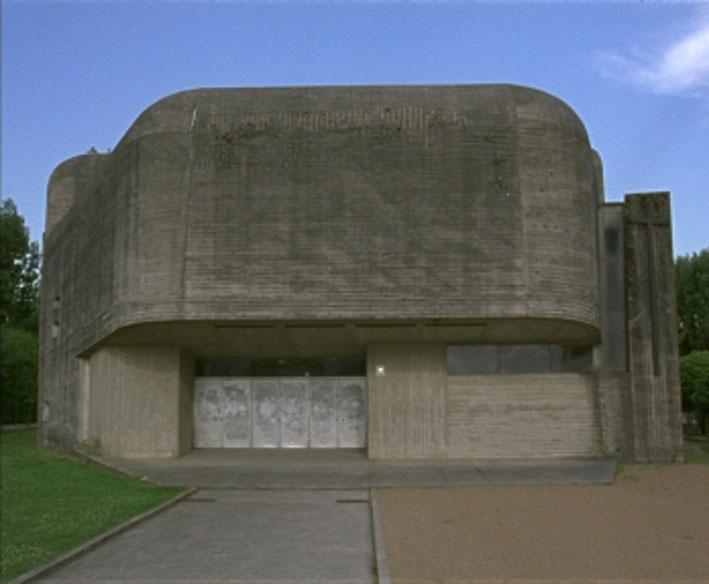 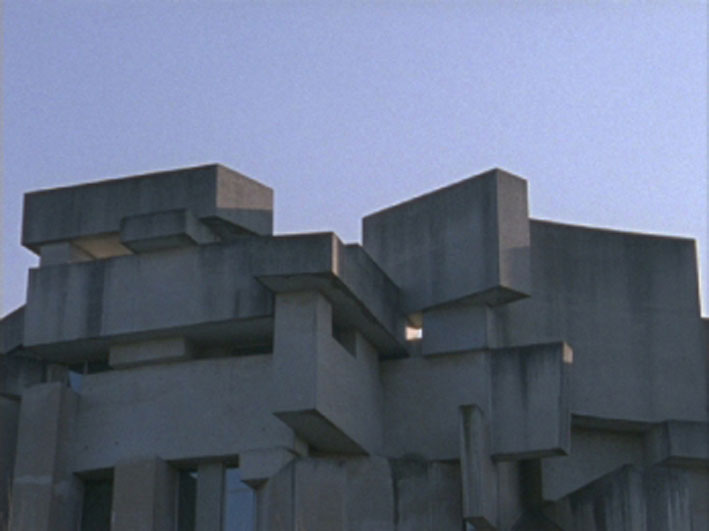 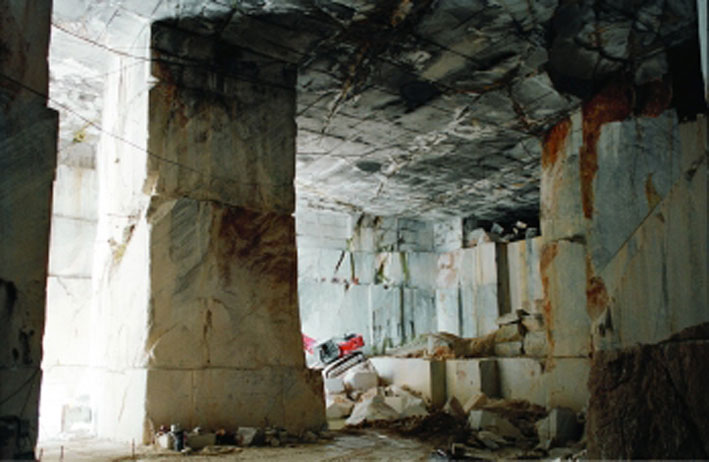