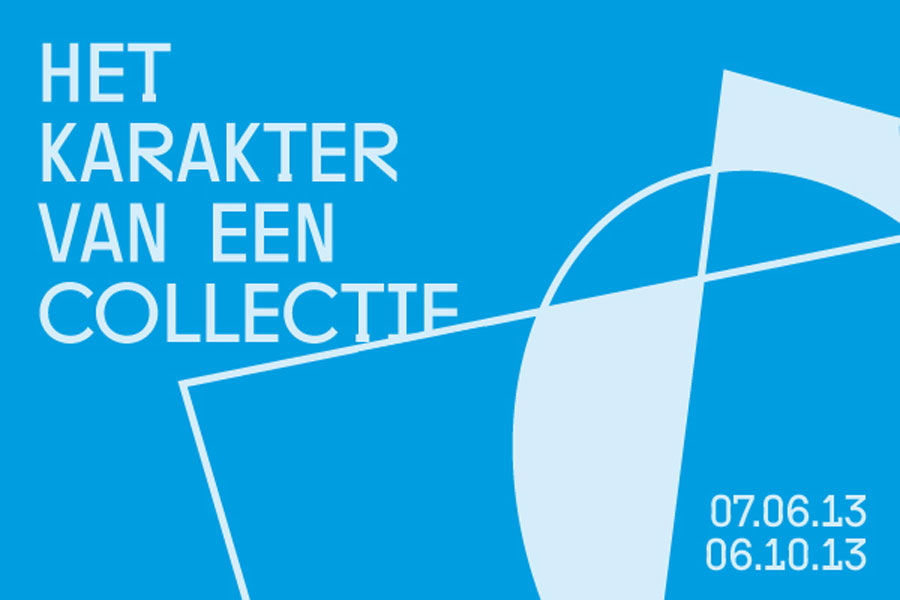 The Collection as a Character is a review of the M HKA collection after 25 years of creative contingency: visions articulated by forceful personalities, opportunities presenting themselves, limitations inspiring novel solutions. In other words, this project attempts to portray the character of the collection as it has been shaped by the reality of institutional art collecting for the public domain.

M HKA, the Museum of Contemporary Art Antwerp, opened in 1987 with a retrospective of Gordon Matta-Clark, who had realised one of his last ‘cutting’ interventions, Office Baroque, in Antwerp ten years earlier. The museum is founded and funded by the Flemish Community. Its collection now consists of some 4,400 works by around 600 different authors from many different countries and contexts, grounded in the post-war avant-garde tradition in the region and mapping the emergence of today’s multi-polar international art world.

The historical basis of the M HKA collection is the extensive archive inherited from Antwerp’s International Cultural Centre, founded in 1970. Under the directorship of Flor Bex, who was also M HKA’s first director in 1987–2002, the ICC was an international cutting-edge exhibition venue and art production base. Another important source for the M HKA collection is the Gordon Matta-Clark Foundation, set up in 1979 to honour the late artist through an attempt to build a contemporary art museum in Antwerp around Office Baroque, which unfortunately failed.

The steady growth of the M HKA collection through acquisitions by the Flemish Community, donations and long-term loans continued, with a widened horizon, after Bart De Baere became director in 2002. The collection is continuously shown in various types of exhibition, inside and outside the museum.

The Collection as a Character is not only a large exhibition, put together by M HKA curators Anders Kreuger and Nav Haq. It is also a generously illustrated new book, edited by Anders Kreuger, that presents the M HKA collection as a ‘virtual exhibition’ with 200 selected artists. The book is organised around the notions of ‘image’, ‘action’ and ‘society’ that will continue to guide the development of the collection.

The ‘ensemble’ is key to understanding the M HKA collection. It is a coherent group of works that is significant in qualitative terms, and can be regarded as more than a presence of works or series of works by an artist. M HKA Ensembles is also the name of the museum’s online digital database. The new collection book functions as a hard-copy ‘portal’ for this source of information.

M HKA has important ensembles by prominent Flemish artists such as Luc Deleu, Paul De Vree, Jan Fabre, Toon Tersas or Luc Tuymans. Panamarenko is a special case, because of his donation to M HKA of his former home and studio at Biekorfstraat 2 in Antwerp, which opens to small groups of visitors in the summer of 2013.

M HKA also has significant ensembles by artists from other parts of the world, among them James Lee Byars, Jimmie Durham, Ilya Kabakov, C K Rajan, Wilhelm Sasnal, Yang Fudong and a number of artists from the former Soviet Union, India, China and North Africa. There are also sub-collections of a different kind, such as the Vrielynck Collection of objects from the prehistory of cinema or the newly started collection of artists’ novels.

M HKA is a member of L’Internationale, the confederation of European museums and other institutions that also includes Moderna Galerija in Ljubljana, Museu d’Art Contemporani (MACBA) in Barcelona, Museo Nacional Centro de Arte Reina Sofía in Madrid, SALT in Istanbul and Ankara and Van Abbemuseum in Eindhoven. Together, the confederates represent a continent-wide collection of more than 70,000 works. The initiative is European, and generously supported by the European Union, but the question it tries to answer is international: ‘What is Europe’s place in the new multi-polar world?’

Artists in the exhibition The Collection as a Character: