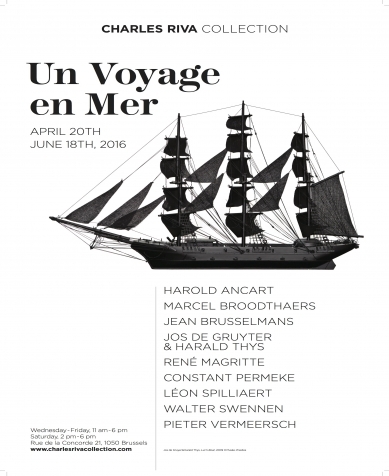 « An unknown living being on the sea-bed: it’s not something invisible: it’s visible, yet elusive. »
René Magritte
Ever since the 17th century, a period when seascape paintings became a genre in their own right, the coast has never ceased to stimulate artists. Its atmospheric effects, the infinite variety of waves and weather phenomena are among the subjects that have transcended all eras and artistic movements.
The call from the open sea is undoubtedly one of the main reasons for the ever renewed interest in seascapes. Over-and-above its pictorial and allegorical qualities, the sea is also a limitless and flowing space, a geographical area of flux and change, where frontiers and identities fade. ”Un Voyage en Mer” puts the emphasis on works that evoke this liminal state. Dark storms, threatening skies, in this exhibition the sea is an unstable, chaotic place.
Gloomy music accompanies the visitor from the video room at the end of the exhibition space. It’s the soundtrack to The Frigate, a video by Jos de Gruyter & Harald Thys, a duo known for their works exploring the depths of the human psyche. Their installation, of which elements are placed through the various exhibition rooms, comprises, besides the video, a scale model and photographs of a black boat. By playing on reciprocating influences, the vessel increases the threatening impressions conveyed in the other exhibited works.
The characters depicted in the duo’s video bear a strange resemblance to the pawns with big, protruding eyes in the lithograph by Magritte, which hangs alongside a magnificent gouache by the painter from Lessines. Here, The exploration of psychological abysses from the Flemish duo challenges the surrealist incantations from the most famous Belgian painter.
Viewed against this backdrop, the nocturnal seascape of Harold Ancart or the rough sea of Permeke can be seen in a new light. The sea becomes a phantasmagorical and dark, frightening milieu, like in the late painting of Léon Spilliaert, in which the heaving, surging sea takes on shades of absinthe.
These visions are put to the ultimate test by painters from two different eras, Pieter Vermeersch and Jean Brusselmans, whose distinctive painting techniques seek each to reach the very limits of human perception.
The journey on which the visitor embarks is undoubtedly a voyage through tempestuous seas. 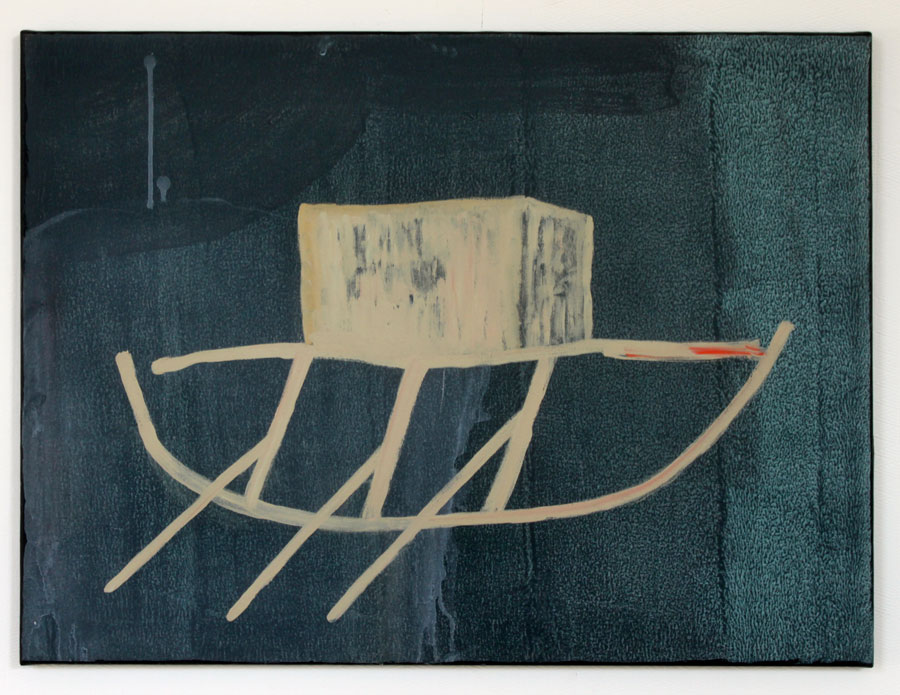