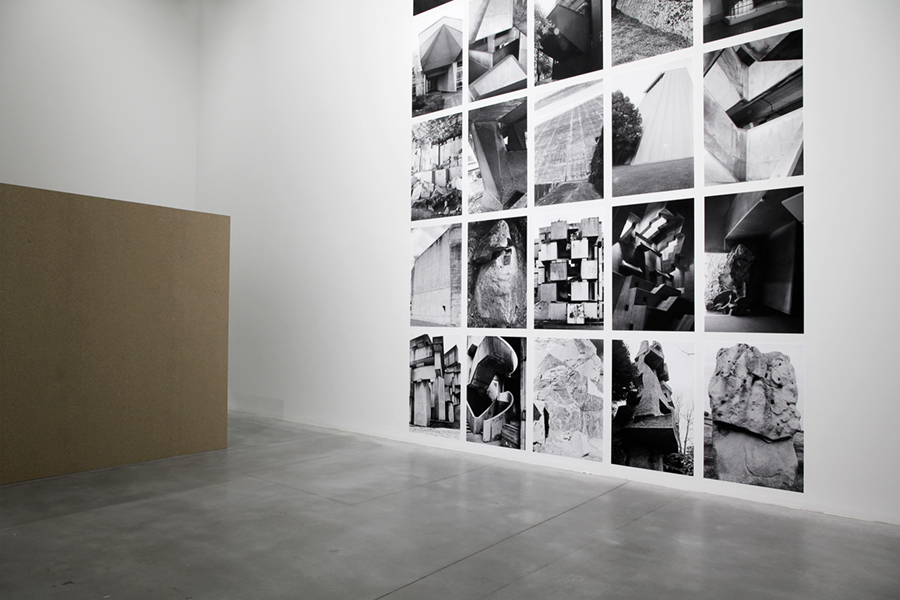 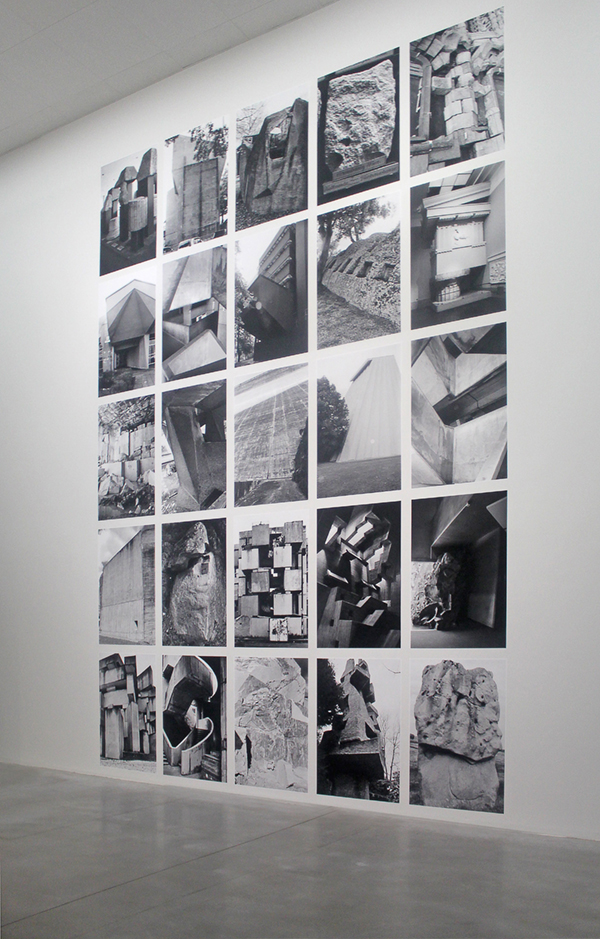 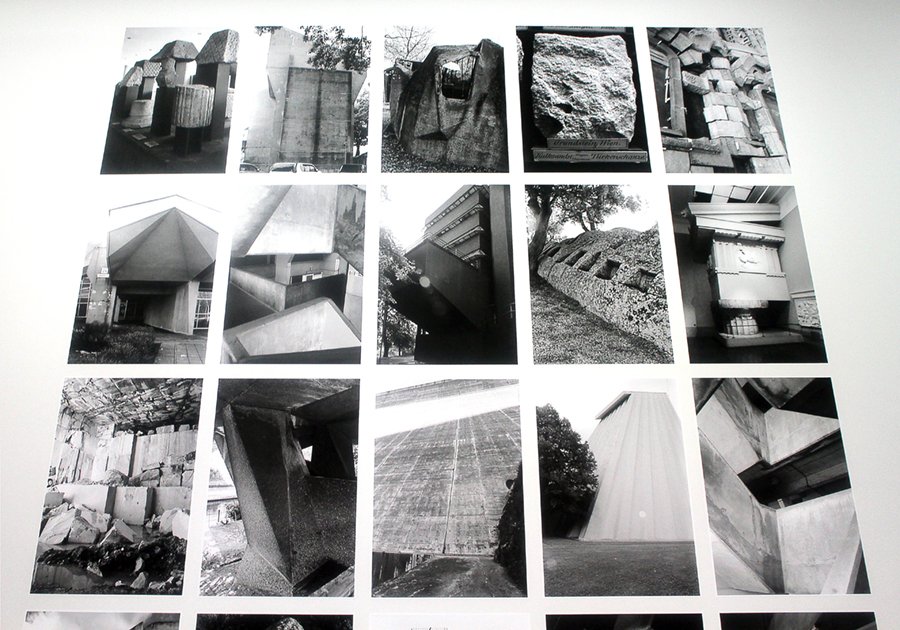 (…) This nearly indexical trace, like the cast concrete in Das Haus, is also reminiscent of the practice of documenting significant stones, which were traditionally engraved, and only later photographed. The custom of preserving, and disseminating, the knowledge of famous stones has a long history, which Konrad refers to in her use of the term Lapidarium. Many famous or interesting stones are documented in images, and Konrad’s photographs of staircases, canopies, facades, and bridges in Shaping Stones (2008) suggest this family. In their monolithic – the word literally means single stone- and almost head-like quality, the images remind us of the work of Dubuffet in France, or of Eduardo Paolozzi and William Turnbull in Britain, whose « head » images lie similarly between impression and imprint, portraiture and documentation. The stone is something apparently « primary, » its authoritative and almost natural character compellingly caught in black-and-white, each monolith another portrait.

In Shaping Stones, Konrad juxtaposes found architecture with authored architecture, and modern with ancient. We see anonymous buildings-in Lithuania, Mexico City, Hong Kong, and elsewhere-set alongside buildings by such well-known authors as Bloc, Gillet, Hans Hollein, Parent and Virilio, James Stirling and Fritz Wotruba. And we see as well ancient stone structures- in Avebury, Vienna, or Sardinia-juxtaposed to modern excavations of Carrara. This approach has much in common with that of inter-war modernism, as it forges links between the ancient and the modern, and asserts them through a democratization of the means: black-and-white photography and large-scale printing. The inside-out and back-to front quality of these photos, bath in terms of their indexical and their temporal nature, is shared with all engravings and lithographs, whether etched in metal or indeed drawn on stone. Konrad’s photography plays with notions of « original » and « index, » « nature » and « culture, » with the fact that the original « stone » cannot be dated and with its « social » shaping in the historie present. (…) (Penelope Curtis)