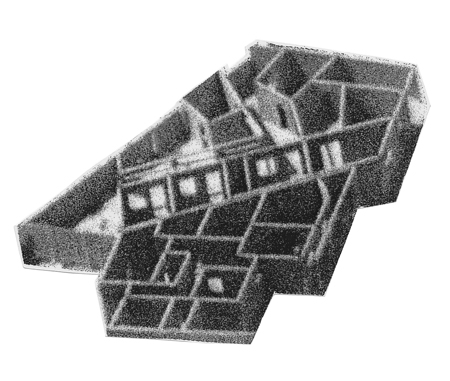 For this year´s theme, The Century of the Bed, suggested by Beatriz Colomina, a Spanish theoretician of architecture teaching at Princeton, the gallery has invited the curator Moritz Küng (*1961 in Lucerne / CH, lives in Barcelona), who will present a new installation of the Austrian artist Aglaia Konrad (*1960 in Salzburg, lives in Brussels).

As a curator, Moritz Küng is mostly working on the interface of art and architecture. He has realised among others solo exhibitions with artists such as Dominique Gonzalez-Foerster, Allen Ruppersberg, Joëlle Tuerlinckx, Cerith Wyn Evans and Heimo Zobernig, and architects such as Lacaton & Vassal, PauHof, SANAA and Eduardo Souto de Moura, as well as just recently the group exhibition „Die fünfte Säule“ in the Viennese Secession. Since 1996, he has presented Aglaia Konrad´s works in two solo and five group exhibitions.

Aglaia Konrad, for her part, has developed a distinct form of photography that documents the rapidly proceeding process of globalisation worldwide since the 1990s. With her partly monumental installations she claims a special place in the current photographic landscape. Not only has she put together a unique archive about the constantly changing cityscapes of the American, Asian and European metropolis, but she has also presented her images with the expanding vehemence, characteristic of megacities. The images, folding over walls and ceilings, laminated on glass facades, layered on panels or projected as movies, do not only go beyond the constraints of traditional photography, but often leave the observer as a protagonist inside Konrad’s scenes.

With each exhibition comes a new configuration of her urban subjects – highways, construction sites, airports, peripheral landscapes, monuments, wreckages, suburbs, residential areas or buildings of the latest architectural designs – which not only have the environment itself but also the Condition Humaine compellingly in mind.

In her indeed ironically titled exhibition Frauenzimmer ZWEI, Aglaia Konrad shows a specially built installation, which accentuates the inside and outside of the gallery, a choice of pictures from the series “Shaping Stones” and “Undecided Frames” as well as a current film. Furthermore, the artist has published a text with 675 City-terms in the curated by vienna catalogue – the transcription of one of her artist’s books of 2005 – which takes account of the Beatriz Colomina imposed subject The Century of the Bed.