A lush, secluded garden in Athens provides the backdrop for works of art that reconnect the human with the animal. Echoing the satyrs, sphinxes and centaurs of Greek statuary, contemporary sculptures, installations and films draw on myth, drama and the animal kingdom to suggest a ‘bioethics’ for the 21st century.TERRAPOLIS, a term proposed by science philosopher Donna Haraway, combines the Latin ‘terra’ for earth, with the Greek ‘polis’ for city or citizens. This show asks ‘should we regard animals as citizens’? How do processes of nature, such as metamorphoses relate to the creation of art? How do mythic narratives resonate in contemporary society? And can we recalibrate our relationship with other species? The arcadian setting of a school dedicated to archaeological research provides the stage for works of art that also connect with the narratives and images of antiquity. Figurative works in mediums ranging from bronze to ceramic by mid century and contemporary artists explore myth, drama, metamorphoses and bioethics.
Some artists have created totemic gods and monsters that symbolize animistic power, giving contemporary form to mythology. Ancient Greek tragedies were counterpoised with ‘Satyr Plays’, tragi-comic burlesques set in woodland where players wearing masks and animal skins, would mock authority and engage in licentious play. Masks and animal avatars reveal human drives released from social convention. Dance, music and performance are central to many of the works in the exhibition and are further linked with activism.
The biological process of metamorphosis is mirrored by sculptural processes such as ceramics and bronze casting. The concept of metamorphosis in mythology also connects with eroticism and transformation through desire and passion.
Our epoch has been termed the ‘Anthropocene’, an era when human activities dominate and threaten the Earth’s ecosystems and extinguish other species. Many of the artists in the exhibition counterpoint the fast moving and often destructive technologies of human civilization with the slow time of the natural world. They propose contemporary artefacts as historical relics, imagining the garden in a post-human era where we ourselves are fossils. Artists also represent species that are endangered or proliferating through a lack of predators. They show ecosystems that are imbalanced and images of a natural world that are becoming increasingly virtual.
Co-curated by Iwona Blazwick with Poppy Bowers, Elina Kountouri and NEON Organization for Culture and Development, this is the second in a three part series of outdoor art projects that bring significant artists from Greece and around the world into the public realm. 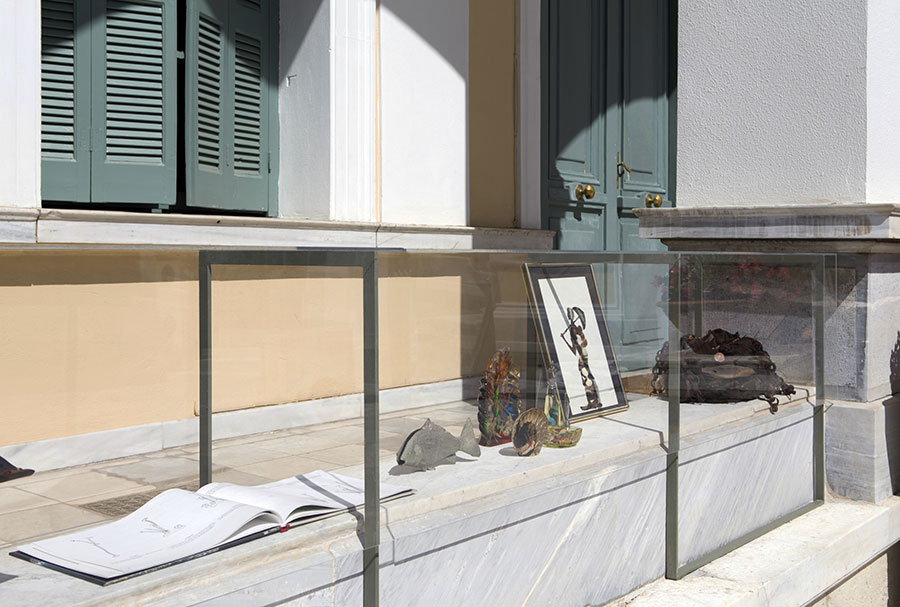 In the 16th century European colonisers and explorers would bring their wealthy patrons shells, seeds and animal horns from foreign lands to be encased in precious settings by craftsmen and displayed as exotic trophies in Wunderkammer or ‘cabinets of curiosity’. Eleni Kamma creates a modern Wunderkammer for the French School at Athens, itself a centre for the study of archaeological remnants. Four wooden cabinets contain botanical specimens, tools, vessels and other found objects that are both banal and magical. Each contemporary artefact or organic fragment embodies a cosmos where the natural and the human overlap. Kamma also reveals unexpected connections between objects triggering narratives. Kamma is interested in how objects carry cultural and anthropological connotations and the way they are assimilated by contemporary society. She employs taxonomy to address complex issues, unfolding associations that connect nature, collective history and cultural identity. Her display of objects also foregrounds the tensions between organic cycles and the human pursuit for utility. 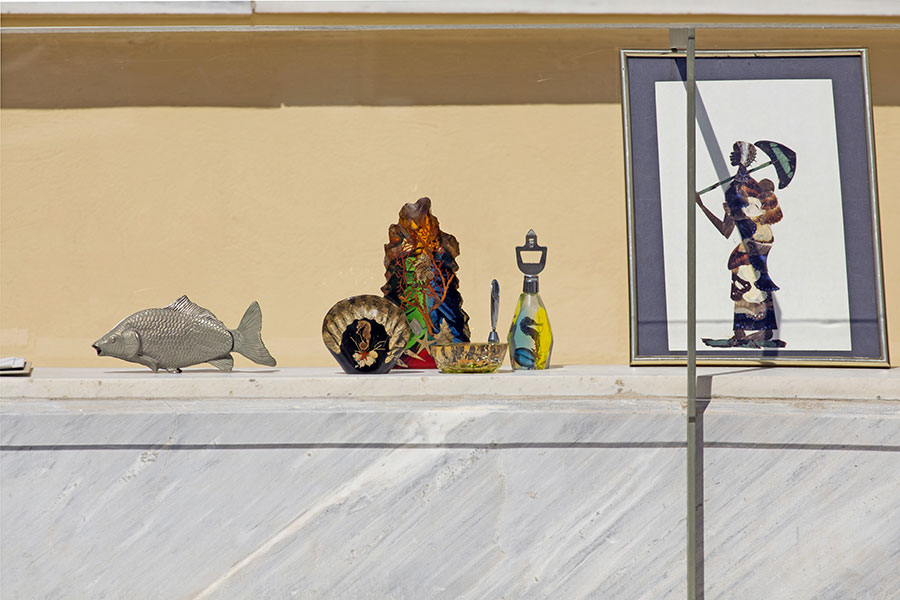 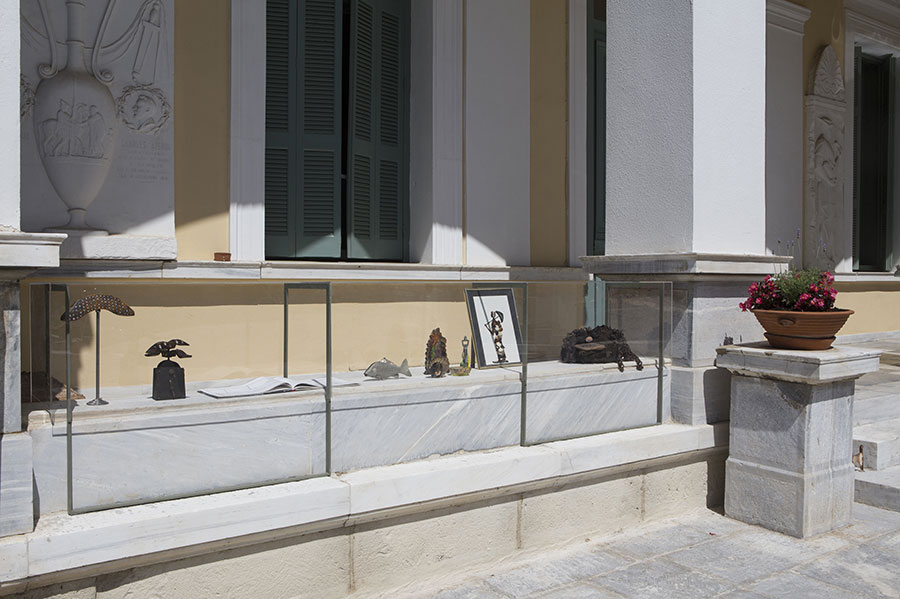 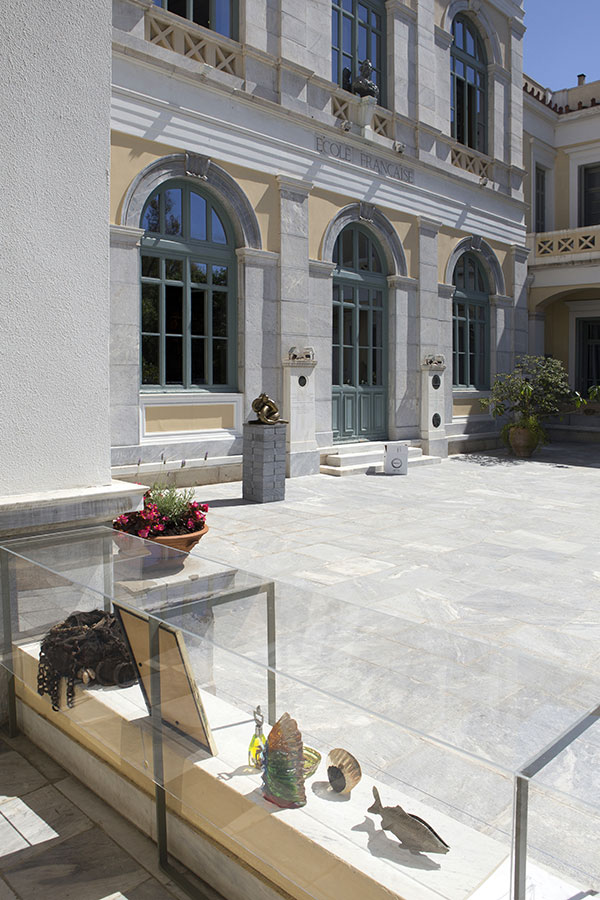 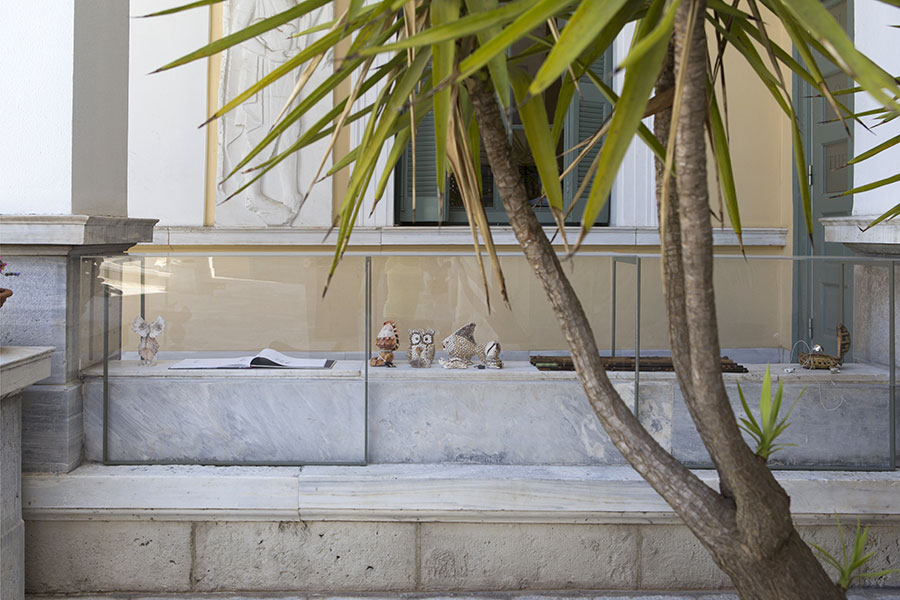 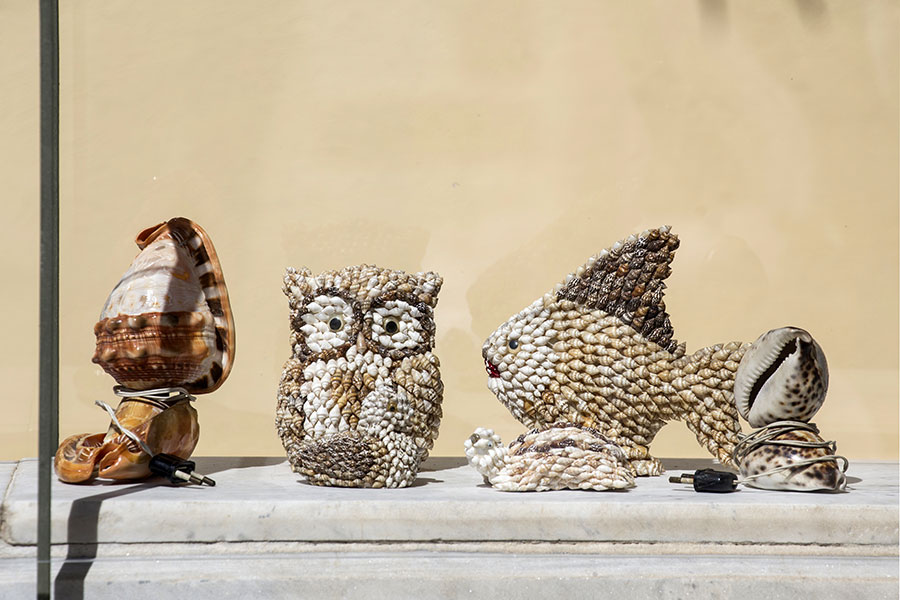