In Fact What Do You See Behind this Curtain?
November 21 – December 22, 2015
Curator: Maria Stathi 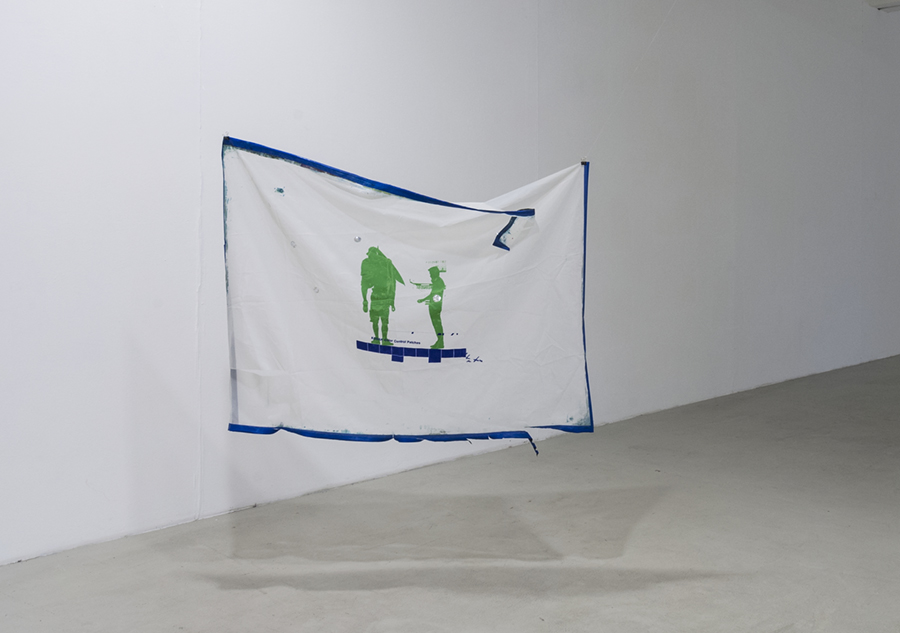 Eleni Kamma
People didn’t see at first that this man was there to demonstrate in silence against the State
Silkscreen print on discarded silkscreen mesh,2014
foto credits: Thyra Smidt

Art Seen Projects is delighted to present Eleni Kamma’s first solo exhibition in Cyprus. The exhibition showcases a series of video installations under the title Yar bana bir e?lence. Notes of Parrhesia that explore the theme of the Greek word ‘parrhesia’, a prominent aspect in Kamma’s most recent works responding to the current political and cultural affairs. Her works explore the deployment of free speech in different contexts, from the general public to political parties, in order to question how the notion of entertainment relates to personal expression and public participation.
Kamma explores the traditional Ottoman shadow theatre, Karagoz, a common tradition in the region, in countries such as Cyprus, Egypt, Turkey, Greece and Romania. Karagoz is the representative of a common man who expresses himself with ‘parrhesia’ revealing the truth on social and political issues of society with unlimited freedom of speech. The shadow puppeteer narrates stories behind the theater curtain, telling the unspoken as an honest representation of society. According to Emin Senyer, contemporary Karagoz master, theater is society’s mirror and Karagoz is exactly that. In fact, in Karagoz’s jargon the theater curtain (perde) is called “mirror”. ‘Now, in the rapidly evolving information age, the transition from oral to written communication seems to occupy a minor footnote in cosmopolitan history. The voice of Karagöz was silenced in the 19th Century when political satire was forbidden. The social power of oral theatre was also lost due to the influence of Western theatre culture and the introduction of the written word’ as Beatrijs Eemans describes on Kamma’s recent solo exhibition at Netwerk, Belgium. How to move forward? Can we learn something from the old masters? Can old tools be rethought? This is where the artist links to the Gezi Park protests in 2013, in which humor and creativity were key elements in mocking the political regimes. Kamma works with the aesthetic language and learns from traditional mediated formats that are slowly becoming extinct such as the theatre of shadows, aiming at creating awareness and proposing new practices on being political through her research.

The video It takes courage and breath to speak up reflects on ‘parrhesia’ which implies not only freedom of speech, but also the obligation to speak the truth for the common good, even at a personal risk. Camera moves in circles, choreographing and registering three performers around a microphone trying to “breathe” theater as public space. They come together as a group, but also depart from it, following their own individual rhyme. To speak your mind, you must first overcome fear by taking a deep breath. 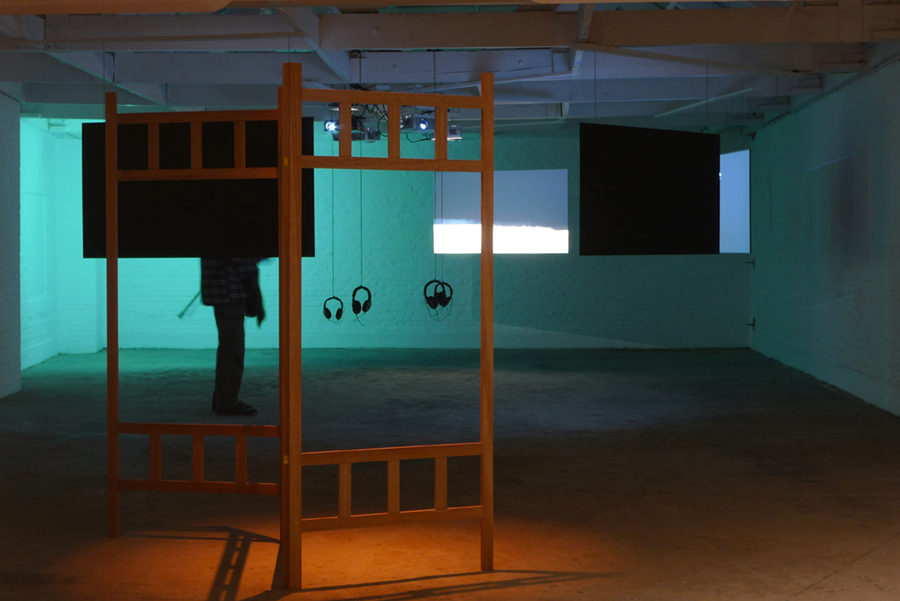 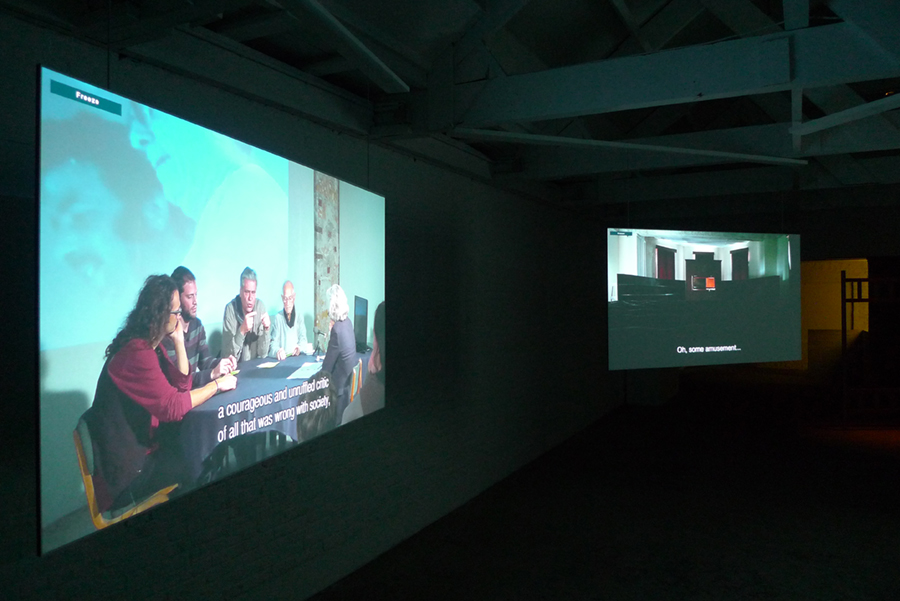