Last year, M HKA was invited by EMST in Athens for the opening exhibition in the new museum building. Today, Urgent Conversations: Antwerp – Athens forms the second part of this collaboration in which a number of dialogues between works from the two collections will be resumed. The urgency is to be found, not only at the level of the content, but also in a practice – the dialogic – which is symmetrical in its nature.
At first sight, Athens and Antwerp are extremes in today’s Europe. In any case, both cities have each in their own way contributed to Europe’s cultural fabric. The major lines of our social organisation stem from Athens, as well our idea of art. As for Antwerp, it is one of the key cities of the early modern era, a centre of research and thought, the city where Utopia was written and the first art market was created.
Urgent Conversations: Antwerp – Athens is built from the bottom up. A work of an artist from Belgium and a Greek artist’s work are linked. Starting from here, a subject arises. This theme will be further tested and enriched by adding a third work, creating thematic clusters – each time featuring three artists. The concept embodies the belief that art works can constantly raise new insights and thus encourage the dialogue that forms the social basis for our societal thinking.

#1 Thinking Visually
The notion of visual thinking was strongly apparent in the works of Anne-Mie Van Kerckhoven, Alevtina Kakhidze and Bia Davou.

Thinking can also take place in visual registers; complex ideas, emotions and situations can be expressed clearly and holistically by visual means combining primordial pre-linguistic reasoning and sophisticated media literacy. The primacy of codification into signs and symbols has been reversed by digital media allowing for immediate creation and exchange of images. Visual art is an outcome of the mental capacity of visual thinking.
Van Kerckhoven offers her services as a ‘head-nurse’; she believes visual art – as a form of thinking – may have a healing role in a world grounded in images. Kakhidze likewise takes drawing as a primary mode of thinking. Here, it is the backdrop for samples – selected by the EMST staff – of the three types of ‘news’ she made for the 6th Moscow Biennale (2015), were she produced every day “past news” (mainly about the war in Ukraine) “present news”, about what was happening around the biennale, and “future news”, a horizon of hope. Davou departs in an associative journey from serial structures based on mathematic sequences that transform into sails and Homeric references. 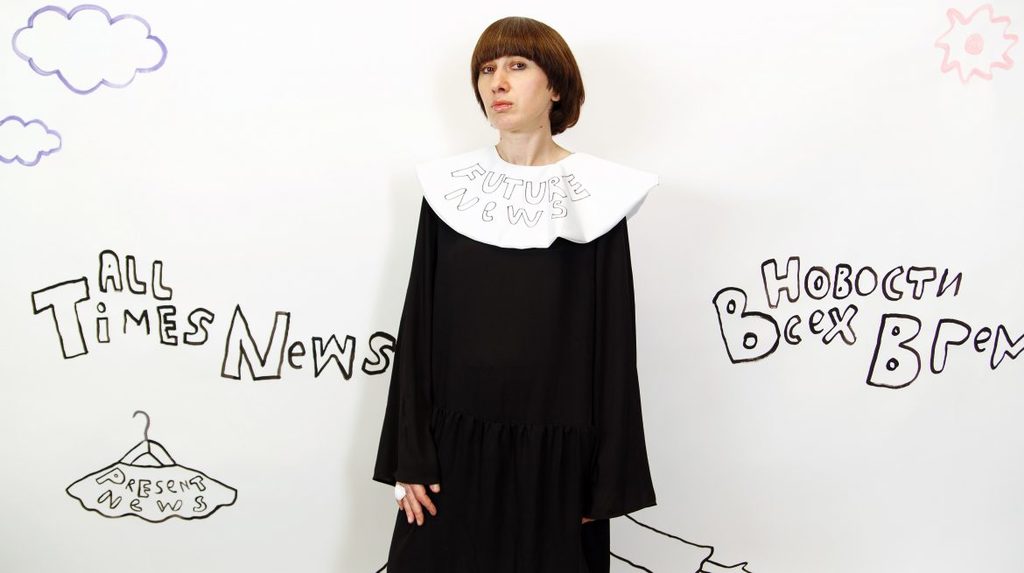 Alevtina Kakhidze was born in eastern Ukraine. Having lived in Kiev and Muzychi (Central Ukraine) since 1995, with the exception of two years research term at the Jan Van Eyck Academy in Maastricht (2004-2006) she declares about her multi-level culture identity; which includes parts of Ukrainian, Georgian and West European mentalities. She inherited Georgian surname from her father, and was raised within Russian culture, in its Soviet incarnation. The art practice of Kakhidze is based on personal experiences and imagination, talking about consumer culture, gender, love, culture of protest, experience of war, plants and everyday life, plants and dogs. Kakhidze has been an active and visible supporter of Maidan movements during winter 2013-2014. Information war between Ukraine and Russia, West and East, together with her multivalent personal biography, formed the complex basis of her work for Manifesta 10 Where The Wild Things Are. Last year, in the summer of 2015 Alevtina Kakhidze researched The Soviet-Finnish War, also called The Winter War, during a residency in HIAP, in order to create a link to contemporary situation in the East Ukraine with its military involvement of Russia there. In 2015 Alevtina Kakhidze also participated in the 6th Moscow Biennale.

Alevtina Kakhidze broadcasted last year a three video-channel news from VDNKh pavilion every day during the ten days of the Moscow biennial. At midday there was the Future News broadcasted, which was all about vision. In the afternoon there was the Present News, about events happening at that moment in VDNKh. The Past News in the evening was based on a text about Strawberry Andreevna, who lives in Zhdanovka, a small town to the northeast of Donetsk that has seen some of the heaviest fighting in the war in 2014. 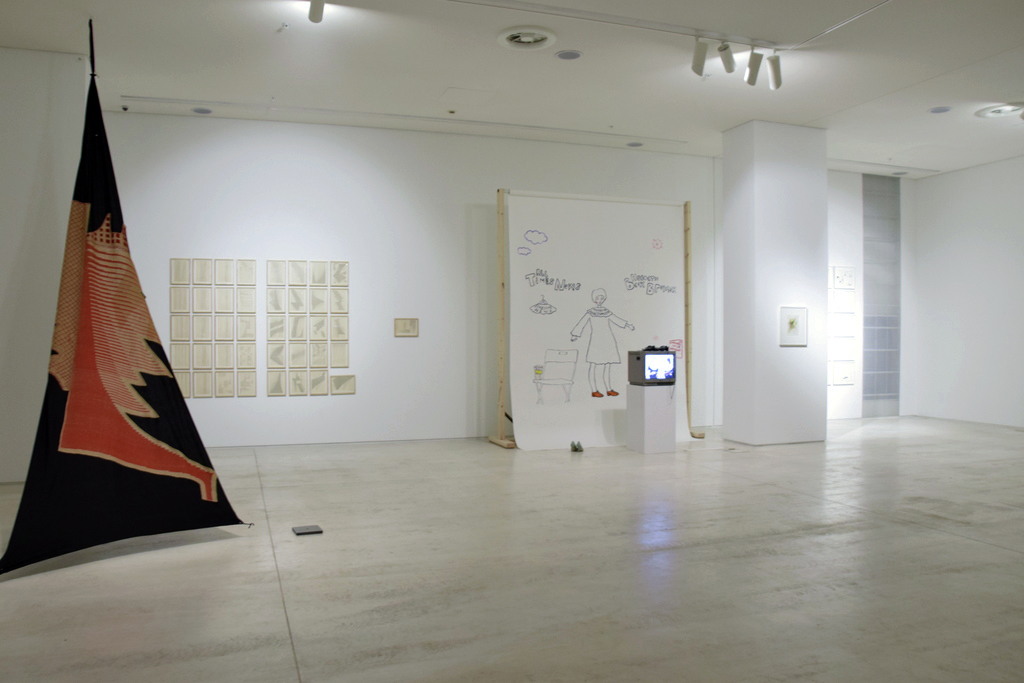