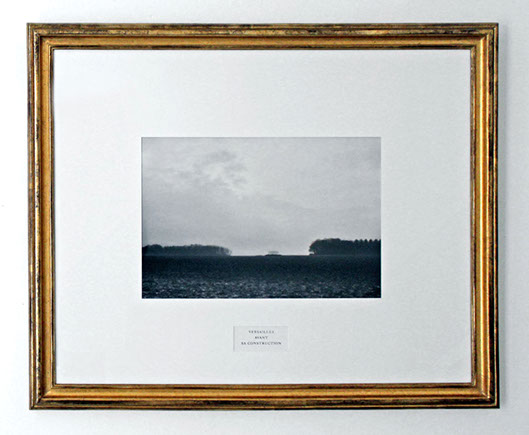 A 2010 archaeological research determined that the prehistoric Bradshaw cave paintings in the Australian Kimberley range had been colonized by red bacteria and black fungi, ‘living pigments’ whose rejuvenation (cannibalizing on preceding generations) and symbiosis (an exchange of carbohydrates and water) account for the paintings’ vividness, in spite of the drastic changes in temperature or humidity to which they are exposed. Bacteria and fungi coproduce a process of permanent self-painting, simultaneous with etching the pictures deeper into rock: eating into the quartz wall, the microorganisms preserve the integrity of images by reproducing in situ and creating concave frames for the painted surface. At least 40.000 years old, almost exclusively anthropomorphic, ‘alive’, the Bradshaw paintings maintain an idiosyncratic pictorial temporality and economy – or ecology – of signification. They are as much a product of prehistory – of a paradigm that pairs life, art and spirituality in ways we can only speculate upon – as they are made now, in a radical contemporaneity. What they mean cannot be disentangled from what they are, from the chemical and aesthetic metabolism that revitalizes their graceful contours.

‘Allegory of the Cave Painting’ takes these paintings as mental model. The project – consisting of an exhibition in two parts and a reader – assembles artworks and ideas in a polyphonic response to ‘living pigments’, their impact on narratives about the birth of art and knowledge, contamination (an eminently productive force here) and colonization, art’s quest for ‘life’ or the threshold between image and embodiment. The Bradshaws challenge a central archaeological metaphor: the inaugural moment of symbolic activity, an awakening where we begin and something that eludes us, that is fundamentally unfamiliar, ends. The ‘origins’ and ‘futures’ of the present age will be considered – in both the exhibition and the reader – in relation to the idiosyncratic time of the Bradshaws, the web of antonyms in which they capture the categories of our thinking about images, materiality and time.

The Extra City leg of the exhibition engages the ‘metabolism’ of the Bradshaw paintings, its impact on art-historical notions and historical positions, while ‘Allegory of the Cave Painting. The Other Way Around’, at the Braem Pavilion of the Middelheim Museum, dwells on a dialectic of intimacy and understanding, invitation and opacity in our relation to visual objects. The presentation at the Braem Pavilion is structured in concentric circles, around particular works and positions from the Middelheim Museum collection, whereas Extra City hosts a dense display that reflects on technologies for making and thinking pictures, the lights and shadows that accompany the birth of art and the progress of knowledge, the forms in which images manifest a sense of fragility or permanence. Through juxtapositions within and between the two segments, the project outlines a mode of visual imagination that is with its objects and questions, rather than about them, aiming to assemble an allegorical stage where a response to what the Bradshaw paintings might be telling us can be formulated.