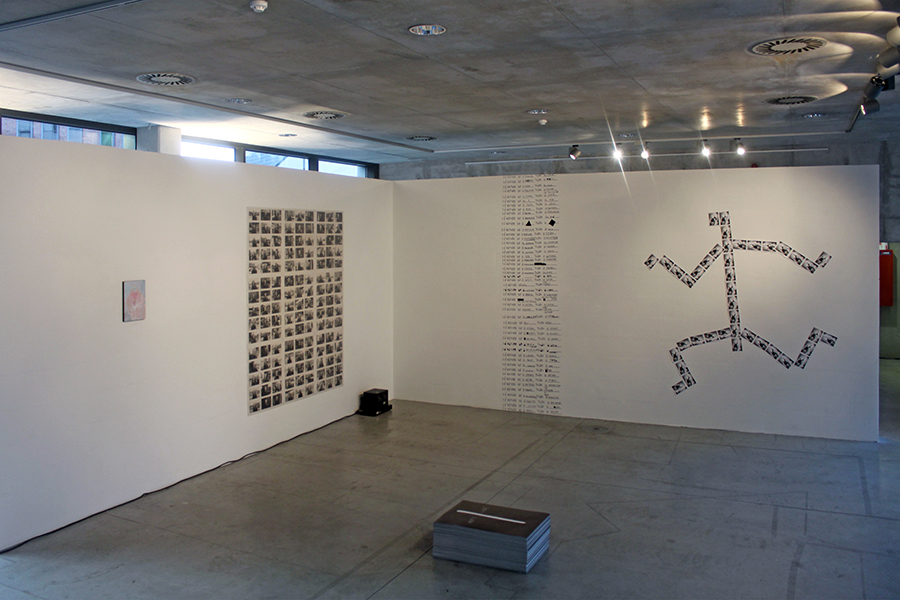 A peculiar case is that of the artist Jacques Lizène (b. 1946), another CAP member. Lizène used the medium of photography to supply either a commentary on, or subversion of, traditional genres such as portraiture, still life, or street photography.
He realized this through the notion of the mediocre, an approach that is in line with contemporary photo conceptual art as analyzed by Jeff Wall in his classic essay, ‘Marks of Indifference: Aspects of Photography in, or as, Conceptual Art ‘ (1995).
Lizène, however, went further than his contemporaries. Not only is his work- certainly his photographic work- characterized by a certain ‘deskilling’ and ‘visual banality,’ to use Wall’s terms, he also identified him self as the ultimate mediocre artist. In 1970 he defined him self as the ‘Minor, late mid -twentieth-century Master of Liege, Artist of the Mediocre and Unimportant ‘ [Petit Maitre liégeois de la seconde moitié du XXeme siècle, artiste de la médiocrité et de la sans importance]. In essence, Lizène used mediocrity as a means to claim the artistic value of an object or an idea that is not typically considered as praiseworthy. With this strategy of mediocrity – a deliberate refusal to make ‘high art’ – Lizène, in fact, continued the Surrealist methodology that had been most ‘purely’ adopted by Marcel Mariën.

In 1972 and 1973 Jacques Lizène created a series of photographic works entitled the Perceived and the Not-Perceived [Le Perçu et le Non Perçu] in which the photographic mechanism is shown, analyzed, and questioned in a light, humorous way. The series starts with a selfportrait entitled the Minor Master from Liege Pressing his Nose against the Surface of the Photograph [Petit Maitre liégeois s’écrasant le bout du nez sur la surface de la photographie]. In ‘The Quick and Incomplete Autobiography, by Lizène Himself’ (published in 1990 in his first catalogue raisonné), the artist asserted that ‘the surface of the photo was actually a window’ and thus, he qualified the image as ‘a mediocre joke ‘ This silly statement, nevertheless, makes the viewer conscious of the camera lens as a screen that separates the photograph from reality. Lizène’s remark also reminds the viewer of the fact that what is shown is not reality but an (indexical) image of reality.

Most of the other works that are part of the series the Perceived and the Not Perceived were based upon the idea of reproducibility, a fundamental characteristic of the photographic medium. In each work a series of photographs – with exactly or nearly the same images -is combined with a caption suggesting that the images differ but in a way that is ‘unperceivable.’ One of the works included in the series is: In the second photo the black sock worn on the subjects right foot is worn on the subjects left foot in the first photo, whereas in the third photo the subject wears two completely different socks [Sur la deuxième photographie, la chaussette noire portée au pied droit par le personnage est portée par celui-ci au pied gauche sur la première photographie tandis que sur la troisième photographie le personnage porte deux chaussettes differentes].

In this series the photographs alone cannot make the meaning of the artwork clear; words are required, therefore, in order to communicate the content that the artist intended. The combination of a series of images and a text in the form of a caption is a strategy that is often used within the discourse of Conceptual art. Take, for example, John Baldessari’s The Back of All the Trucks Passed While Driving from Los Angeles to Santa Barbara, California, Sunday 20 January 1963, which consists of picture s of, indeed, the back of trucks. The caption of this work (drily) describes what is seen in the pictures. By contrast, Lizène’s works that form the series The Perceived and the Not-Perceived challenge the relation between what is read and what is seen. This approach recalls the subverted image-text relation found in the work of Rene Magritte, such as The Treachery of Images [La Trahison des Images] (1929). In addition, Lizène affirmed in an interview his appreciation for Magritte and especially ‘his particularly modern way of interrogating the image (Gielen, 2003 : 23).’ In some works that preceded the series The Perceived and the Not-Perceived the titles of the photos describe the absurd performances represented in the pictures .The ‘picture frame’ is the photographic feature Lizène focused on most in these works. For instance, Forcing the Body to Fit Inside the Photo Frame [Contraindre le corps à s’inscrire dans le cadre de la photo] shows a mosaic of thirty self-portraits that gradually picture the change from a standing to a kneeling position. In each image, the camera zoomed closer and closer to the subject, forcing him to bend down increasingly until he appears totally contained by the framing of the camera. Other related examples from 1971 include: Minor Master from Liege Having Attached His Tie to the Photo Frame [Petit Maitre liégeois ayant accroché sa cravate au cadre de la photo]’ showing a full portrait of the artist whose tie indeed seems to be attached to the right upper corner of the photograph; Minor Master from Liege Entering the Frame of a Photo [Petit Maitre liégeois s’introduisant dans le cadre d’une photo] in which the artist pops up in the right side of the picture merely showing the upper part of his body ; Minor Master from Liege Joyously Entering the Frame of a Photo [Petit Maitre liégeois s’introduisant joyeusement dans le cadre d’une photo] , which consists of a sequence of two photographs showing the artist entering the frame of the picture while smiling; Minor Master from Liege Hesitating Before Entering the Frame of One Photo or the Other [Petit Maitre liégeois hésitant à entrer dans le cadre de l’une ou de l’autre photo ], which consists of two photographs, the frames of which cut the portrait of the artist in half.

A common element of this group of works is the performance aspect, which is typically executed by the artist him self. Lizène’s performances link his work to the ‘Conceptual canon.’ Taking Jeff Wall’s analysis in his essay, ‘Marks of Indifference,’ again as a point of reference, these performances can be connected to the work of Bruce Nauman. According to Wall, the performative qualities of Nauman’s work ‘brought photography into a new relationship with the problematic of the staged, or posed, picture.’ Furthermore, Wall described Nauman ‘s performances as a manifestation of the ‘subjectivization of reportage’ within the realm of photo conceptualism (ibid.). In his view, Nauman’s studio photographs, such as Failing to Levitate in the Studio (1966) or Self-Portrait as a Fountain (1966-6 7/70), changed the terms of classical, studio photography into a mode that was no longer isolated from reportage. Nauman realized this by working within the experimental framework of performance art, executing ‘a self-conscious, self-centered « play ».

Although Lizène’s photographs were not realized in the studio (but certainly could have been), his work corresponds to this analysis. Lizène is also the subject of a ‘self-centered play’ that uses the strategies of reportage photography in a humorous, inane way. Lizène’s approaches are even more enlarged than in the case of Nauman since the banality of Lizène’s scenes is reduced to new levels. Lizène’s works differ from the Conceptual canon in the fact that he uses actions in order to put him self into perspective, thereby rendering his work with a distinctly absurd, humorous undertone. As a matter of fact, Lizène remarked ‘ [that] on August 28, 1990, he realized he was one of the invent ors of the « comic conceptualism » of the early 1970s.’ Du e to their absurd, humorous character, some of Lizène’s strategies are perfectly in line with, for example, those of Nougé in Subversion of Images or Magritte in his amateur snapshots. As a matter of fact, the strategy of staging, of constructing an image in a theatrical, well-reasoned way, is one of the key concepts of Nougé and the Brussels Surrealists. In addition, as discussed by Frederic Thomas elsewhere in this volume, the montage and staging by Nougé in Subversion of Images is also derived from the documentary photographic style; he used the documentary style in order to generate – through small interventions-the greatest disturbing effect possible. This grafting onto reportage or documentary photography could also be denoted as a process of deterritorialization and thus, as a characteristic of minor photography. 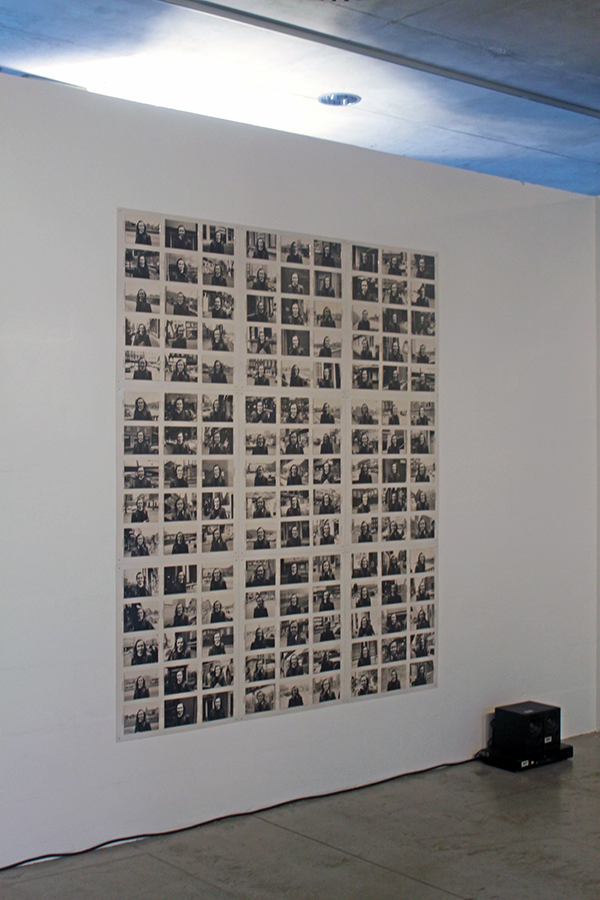 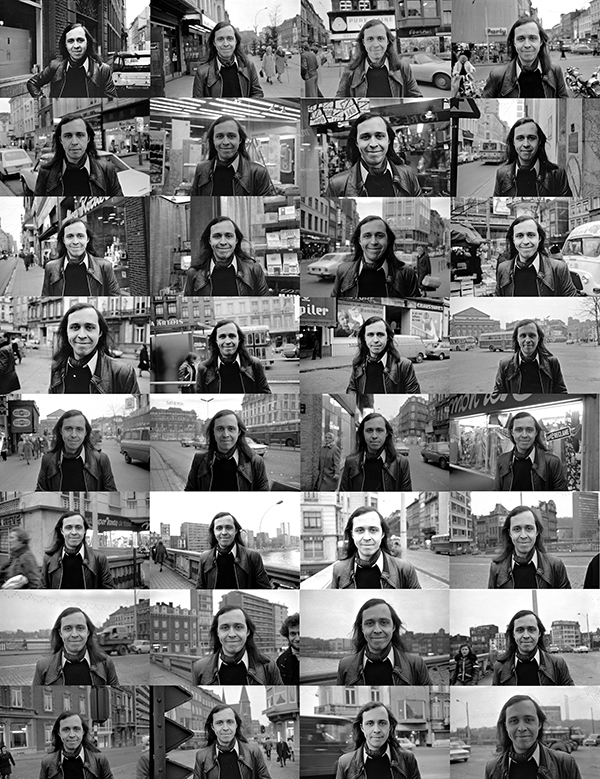 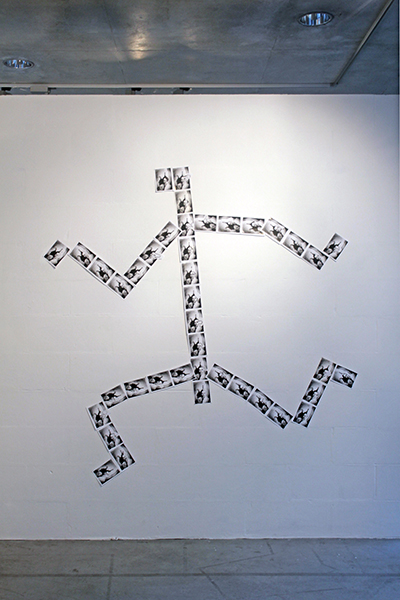 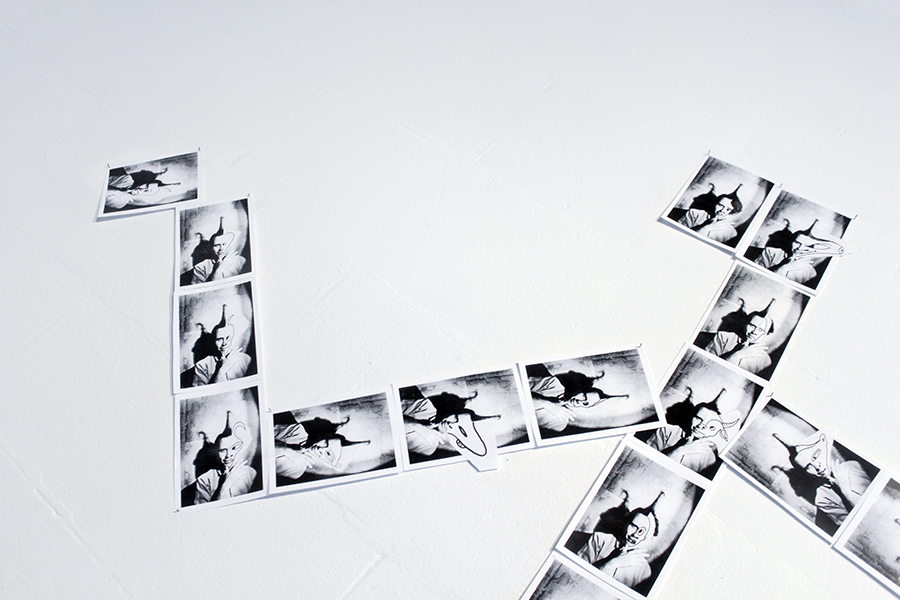