Under challenging circumstances, the Moscow Biennale of Contemporary Art opts for a radical format and changes its structure: the biennale will be condensed into ten days. Artistic, discursive and reflective moments will shape the space. Located in the Pavilion No.1 of VDNKh, it is here that the Moscow Biennale will evolve as a think tank in real time.

The title of the biennale is How to Gather? Acting in a Center in a City in the Heart of the Island of Eurasia. The central pavilion of VDNKh will become a site to embrace art and thinking in action, encompassing daily keynotes by thinkers, in situ work and performances by artists as well as workshops with Russian and international cultural figures. Artists such as Flaka Haliti, Rana Hamadeh, Fabrice Hyber, Alevtina Kakhidze, Suchan Kinoshita, Hanne Lippard, Taus Makhacheva, Amalia Ulman, Anton Vidokle, Peter Wächtler and Qiu Zhijie; writers such as Robert Menasse and Mian Mian; and system thinkers such as Ulrike Guérot, Kirill Rogov, Maya van Leemput, Saskia Sassen and Yanis Varoufakis will convene to find answers to questions such as: What are the fundamentals of a better life?, What are the grounds on which to formulate a constituency? Who are we (people, city, nation, empire, etc.)? What will Moscow be like in the future? All these questions primarily address an urgent dilemma: How can we live together?

After this ten-day gathering, different archival formats will follow up on the biennale, including a feature documentary by Singaporean film director Ho Tzu Nyen, a website with annotated documentation, a book, and a documentary exhibition from October 3 until November 1, 2015 at the site where the biennale took place, the central pavilion of VDNKh.

The 6th Moscow Biennale unfolds as a declaration of intent and an invitation to engage. The project, organized and supported by the Ministry of Culture of the Russian Federation, advances the development of new cultural spaces in Moscow, while the question mark in its title requires discussion and participation.

The curators are not proposing answers; instead they aim to create a situation that addresses the futures of humankind, art in its numerous forms and the Eurasian tradition of Russia, all in the setting of the VDNKh, Moscow’s All-Russia Exhibition Centre. A site symbolic of the USSR’s bringing together of traditions, the VDNKh embodies a history of Soviet nationhood as a village of pavilions and fountains. As the curators put it, “Art offers the possibility to gather, the possibility to cease being one, to become two, and perhaps more. It bears the potential to transcend the interpersonal sphere into a veritable soviet.” The potential implied is that of a return to communal, proto-Soviet roots, a search for rapprochement without loss of individuality.

In addition, the Moscow Biennale will include the auxiliary programs Special Guests, Special Projectsand Parallel Program, presenting works by artists who define the face of Russian and Western art today. Projects by Special Guests will be presented at leading venues, including Louise Bourgeois at Garage Museum of Contemporary Art, Anish Kapoor at the Jewish Museum and Tolerance Center, and many others.

The biennale is organized by the Ministry of Culture of the Russian Federation, the Government of Moscow, VDNKh and the Moscow Biennale Foundation.

The commissioner of the biennale is Joseph Backstein. 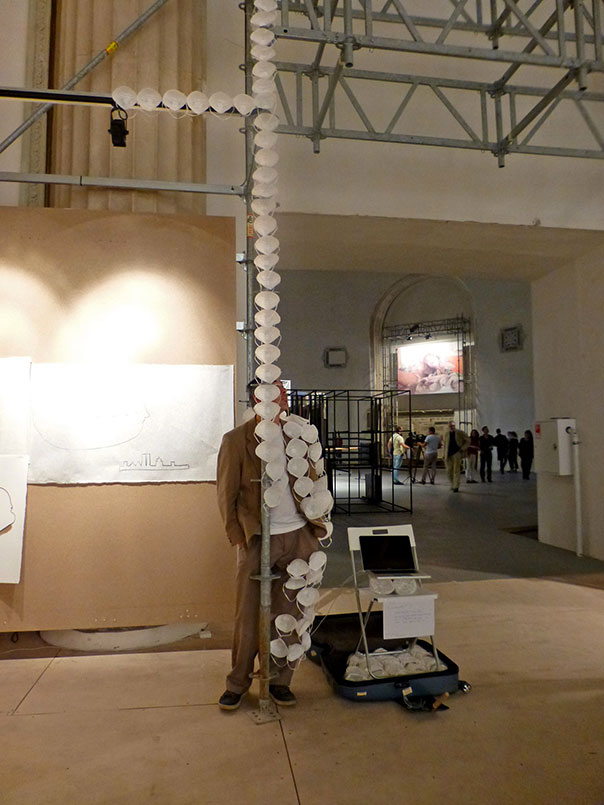 The oeuvre van Honoré δ’O consists of sculptures, assemblages and chain-reactions. It is many-facetted to say the least, and always in motion. The artist was born in 1961 as Raf Van Ommeslaege and reborn in 1984 in Ghent as Honoré δ’O. This rebirth and choice of artist’s name is connected to his take on art and life which, according to him, are interchangeable. Honoré δ’O settles scores with the static nature of art. His art works are dynamic and know no definitive form – they are always in movement. The everyday objects and materials that he uses continually change, split and multiply in an endless variety of ways. Here the details are certainly as interesting as the whole. At first sight his installations indeed look like a disordered multiplicity of materials, but on closer view you see that it’s full of considered compositions and that the details contain an ordered chaos. The same elements also return in different combinations. Honoré δ’O’s art is not ponderous, but light-footed and playful. We are always invited to play along and become part of the composition. Because of the size of his installations, the visitor can contemplate it from different viewpoints and discover new meanings.

Honoré δ’O focusses on one of the ten biblical commandments every day. The commandment of the day is voiced at intervals; in Russian on the full hour, in English on the half hour, in Chinese or Hebrew/Flemish/Hindi on the quarter hours. Honoré composes 10 delineations on the Ten Commandments. Everyday a specific reflection on the commandment of the day will be performed. Honoré will edit the consecutive abidances into one screening The Ten Commandments: How To Gather. Besides Honoré offers a sign: a barrier. The barrier as symbol of human rule and regulation, but being placed on the height where it can also articulate our relation to upper strata.

Before her career as an artist, Suchan Kinoshita, the child of a German mother and Japanese father, worked in the theatre as actor, director and set builder. These experiences informed her views, as an artist, on the role of the spectator as an active observer and the multiple and individual interpretation of a work of art. Kunoshita’s works of art unfold in the course of time, as dynamic processes in which the personal relationship between the spectator and the work take shape. The place and time of the presentation play an important part. As far as she is concerned, static depictions and representations of ‘something else’ are only a distraction. Kinoshita’s mixed background and her experience in multiple artistic disciplines are clearly visible in her work, in which she looks for boundaries, transgresses them, and ignores them. One theme that Kinoshita regularly addresses is the experience of time and space. Important here are both the different conceptions of time and space in the two cultures in which she is rooted, as well as the different ways in which time and space are employed and depicted in the disciplines of theatre, music and visual art. She combines the process-based approach of theatre and music with the generally more static nature of visual art.

‘To Whom It May Concern’, different contributions for different moments during the ten days of Moscow. 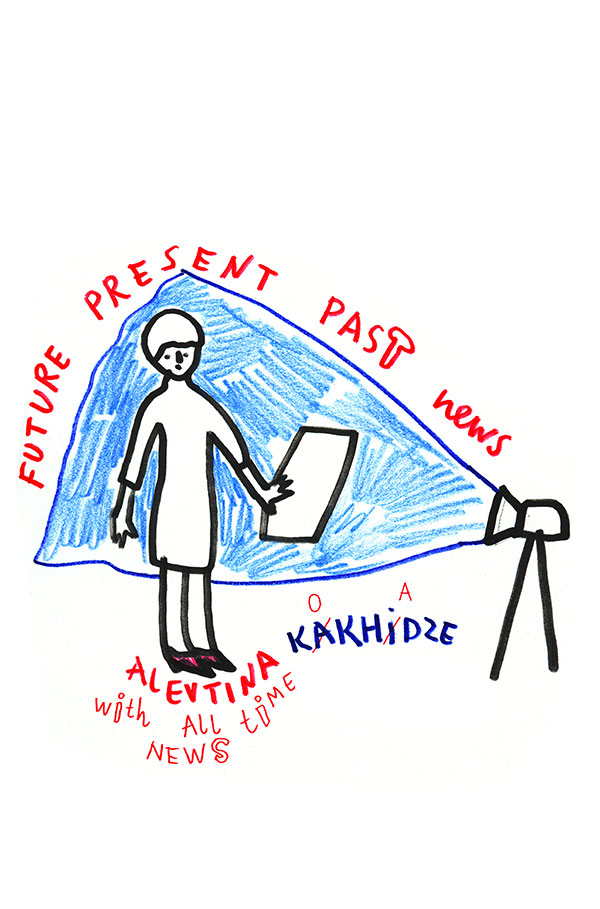 Alevtina Kakhidze was born in eastern Ukraine. Having lived in Kiev and in Muzychi (Central Ukraine) since 1995, with the exception of two years research term at the Jan Van Eyck Academy in Maastricht (2004-2006) she declares about her multi-level culture identity. Art practice’s of Kakhidze are based on personal experiences and imagination, talking about consumer culture, gender, love, culture of protest, experience of war, plants and dogs, experience of war, plants and dogs.

Alevtina Kakhidze will have three video-chanelled news broadcasts from VDNKh every day during the ten days of the Moscow biennial. At midday there will be Future News, which is all about vision. In the afternoon there will be Present News, about events happening at that moment in VDNKh. The Past News in the evening is based on a text about Strawberry Andreevna, who lives in Zhdanovka, a small town to the northeast of Donetsk that has seen some of the heaviest fighting in the war in 2014.