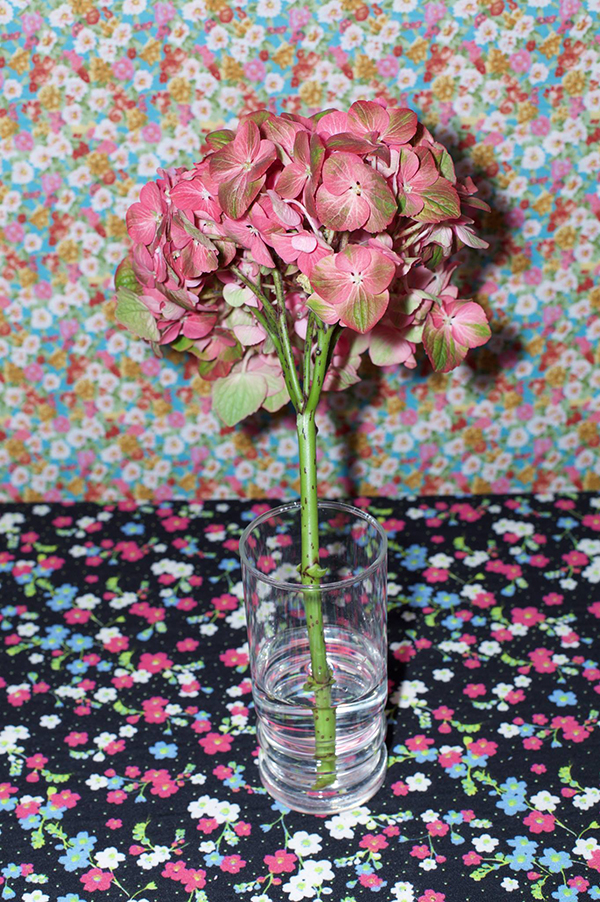 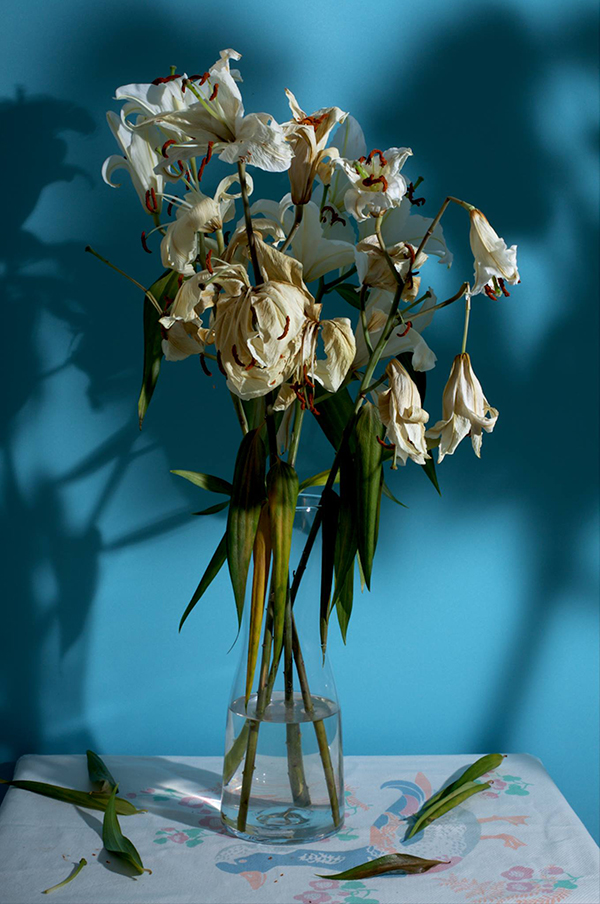 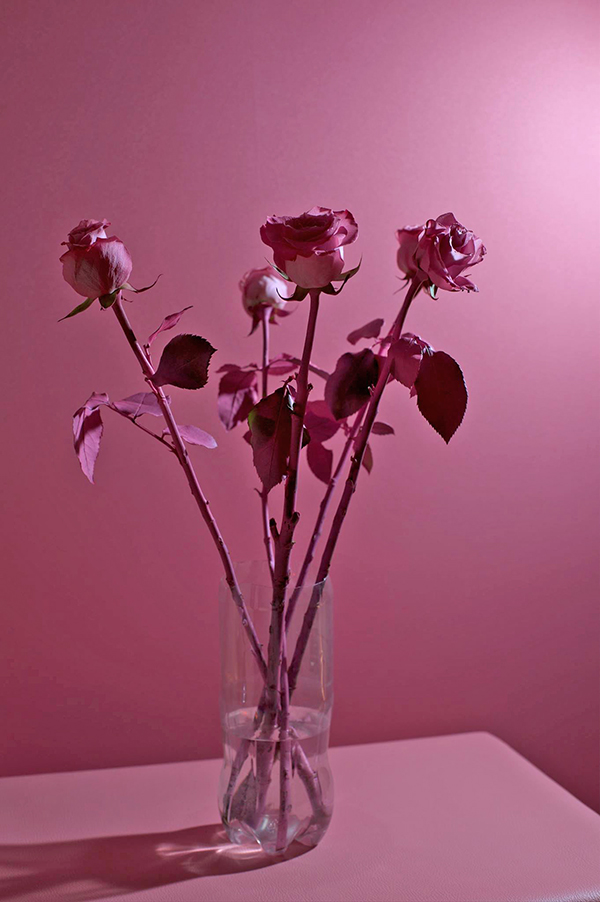 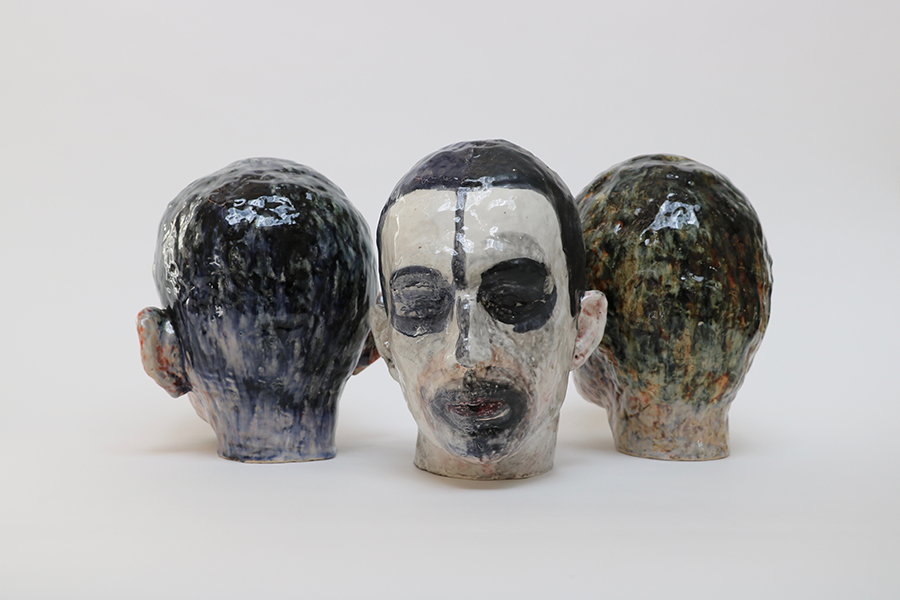 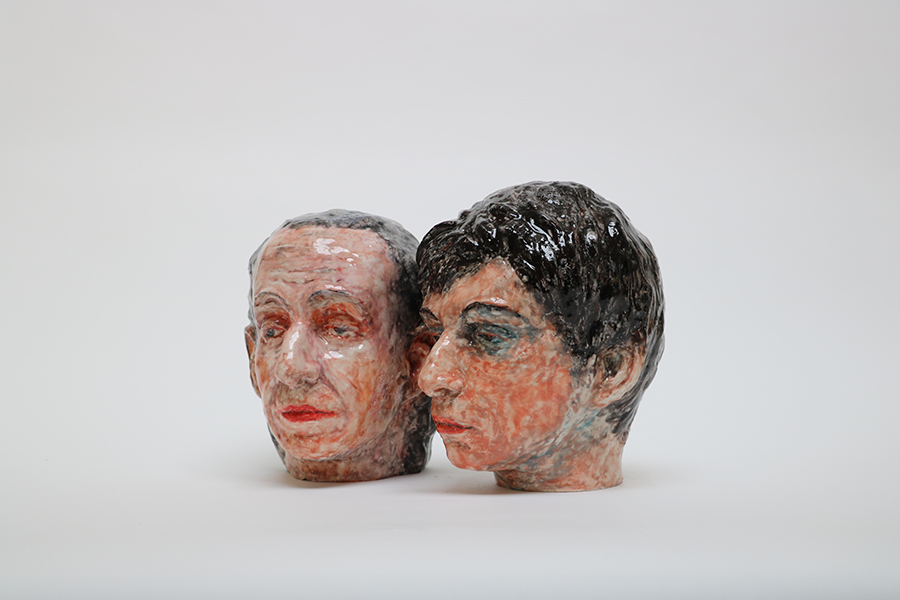 (…) It is this tradition of the ‘Unheimliche’ that I am reminded of by many of the powerful sculptures of Maen Florin. The expressions, transfigurations, travesties and fusions of images in which her gallery of alienating figures excels, refer without a shadow of doubt to the elusiveness of the unexpected appearance – that of something that cannot be straightforwardly defined, but which still has to be submitted to. In its philosophical sense, ‘appearance’ means the arrival of something that cannot immediately be understood – something that appears for the first time is therefore always frightening because it does not yet belong to the grammar of the known. Only then are we faced with the terror of the appearance: that it can constantly and seemingly inexplicably be repeated sometimes to the point of nausea. Both forms of appearance – that of the unexpected figure who suddenly stands before you, and the repeated one of figures that provoke revulsion – are pervasive in Florin’s series and constellations. The images in the ‘Commedia’ series for instance (a title that lacks any further explanation so that we have to decide for ourselves whether they have to do with a divine or a human comedy, or even a ‘commedia dell’arte’) display ambivalent expressions of grief, meditation, self-absorption or introspection. (…)

Because Maen Florin is able to blend all these reminiscences in each of her series of sculptures, she ensnares us with her psychological sophistication, while at the same time creating an impression of guilt-ridden lucidity. And yet her work is at no time moralistic: morality always has to do with a simplification of the psyche. She on the other hand shows us the poetic complexity, both of the imagination and of the appearance that bewilders. It is this that makes her sculptures at once so vulnerable and enormously powerful; they attract our gaze, they reject our gaze, they set up an unsettling exchange between our interest in them and their sudden appearing. Their childlike bodies shoulder the conscience of an adult world that has no intention of resembling them, but which, in the person of the viewer, knows full well that an image of buried inwardness is standing there before our eyes. There is nothing else we can do, but submit to the oscillatory movement between our gaze from the corner of our eye and the closed or downcast gazes of these icons of the tormented inner life. It is a matter of the countless, unfathomable emotions and feelings that make up that entire domain of the impossible relation of the subject with itself. This also explains the appearing of our repressed interiority: of the demons, ghosts and childlike dwarves of our own stock of imagery. It is an interiority that impresses us as something completely ‘outside’ – as exteriority.

With this paradox we come perhaps face to face with the most urgent aspect of this work: that which originates in our deepest inner selves seems completely alien, almost obscene (in the sense of the Latin term obscaenus – that which appears on the mental scene from an unexpected quarter). And nonetheless it is recognizable in all these forms: they emerge as former family members of the hunchback. They occupy the twilight realm of morality, one that is dominated by riddling expressions but where there are no moral landmarks.(…)

Tat Tvam asi – this is the formula of the ancient Vedantic Sanskrit hymn: this is what you have always been, the ultimate stranger that you are for yourself, the image of the Self. The human awareness that suffers from its own appearance – also in the form of everything strange that human beings in our time are confronted with: the exotic fellow human, the person of ‘colour’, the foreigner, the refugee, the noble fool, the one with different religious or political views, the victim and the executioner, the immigrant and the homeless person, the beggar and the child washed up ashore on a deserted beach, or the face of the abused ‘in-between people’ who emerge out of the twilight of the repressed consciousness. These contemporary associations also lie concealed in the encyclopedia of expressions, forms and attitudes that the artist confronts us with. It is for this reason that, quite apart from its radical psycho-poetic and iconographically timeless character, I also experience the work of Maen Florin as being of contemporary social relevance. Not because it refers directly to our reality, but also because it opens an imaginary space in our own fundamental self, where the essence of what we find strange turns out to belong to our own deepest inner being. 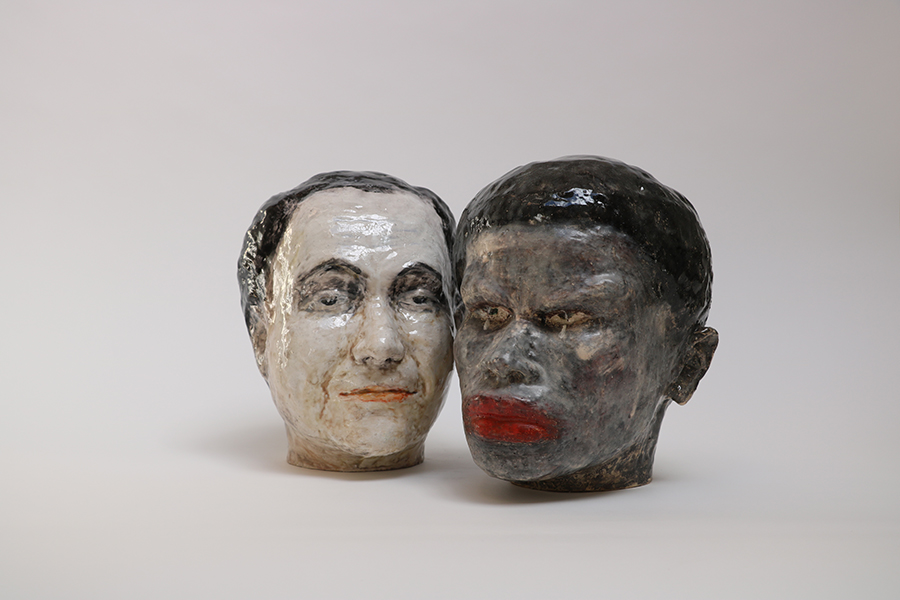 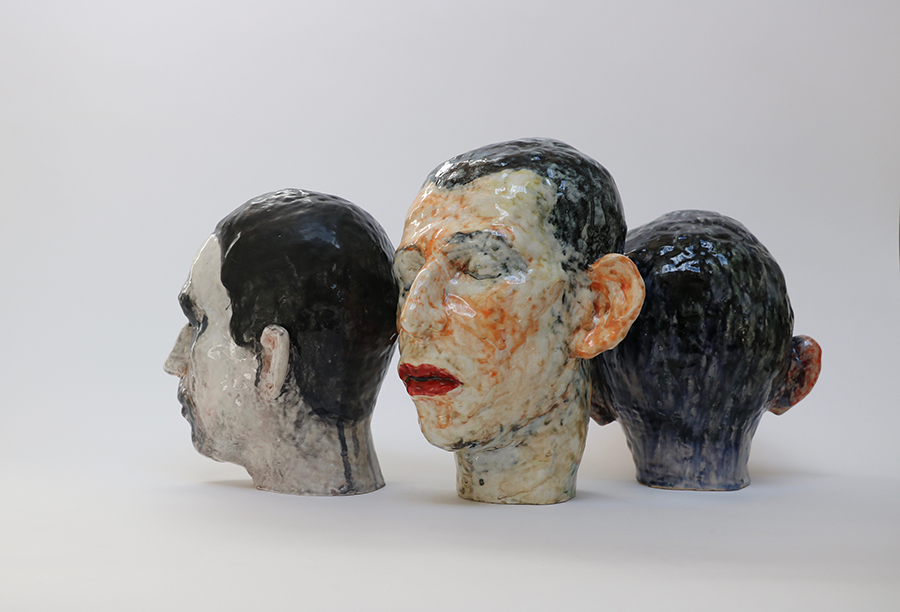